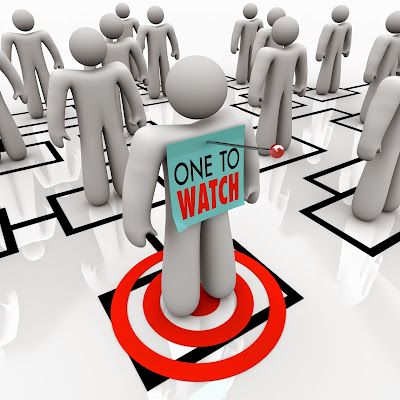 Are employees whose employment is terminated while “on probation” entitled to common-law reasonable notice? A Small Claims Court decision from 2012, Cao v. SBLR LLP (2012), 217 A.C.W.S. (3d) 871, 26 D.E.L.D. 172 (ON SCSM), serves as an important reminder that the answer from Ontario’s courts can sometimes be a resounding yes.

Cao concerned the case of an accountant who accepted an offer of employment with the defendant employer, SBLR LLP, pursuant to the terms of a written employment contract. The terms of employment included a probationary period of 90 days. Six weeks into her employment with SBLR, Ms. Cao’s employment was terminated; ostensibly for “just cause.” The trial judge, J. Prattas D.J. found that Ms. Cao was not given reasonable or fair opportunity to demonstrate her fitness for the position for which she was hired.

Relying heavily on the decision of Mison v. Bank of Nova Scotia (1994), 6 CCEL (2d) 146, 1994 CanLII 7383 (Ont. Gen. Div.)) considered by this blog in the earlier post Right to Fair Opportunity on Probation, Deputy Judge Prattas said the following about the rights of employees on probation:

[62] … an employer is not entirely relieved of its obligations to act fairly simply because the employee is on probation.

In the end, Deputy Judge Prattas found that the employer did not have just cause for termination, the result of which being that she was entitled to reasonable notice.

[98] Ever since the 1936 case of Carter v. Bell & Sons (Canada) Ltd. (1935), [1936] O.R. 290 (Ont. H.C.), the jurisprudence has established that "employment contracts for an indefinite period require the employer, absent express contractual language to the contrary, to give reasonable notice of an intention to terminate the contract if the dismissal is without cause".

[99] Though this common law notice requirement may be presumed in employment contracts, it can only be rebutted by clear and unambiguous language in the contract.

[100] The plaintiff therefore submitted that the Contract in the case at bar does not refer to the minimum notice provisions of the Employment Standards Act, 2000, S.O. 2000, c. 41. ("ESA") and does not specify any other period of notice upon termination.

[101] Therefore, since she was dismissed without cause and there is no contractual limitation on the amount of notice, the plaintiff was entitled to reasonable notice in accordance with the common law principles as enunciated in such cases as Machtinger and Christensen v. Family Counselling Centre of Sault Ste. Marie & District, [2001] O.J. No. 4418 (Ont. C.A.) at paragraph 8, citing the trial judge's decision with approval.

[103] In this case, the plaintiff was 30 years old at the time she was terminated. Her position as a Tax Accountant was technical and specialized. She had spent three years with Soberman LLP in a similar position researching tax matters, preparing a variety of tax returns and working with tax authorities. In addition, the plaintiff had considerable other experience as a bookkeeper and accountant. She was well educated, with an Honours Bachelor of Science and was on her way to obtaining her CGA designation. Moreover, it is clear from the plaintiff's considerable efforts to find a new job that there was not an abundance of similar employment for tax specialists available in late 2008.

The plaintiff had argued that she was entitled to five months of reasonable notice and cited a number of similar cases in support of her position. For its part, the defendant employer argued that five months was excessive. The employer further argued, relying upon the cases of Kirby v. Motor Coach Industries Ltd. (1980), 6 Man. R. (2d) 395 (Man. Co. Ct.) and Stephens v. Morris Rod Weeder Co. (1989), 27 C.C.E.L. 92 (Sask. Q.B.), that the amount of termination pay to which a probationary employee is entitled has been held to be less than if the employee had not been on probation.

Although Deputy Judge Prattas did not find that Ms. Cao was induced to leave her former position, he did note the following before granting judgment in her favour:

[119] In assessing the length of reasonable notice one must keep in mind that a probationary employee has taken a risk and given up a previous job or other job finding opportunities to accept the new position.

In the result, as noted above, the plaintiff was awarded four months notice, worth $20,000.00.

This blog has previously considered the subject of the rights of employees “on probation;” see Right to Fair Opportunity on Probation and Probationary Periods and Notice. In both of those earlier posts this blog took the position that simply because an employee is “on probation” does not necessarily mean that the employee is not entitled to anything in the event of a termination without cause. Cao is simply a further reminder of that principle.

The takeaway for employees is that simply because one was “on probation” does not necessarily mean that one can be summarily fired without notice or severance. What is more, although “length of employment” is one of the four factors set out in the case of Bardal v. Globe and Mail for calculating reasonable notice, as both the Cao decision and the decision of the Court of Appeal for Ontario in Love v. Acuity Investment Management Inc., 2011 ONCA 130 (CanLII), demonstrate, one must careful of the dangers of placing too much emphasis on length of service, as it is just one factor to be taken into account. (For a summary of another case involving a short-service employee, in that case an employee employed for 51 weeks being awarded a considerable amount of severance, consider the post ONSC Awards Four Months Notice to Employee With Less Than One Year of Service.)

There are several takeaways for employers from this decision, the first of course being that simply because you say that an employee is “on probation” does not necessarily mean that the court will allow you to fire that employee without providing them with reasonable notice or a payment in lieu thereof.