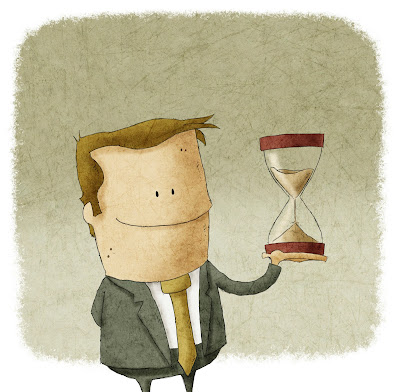 What is the appropriate notice period for an employee dismissed after less than one year of employment? While the answer will always be “it depends,” in a decision released today by the Honourable Justice Catherine D. Aitken of the Ontario Superior Court of Justice sitting at Ottawa, Wellman v. The Herjavec Group Inc., 2014 ONSC 2039 (CanLII), the reasonable period for an employee who had worked for only 51 weeks was found to be four months.

The case involved a 40 year-old employee who was hired by the Defendant employer to be its Pre Sales/Post Sales/Data Services Engineer. The Plaintiff commenced work on July 16, 2012, and was dismissed some 51 weeks later, without cause on July 8, 2013. Justice Aitken made a finding that during the period of employment, Mr. Wellman had worked diligently for the Defendant employer and was never reprimanded, punished, nor advised of any concerns with respect to his work.

The Plaintiff’s base salary was $95,000, and he was entitled to participate in the employer’s group benefits program.

At the time of his dismissal from employment, Mr. Wellman was provided with two weeks pay in lieu of notice, ostensibly in accordance with the terms of his employment contract with The Herjavec Group. The employer would later concede that it could not rely upon that contractual termination clause to establish the Plaintiff’s notice requirements.

The case was resolved by way of a motion for summary judgment. The parties had discussed the matter and agreed that the only matter in issue was the quantum of reasonable notice to which the Plaintiff was entitled. The Plaintiff took the position that he was entitled to five months of notice; the Defendant responded by taking the position that he was only entitled to two months. Sean Bawden, principal author of this blog, represented the Plaintiff employee.

In resolving that the Plaintiff was entitled to four months of reasonable notice, Justice Aitken made a number of important findings with respect to each of the Bardal factors.

With respect to the length of service, at paragraph 10 of her decision, Justice Aitken wrote:

The Plaintiff was employed by the Defendant for 51 weeks, just one week shy of a year. Thus, the Plaintiff was a “short service employee.” Although this factor tends to reduce the appropriate notice period, Goudge J.A. in Love v. Acuity Investment Management Inc., 2011 ONCA 130 (CanLII), at para 19, warned of the dangers of placing too much emphasis on length of service, as it is just one factor to be taken into account.

With respect to the Plaintiff’s age, Her Honour wrote:

At the time of his dismissal, the Plaintiff was 40 years old, married, and the father of two children. His mid-range age is a neutral factor. He was not at the beginning of his career, where an employment set-back can be recovered from more easily. At the same time, he was not nearing the end of his career when a dismissal from employment can turn into a forced retirement. He was young enough, and had enough of his working life ahead of him, to still be of interest to employers. At the same time, it would be reasonable to assume that, by his age, he could have family responsibilities that might make him less mobile than a young person starting out in a career, and this is of some relevance when mitigation is considered.

On the issue of mitigation and the availability of similar employment, Justice Aitken observed that according to the evidence put forward by the Defendant, the information technology industry as a whole was in decline in the months following Mr. Wellman’s termination from employment.

In response to the Defendant’s suggestions that there may have been work in the IT sector outside of the National Capital Region, Justice Aitken, echoing the words of Justice Penny in the earlier decision of the Ontario Superior Court in Tsakiris v. Deloitte & Touche LLP, 2013 ONSC 4207 (CanLII), (summarized in this blog in the post The Duty to Mitigate: Employees Not Required to Accept a 'Bird in the Hand') held that:

Although Her Honour made no express reference to the Tsakiris decision, readers can be assured that the court’s attention was brought to the same in the making of the above submission.

In response to the Defendant’s suggestion that the IT sector is a highly volatile one, and one in which employees should expect their employment to be short, Justice Aitken held:

Companies come and go, the needs of companies change rapidly, and employees have to expect a career with many moves. Although this may be the case, the uncontroverted evidence of the Plaintiff was that he anticipated being with the Defendant for a minimum of three years… The nature of the IT industry may reduce the length of a reasonable notice period by a certain amount but, in the context of this case, not by very much.

I would peg the Plaintiff’s level within the organization as being middle to senior management, though not within the high echelons of power and authority. In addition to his job description, his salary of $95,000, his benefits, and the fact that he was to be reimbursed for such activities as business promotion, “including golf, lunches and dinners with clients or potential clients,” even though he was in a technical, not sales, position, suggests that he was in management.

It’s hard not to agree with a decision when you are counsel for the winning side. In this author’s opinion, the court got the case right. While the Plaintiff submitted that five months was the reasonable notice period in this case, given how few short-service cases are available for comparison, the same was an educated guess more than an absolute position. Four months is certainly within the range of what would have been expected.

The takeaway for employees from this case is that simply because you have not been employed for a long period of time does not mean that you are not entitled to a reasonable amount of notice of your dismissal. Mr. Wellman was employed for less than one year, and was provided with what many think is the appropriate amount of notice of dismissal: two weeks. As this case demonstrates, two weeks will not always be appropriate.

There are two key takeaways for employers from this case.

First, it can pay to use professionally drafted employment agreements. The employer in this case had an employment agreement, but the termination provision could not be relied upon when it was necessary. Although not referenced in the decision because it was unnecessary, it was argued that the termination provision contained within the employment agreement could not be used to establish the reasonable notice period for the reasons set out in the cases of Wright v. The Young and Rubicam Group of Companies (Wunderman), 2011 ONSC 4720 (CanLII), summarized by this blog in the post Poorly Drafted Employment Agreement Proves Costly and Stevens v. Sifton Properties Ltd., 2012 ONSC 5508 (CanLII), summarized by this blog in the post No Termination Agreement Without Benefits.

Second, there is no mathematical formula by which one can calculate reasonable notice. Simply because an employee has only worked for 51 weeks does not mean that an employer will always be able to get away providing that employee with only one or two weeks of notice, notwithstanding what the Ontario Employment Standards Act, 2000 might say.