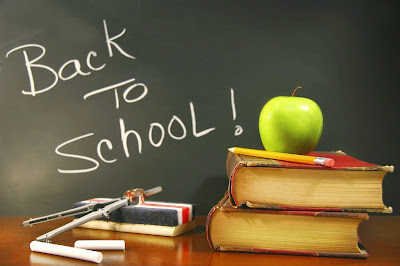 At the end of 2013, this blog proclaimed the decision of the Human Rights Tribunal of Ontario in Fair v. Hamilton-Wentworth District School Board, 2013 HRTO 440, as the number one case in Ontario employment law for that year. At the end of September 2014, the Tribunal’s decision was upheld by a three-judge bench of the Ontario Divisional Court: 2014 ONSC 2411.

While one has to assume that this case is still yet far from over, the purpose of this post is to consider the decision of the Divisional Court with respect to this matter.

For those who may not recall, Fair was a case more important for its decision on remedy than anything else. The Tribunal had found that the employer had discriminated against the applicant on the basis of a disability for nearly nine years (from April 2003 until the Tribunal’s decision in February 2012.) However, even more incredible was what the Tribunal did next. In its decision on remedy, the Tribunal not only ordered the employer to reinstate the employee to suitable employment, the Tribunal ordered the employer to calculate the applicant’s loss of wages from June 26, 2003 until the date of reinstatement (bear in mind this decision was given in March 2013) and pay such an amount, including all pension contributions, and take account of all tax, EI, and CPP implications as well. $30,000 in general damages was also awarded. Interest of those amounts was awarded from November 2004. According to an article in the Toronto Star, the total award came to over $450,000.

In its unanimous, and surprisingly rather short decision, the three-judge bench comprised of Justices Matlow, Ellies And Whitaker dismissed the employer’s argument that the remedy was unreasonable. With respect to the issue of reinstatement, the court said the following:

[41] It is certainly the case, as the Board [the employer] points out, that reinstatement is an uncommon remedy in human rights litigation. It is not, however, unusual in labour relations litigation under the provisions of a collective agreement where one might be dealing with exactly the same issues.

[42] The Code provides the Tribunal with broad remedial authority to do what is necessary to ensure compliance with the Code. It is fair to say that while reinstatement is unusual, there is no barrier or obstacle to this remedy in law.

[43] Concerning the timeliness of the remedy, we agree with the submission made on behalf of Fair that the goal of the remedial provisions of the Code ought not to be thwarted because of the passage of time that was largely beyond the control of Fair.

[44] The Vice-Chair’s decision with respect to remedy is intelligible, transparent and with justification.

[45] The outcome is within the range of reasonable expectation.

Nothing more was said on the issue by the court. Indeed, given the rest of the court’s decision, the impression with which one is left is that Member Kaye Joachim just about nailed it.

More employees are seeking ways to avail themselves of the remedies afforded by the Human Rights Code. Given the delays inherent in the system, and given the potential for reinstatement together with back pay, employees are keen to attempt to obtain those remedies rather than simply accept a reasonable notice period as is prescribed under typical wrongful dismissal cases.

I think we’re going to see not only more of a shift to human rights cases, but potentially a call for a change to the Ontario Employment Standards Act, 2000 to include the right of reinstatement following dismissal, similar to what is already provided for in section 240 of the Canada Labour Code. With an Ontario provincial election looming, might one of the parties consider such a bold proposal?

It now seems unlikely that there will be any expansion of the right to reinstatement under the Ontario Employment Standards Act, 2000. Such a suggestion was perhaps a bit exaggerated.

However, the observations of an expansion of the number of claims being commenced by way of an application to the Human Rights Tribunal of Ontario were, at least anecdotally, well founded. The Divisional Court’s recent decision in Fair will likely do nothing to curtail such an expansion.

What does the court’s decision in Fair mean for employees? It means that in Code-related discrimination cases, concerning large, public employers reinstatement with back pay will remain an option. It means that employees do not have to accept their termination and seek their remedy exclusively by way of pay in lieu of reasonable notice plus, perhaps, aggravated damages as is the case in non-Code-related discrimination cases. (For this blog’s commentary on that issue consider the post Tort Damages Place in Wrongful Dismissal Cases.) It means that it is possible that Human Rights law may soon eclipse ‘regular’ employment law cases as the primary method by which dismissal cases are resolved.

Accordingly, the takeaway for employees is this: if you have been let go from your job, and you suspect that any of the following was a “factor” in the decision to terminate your employment: race, ancestry, place of origin, colour, ethnic origin, citizenship, creed, sex, sexual orientation, gender identity, gender expression, age, record of offences, marital status, family status or disability, it is important that you speak with an experienced employment lawyer before making any decisions about your case.

The professional, experienced and cost-effective employment lawyers for employees at Ottawa's Kelly Santini LLP would be happy to be of service to you.

If you are an employer and are considering ending the employment relationship of any of your employees it is likely prudent to speak with an experienced employment lawyer first. The professional, experienced and cost-effective employment lawyers for employers at Ottawa's Kelly Santini LLP would be happy to be of service to your business or organization.