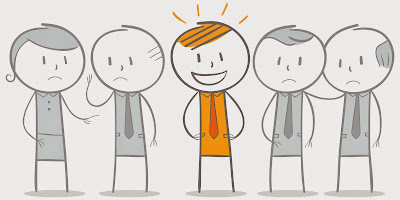 From 2000-2006, there was a television program called “Malcolm in the Middle.” The show was called as much because the lead subject was the middle child of three: Malcolm. The theme song for the show ended with the line “life is unfair.” But is life truly unfair for those caught in the middle?

As this post will hopefully demonstrate life is not always unfair to those who find themselves ‘in the middle.’

The 2009 decision from the Court of Appeal for Ontario in McKee v. Reid's Heritage Homes Ltd. (2009), [2009] OJ No 5489 (QL); 256 OAC 376; 2009 ONCA 916 (CanLII) is often cited as the authority for the proposition that there exists an intermediate position of “dependent contractor” between employee status and independent contractor status.

The facts of the McKee case were that on January 8, 1997, Orin Reid, the owner and directing mind of RHH, and McKee both signed an agreement that Reid wrote by hand entitled “Sales + Advertising Agreement”. McKee signed it on behalf of her business style, Nu Home Consultant Services

The Agreement provided that RHH would supply approximately 69 homes in Guelph for McKee to advertise and sell, for which McKee would charge a fee of $2,500 for each home that she sold.

The Agreement included something of an exclusivity clause, providing that “RHH will have sole use of [Nu Home] services unless RHH agrees to allow [Nu Home] the right to sell for another company that is controlled by Orin Reid” and it then listed two other companies under Orin Reid’s control, but also added “or a company that could be formed in the future.”

Finally, McKee requested, and the Agreement included, a termination provision: “Either party can terminate this agreement for any reason with giving the other party 30 days notice.”

There was no precise, explicit evidence on how quickly McKee sold the 69 homes, but it was probably very quickly in 1987 because her reported income for 1987 was $449,300, whereas the 69 homes at $2,500 per home would have provided only $172,500. After the first 69, RHH continued to provide homes for McKee to sell, but RHH hired someone else to handle the advertising aspect and paid McKee $1,500 per home sold instead.

Around the same time, RHH also began supplying the necessary stationery and forms for selling homes to McKee and RHH gave her the title “Sales Manager”, though RHH paid her through her corporation, whose name changed to Bribet Holdings Inc. (“Bribet”) in 1988. McKee became very busy with work for RHH and over time she hired, trained, and managed her own subagents with whom she split her commissions on their sales, without intervention, direction, or interference from RHH. At all times, McKee both invoiced RHH and paid her subagents through Bribet. McKee testified that Reid “pretty well left me on my own to do what I was supposed to do.”

The working relationship continued in this way. In 2000, Reid died and his son-in-law, Tim Blevins, succeeded him, but the relationship continued. However, in 2004, Blevins hired Doug Sider as Corporate Sales Manager and decided to restructure RHH’s entire sales force – which at that time consisted of a number of different contracted real estate agents, dependent contractors, and in-house employees – so that each commissioned agent would report directly to Sider.

Blevins told McKee on January 10, 2005, that she and her subagents would have to work for RHH as “direct employees”. As part of their discussions in January toward negotiating for McKee to adjust to RHH’s new structure, McKee and Blevins discussed a 100-lot assurance to McKee for the following two years. McKee, who was 64 years old, decided that she would agree on these terms. Blevins referred McKee to Sider to work out the details, as McKee wanted to put the agreement in writing.

McKee met with Sider on February 4, 2005 to finalize a contract, but Sider repudiated McKee’s and Blevins’ understanding, refusing to agree to the 100 lots per year guarantee (having never spoken with Blevins about it). Blevins wrote a letter to McKee on February 11, offering only a standard form employee contract with a 14-day notice period and “first pick” of one phase of any project in Guelph. In this same letter, Blevins opined that McKee’s subagents performed badly and this might have something to do with “how much [McKee was] taking off the top of every deal.” McKee rejected this offer. She also rejected Blevins’ March 3 offer of a six-month engagement whereby she could sell in her choice of one of two subdivisions.

McKee testified that she rejected the time-limited offer because she felt that at her age she would do better to look for non-time-limited employment. Further, the “animosity” in the February 11 letter made her feel “uncomfortable”. However, she also testified that she would have returned to work for RHH if they had officially offered the January plan guaranteeing 100 lots in writing. McKee tried and failed to get a real estate agent licence because she found studying difficult at her age. In 2006, she sold new homes for another builder, but earned only $45,000.

Justice Belleghem held that the original 1987 Agreement was “spent” after the sale of the initial 69 homes. It followed that the 30-day termination period in that agreement did not survive to govern the consequences of McKee’s termination 18 years later.

However, although the Agreement was “spent”, the trial judge found that McKee and Reid had “through their continued practice and business relationship, implicitly agreed that she would continue to work for him, and he would continue to pay her for selling homes.” Although some terms changed from the 1987 Agreement, she was still paid a fixed commission for each home and “it was implicit in the fact that she never worked for anyone else … that there must have been between them a tacit agreement that she would work exclusively for [RHH]” in a different manner to that contemplated by the Agreement but, again, with some continued practices.

On the crucial issue of McKee’s status when she was terminated, the trial judge determined that McKee was an employee, not an independent contractor or even a dependent contractor. On this issue, he concluded: “Finally, the plaintiff’s activity in the present case is part of the business of the defendant. Selling the homes is the most integral part of the defendant’s business. It is the defendant’s business in which the plaintiff is engaged.”

Applying the factors established in Bardal Justice Belleghem found that the reasonable notice period owing to Ms. Reid was 18 months.

In its decision in McKee, the Court of Appeal for Ontario provided employment lawyers with a number of important lessons. Amongst those lessons were the following:

In the end, the Court of Appeal affirmed Justice Belleghem’s decision, including the award of 18 months pay in lieu of reasonable notice. (For readers interested to know more in “reasonable notice” and how it is calculated, see What is Reasonable Notice?)

The Existence of an Intermediate Position

The most important consequence of a finding that a worker is a “dependent contractor” is that such workers are owed some form of reasonable notice of termination of employment.

Justice MacPherson then went on to demonstrate how the existence of an “intermediary class” of workers has been recognized by Canadian law since at least 1936. Readers interested in this subject would be commended to review that summary of the case law.

The Difference Between “Employees” and “Dependent Contractors”

[34] …the proper initial step is to determine whether a worker is a contractor or an employee, for which the Sagaz/Belton analysis… controls. Under that analysis, the exclusivity of the worker is listed as a factor weighing in favour of the employee category. The next step, required only if the first step results in a contractor conclusion, determines whether the contractor is independent or dependent, for which a worker’s exclusivity is determinative, as it demonstrates economic dependence. Therefore, exclusivity might be a “hallmark” of the dependent contractor category vis-à-vis the broader category of contractors. However, it continues also as a factor in determining whether the worker is not a contractor at all, but rather an employee, in the first-step analysis.

As McKee and other cases like it (see e.g. Braiden v. La-Z-Boy Canada Limited, 2008 ONCA 464 (CanLII), which concerned a commissioned sales person found to be entitled to reasonable notice after he was summarily terminated) demonstrate, life will not always be “unfair” to those who find themselves ‘in the middle.’

The takeaway for employees with labour pains is that just because you may be working pursuant to the terms of a contract, may be paid on commission, or may even work for your own company, which in turn bills a third party company, if you find yourself suddenly unemployed you may have remedies.

If you find yourself reading this post because you were looking for information on what to do if you find yourself suddenly out of work after working exclusively for a single ‘employer’ as an ‘independent contractor’ it would be prudent to speak with an experienced employment lawyer before making any final decisions about your case. The professional, experienced and cost-effective employment lawyers for employees at Ottawa's Kelly Santini LLP would be happy to be of service to you.

The takeaway for employers is that just because you have a contract with your workers does not necessarily mean that the courts will enforce it in the way you may expect. The time to consider how to structure your relationship with your employees and contractors is before starting the relationship. Good paper and reasonable expectations can resolve a lot of problems before they arise.

If you are an employer in Ontario and are considering adding workers or retaining independent contractors, it may be prudent to speak with an employment lawyer before you start the relationship. The professional, experienced and cost-effective employment lawyers for employers at Ottawa's Kelly Santini LLP would be happy to be of service to your business or organization.