The Scope of the Employer's Duty to Investigate Sexual Harassment Complaints 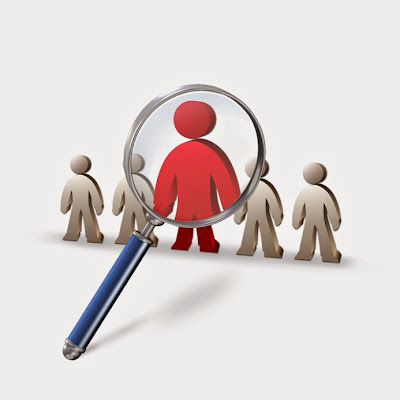 To what extent must an employer investigate allegations of sexual harassment? This question comes to the fore as a result of a recent episode of CBC’s The Fifth Estate, The Unmaking of Jian Ghomeshi, in which the Executive Director of Radio at CBC, Mr. Chris Boyce, defended his decision to limit his investigate of Ghomeshi’s behaviour by saying he is “not the police.”

But is that position really defensible? The Fifth Estate certainly made it appear that Mr. Boyce had been confronted with a number of allegations of serious concerns with Mr. Ghomeshi’s behaviour both inside and outside the workplace. Could Mr. Boyce, as a member of CBC management really turn a blind eye to the entire situation?

While there are several cases concerning this issue, the case of Menagh v. Hamilton (City), 2005 CanLII 36268 (ON SC) provides a paradigmatic example of poor employee behaviour and how the courts of Ontario will respond to such actions.

In Menagh, the Plaintiff, Mr. Robert Menagh was employed by the City of Hamilton as its Director of Labour Relations, Employee Wellness and Health and Safety (Director of Labour Relations). At the time of his termination he had been employed for 13 years. Unlike Mr. Ghomeshi, he was not a unionized employee. Accordingly, when he was fired for just cause he was permitted to use the civil court system.

The evidence established that Mr. Menagh had engaged in a relationship with another City employee, one Ms. Wilson. When the relationship broke off Mr. Menagh engaged in a protracted campaign of sexual harassment. Mr. Menagh, as Director of Labour Relations even went so far as to approach the Mayor in an attempt to have his former girlfriend fired as the Mayor’s chief of staff.

The evidence further established that the employer had a number of workplace policies, including several policies which recognized that all employees have a right to a working environment free from sexual harassment and personal harassment in the workplace.

In coming to his decision on whether the employer had just cause to terminate the plaintiff’s employment, the Honourable Mr. Justice Joseph Scime made reference to a number of passages concerning an employee’s right to work in an environment free from sexual harassment. Justice Scime started by noting that section 7(2) of the Ontario Human Rights Code provides as follows:

Every person who is an employee has a right to freedom from harassment in the workplace because of sex...by another employee.

Justice Scime then went on to note a number of findings from other judges and courts, including that of the Court of Appeal for Ontario in the 1998 case of Gonsalves v. Catholic Church Extension Society of Canada in which the court held:

[10] ...The employer has a duty to all the employees both to end the abuse and to alleviate its impact upon the employment environment. ...

Although the issue before the court was whether Mr. Menagh had been terminated for just cause, Justice Scime made a number of comments pertinent to the question posed at the start of this post. On the issue of whether the City, as Ms. Wilson’s employer had a duty to investigate her complaints of sexual harassment, Justice Scime wrote the following:

The City had the duty to ensure compliance with the Policies in maintaining a working environment free from sexual harassment, personal harassment or harassment in the workplace and foster a productive and efficient workforce.

The City had an obligation to enforce the Policies to achieve an harassment free working environment, otherwise it would have no credibility in the workplace. The City also had the responsibility to show all employees that the Human Resources Department was a safe place for employees to turn for harassment complaints.

In the end, Justice Scime had no problem finding that Mr. Menagh had been terminated for just cause; a reading of the court’s reasons for decision should lead anyone to the same conclusion.

Although very much tangential to the issue, given this blog’s interest in technology issues, I will note the following from Justice Scime’s decision. Justice Scime noted that the City had provided computers to its employees, including Menagh and Wilson for City business. It was permissible to use the computers and the City system for limited personal e-mails. However, on this point Justice Scime wrote the following:

[16] I am of the view that there was no reasonable expectation to privacy when an employee of the City used a workplace computer or the City system to send personal or business-related e-mail communications. It seems to me that if Menagh used the City provided computer and the City system to send an e-mail to Wilson and the nature and content of the e-mail is found to be inappropriate, constituting harassment in any form, the said harassment is in the workplace.

It should seem trite to say, but the law does not reward ostriches. Employers simply cannot ‘bury their heads in the sand’ in the hopes that the problems will go away; they will not. Employers have a duty not only to establish workplace harassment policies but to also enforce them. (An issue that has been a point of contention for me for some time, see e.g. Workplace Harassment Complaints and Bill 168.)

One must have a level of empathy for Mr. Boyce. Mr. Ghomeshi was obviously known to Mr. Boyce and was, by all accounts, very much a celebrity within the CBC. He may not have laying golden eggs, but he was not far from it. However, the same demonstrates why an independent investigation is so important: to divest oneself from the emotional attachments to the evidence. It should be noted that in the Menagh case, the City of Hamilton did employ an independent investigator before taking the final decision to terminate Mr. Menagh for cause.

The takeaway for employers with labour pains is that if you become aware of allegations of sexual harassment in your workplace you simply cannot ignore the issue. Cases have imposed liability on employers were they failed to properly investigate the allegations and protect their employees.

Second, the employer should seriously consider engaging the services of an independent investigator. That investigator need not be the police (although in some cases, the same will be appropriate), but it should be someone with experience in such issues.

Finally, no decisions should be made in haste. Dealing with such allegations is an unpleasant experience. However, nothing good ever came from letting things fester. Action must be taken, but that action must be considered and deliberate. As the Ghomeshi case demonstrates, failing to do anything can result in the employer’s actions be scrutinized. However, on the other hand, employers who do carry out an investigation but do so poorly may also be punished as the case of Brownson v. Honda of Canada Mfg., 2013 ONSC 896, leave to appeal refused 2013 ONSC 6974, summarized by the blog in post Termination After Being Made the Subject of Workplace Investigation may Entitle Employee to Moral Damages demonstrates.

If your organization is facing an issue of employee complaints of sexual harassment, it is time to speak with a lawyer. The professional, experienced and cost-effective employment lawyers for employers at Ottawa's Kelly Santini LLP would be happy to be of service to your business or organization.

The takeaway for employees with labour pains is that all employees have the right to work in a workplace free of sexual harassment. As Justice Scime wrote:

If you believe that you are the victim of workplace sexual harassment it may be worth speaking with a lawyer. The professional, experienced and cost-effective employment lawyers for employees at Ottawa's Kelly Santini LLP would be happy to be of service to you.