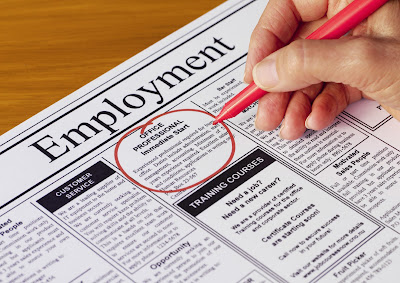 Will summary judgment be appropriate in a wrongful dismissal action if the issue of the plaintiff’s mitigation efforts are hotly contested? According to a 2013, pre-Hryniak decision, the answer can sometimes be “no.”

In a case where the primary concern was that of availability of similar employment, the Ontario Superior Court of Justice refused to grant summary judgment in an otherwise straightforward wrongful dismissal matter.

The case of Anderson v. Cardinal Health, 2013 ONSC 5226 (released August 15, 2013) concerned a motion for summary judgment brought by the plaintiff in a straightforward wrongful dismissal matter.

The plaintiff, Lillian Anderson, worked for the defendant, Cardinal Health Canada Inc., for 22 years and five months until she was dismissed without cause on October 1, 2012. At the time of her dismissal, she was 55 years old and earning $79,573.72 annually including benefits. As of January 2013, the defendant had paid her approximately $45,690 representing eight weeks statutory pay in lieu of notice and the minimum severance pay required under the Employment Standards Act, S.O. 2000, c. 41.

The plaintiff commenced an action for wrongful dismissal and moved for summary judgment, seeking an award for damages. The plaintiff argued that there was no genuine issue requiring a trial as all of the evidence had been adduced by affidavit, tested under cross-examination, and bolstered by completed undertakings. The plaintiff sued for 24 months of reasonable notice.

The defendant argued that the reasonable notice period was no more than 16 months, and more likely in the range of 12 – 14 months.

[11] The plaintiff submits that she addressed the defendant’s questions on her mitigation efforts under cross-examination. I disagree. When asked why she only applied for four positions in March 2013, the plaintiff stated that she needed to update her skills because she does not have the skills that employers are looking for. The plaintiff’s statement is unsupported by documentary evidence. It is also cause for pause when compared to the other 27 available jobs located by the defendant based on the plaintiff’s existing skills. The supporting record lacks reliable documentary evidence for the court to draw a reasonable inference and evaluate the credibility of the plaintiff’s statement.

[12] When asked why she did not or could not apply for the 27 positions, the plaintiff maintained that the jobs offered lower wages and were not comparable to her duties with the defendant. The defendant’s affiant admitted that some of the 27 positions paid less than the plaintiff’s income at termination. However, the plaintiff’s explanation is difficult to accept as fact because she did not limit her search to accounting manager roles. Rather, the plaintiff’s search and her 13 job applications included positions that, based on title, would seem to pay less and not compare to her duties with the defendant (e.g., accounting clerk and front office administration). The record does not show details about the 13 positions, such as hourly wage, benefits package, work hours, number of direct reports, managerial duties, or required qualifications. The court is therefore left without the supporting documentation necessary to evaluate the credibility of the plaintiff’s statements as to why she did not apply for the 27 positions. The court does not have the evidence required to make a dispositive finding of the unreasonableness of her conduct.

[13] Second, and for the same reasons noted above, particulars of the 13 positions are required to determine the availability of comparable employment opportunities for the plaintiff; and the availability of comparable employment is important to determine reasonable notice. Bardal v. Globe & Mail Ltd. (1960), reflex, 24 D.L.R. (2d) 140 (Ont. H.C.), at p. 145 established that courts must consider four main factors to determine the applicable notice period for an employee dismissed without cause: (1) character of employment, (2) length of service, (3) age of the employee, and (4) availability of similar employment having regard to the employee’s experience, training, and qualifications (the “Bardal factors”).

[14] It is agreed that, at the time of termination, the plaintiff was employed in an accounting capacity as an Accounting Manager, was 55 years old, and had 22 years of service. There is no dispute about the plaintiff’s employment duties. There is a dispute however, as outlined above, about the last Bardal factor: availability of comparable employment opportunities. Determining the appropriate notice period is not a mathematical exercise but involves weighing numerous factors: Laszczewski v. Aluminart Products Ltd. (2007), 2007 CanLII 56493 (ON SC), 62 C.C.E.L. (3d) 305, at para. 61. The availability of comparable employment opportunities is a controversial issue between the parties, unresolved by affidavit evidence or by cross-examination. It is a factor that warrants due weight in assessing reasonable notice. Therefore, it remains a genuine issue requiring a trial with respect to the plaintiff’s claim for damages for wrongful dismissal.

[15] The facts and issues of this motion are similar to those in Thorne v. Hudson’s Bay Co., 2011 ONSC 6010 (CanLII), 96 C.C.E.L. (3d) 35. In Thorne, the plaintiff submitted a chart outlining her mitigation efforts, such as searching newspapers, searching websites, networking, and consulting a recruiter. In response, the defendant outlined a number of positions it found through its own search efforts to which the plaintiff did not apply. In dismissing the motion for summary judgment, Justice Campbell held that the parties’ conflicting evidence gave rise to triable issues concerning the availability of comparable employment (a Bardal factor) and the reasonableness of the plaintiff’s mitigation efforts. Justice Campbell states the following at para. 29:

The plaintiff may be able to provide compelling explanations as to why the other job opportunities noted by the defendant are not comparable, or were overlooked by the plaintiff. These different perspectives as to the potential significance of the plaintiff’s “mitigation charts” serve to illustrate the unsatisfactory nature of trying to fairly resolve the genuine issues between the parties on these important points simply by reference to documentary evidence, unaided by viva voce explanations and untested by cross-examinations.

[17] As outlined above, conflicting evidence on this motion generates two issues: (1) the reasonableness of the plaintiff’s efforts to mitigate her damages and (2) the availability of comparable employment opportunities to determine reasonable notice. The record does not permit a proper and fair resolution of the conflict. The plaintiff’s motion for summary judgment is therefore dismissed.

Justice Chiappetta’s decision leaves me conflicted. On the one hand, I find myself disagreeing with Her Honour’s decision, based on decisions such as Adjemian v. Brook Crompton North America, (2008) 67 CCEL (3d) 118 (ON SC) in which Justice Perell commented:

I find no genuine issues for trial in the case at bar. There is overwhelming evidence that Ms. Adjemian had made and continues to make reasonable efforts to mitigate her loss. Brook Crompton wishes to cross-examine her to establish that she could have done more, but that is not a genuine issue for trial because mitigation need not be perfect, it need only be reasonable, and on this motion for summary judgment, Brook Crompton has not remotely shown that Ms. Adjemian’s efforts to mitigate her losses were not reasonable.

However, on the other hand, Justice Chiappetta’s decision does make a great deal of sense. To the extent that “availability of comparable employment opportunities” is perhaps the most appropriate factor for actually assessing the appropriate reasonable notice period, if there is serious conflicting evidence on the same, then perhaps summary judgment is not appropriate.

Fearing that those words may come back to haunt me some day, I hasten to add this comment: Anderson was decided prior to the Supreme Court of Canada’s decision in Hryniak v. Mauldin, 2014 SCC 7. Whether, given the Supreme Court of Canada’s comments about the need for a shift in culture with respect to litigation, Justice Chiapetta would have reached the same decision today is impossible to say.

What is interesting about the decision however is the reminder that counsel cannot overlook the issue of “availability of comparable employment opportunities.” While undoubtedly the most difficult of the four “Bardal factors to prove (proving the employee’s age, length of service, and, usually, character of employment is a rather easy task), as the case considered above demonstrates, it is not a factor that can be overlooked.

The takeaway for employees with labour pains is that it will be absolutely critical for dismissed employees to keep diligent records with respect to where they applied for employment, why they did not apply for other positions, and what happened when they did apply for positions. Particulars with respect to the nature of the position, compensation, benefits, etc., should all be recorded.

There are really two takeaways from this case for employers.

If you are an employer in Ontario and find yourself with a claim of wrongful dismissal on your hands, you need to speak with an experienced professional.