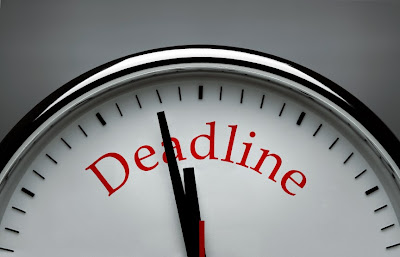 The case concerned an application for long-term disability benefits by a member of the North Bay Police Services. As was set out in the motion judges’ reasons for decision, the plaintiff worked as a Special Constable for the North. As an employee, she was a member of the North Bay Police Association and insured under a group policy of insurance issued by the defendant, Sun Life, to the association. On or about May 1, 2008 the plaintiff submitted a claim for long-term disability (“LTD”) benefits in which she stated that she had been totally disabled since October 22, 2007.

On a motion for summary judgement to the Ontario Superior Court of Justice, the Honourable Justice M. Gregory Ellies decided, amongst other things, that a group policy of insurance is a “business contract” for the purposes of the Ontario Limitations Act, 2002, the result of which being that the limitation period applicable to the commencement of lawsuits could legally be varied by contract. That decision was not, however, determinative of the case for the reasons set out in the earlier post.

On appeal to the Court of Appeal for Ontario, Sun Life was wholly unsuccessful in challenging the motion judge’s decision that its policy was ambiguous and that therefore Special Constable Kassburg was entitled to the receipt of benefits.

While the same should have been the end of the discussion, Justice Katherine van Rensburg, writing for the Court of Appeal for Ontario, said the following:

[53] Dismissal of the appeal would render the cross-appeal moot, as the statutory limitation period, and not the contractual period, applies. However, I would not want this court’s judgment to be interpreted as endorsing the motion judge’s conclusion that the insurance policy in this case is a “business agreement” for the purpose of ss. 22(5) and (6) of the Limitations Act, 2002. As the issue was fully argued before us and as it involves an important issue that may recur, it is appropriate for this court to consider it.

[54] Section 22(5) provides that a limitation period under the Act may be varied or excluded by a business agreement made on or after October 19, 2006. “Business agreement” is defined in s. 22(6) to mean “an agreement made by parties none of whom is a consumer as defined in the Consumer Protection Act, 2002”. “Consumer” is defined in s. 1 of that statute as “an individual acting for personal, family or household purposes and does not include a person who is acting for business purposes”.

[55] Citing Boyce, the motion judge concluded that the group insurance policy is a “business agreement” based on the fact that it was entered into by the NBPA and the appellant, neither of whom is an individual.

[56] The respondent asserts that the motion judge erred in failing to consider the purpose of the contract, which is to provide personal insurance coverage for loss of income in the event of disability. The insurance contract clearly had a personal, and not a business purpose.

[57] The appellant [Sun Life] contends that the only parties to the group insurance policy were the NBPA, which is an association, and the appellant itself, and that the respondent was simply a “beneficiary” of the policy.

[59] The literal reading of the “parties” aspect of the section that appears to have been accepted by the motion judge, in my view, is inconsistent with the objective of s. 22 of the Limitations Act, 2002, which is to restrict the circumstances in which the statutory limitation periods under the Act can be altered by contract. In my view, the word “parties” in s. 22(6) should be given a broader, purposive reading to accord with the objective of s. 22.

[60] In this action, the respondent is asserting a personal claim for LTD benefits provided under a group policy. She is entitled to assert the claim directly against the insurer under s. 318 of the Insurance Act, R.S.O. 1990, c. I.8. Although the group insurance contract under which she is making her claim was entered into between the NBPA and the appellant, the appellant relies on a limitation period contained in that contract to exclude her claim. The respondent is in effect deemed to be a party for the purpose of asserting her claim, and for the purpose of the appellant’s limitations defence.

[61] With respect to the “purposes” requirement, the contract is for personal purposes, and accordingly is not a “business agreement” under s. 22(5).

[62] Accordingly while I would dismiss the cross-appeal as moot, it is my view that the motion judge erred in concluding that the disability policy in this case constituted a business agreement for the purpose of s. 22(5) of the Limitations Act, 2002. Boyce is properly distinguished by the respondent, as the insurance policy in that case was for business purposes.

In the result, the Court of Appeal for Ontario confirmed that the limitation period applicable to a claim for long-term disability benefits under a group policy of insurance is two years from the date upon which it is “discovered.” (See paragraph 35 of the Court’s decision.)

When I originally blogged about the decision of the Superior Court, that a group policy of insurance was a “business agreement” one person commented as follows:

Finding a group policy of insurance to be a “business agreement” is nonesense. The ONSC erred in relying on Boyce. The insurance policy at issue in Boyce was a policy that covered the very business that was a party to the 'business agreement.' An LTD policy group policy clearly has an effect on an individual who needs the insurance for personal, family or household purposes. To interpret the legislation purposively, one would have to find that the business agreement except is meant to protect sophisticated business parties. It would be absurd to contend that the legislature intended to allow employers and insurance companies to conspire to deny individuals meaningful remedies for being denied something as vital as LTD insurance benefits.

While I doubt that the person who commented on my blog was Justice van Rensburg, it would appear that the anonymous commenter was spot on.

Somehow I doubt we are at the end of the line for this case, as I can foresee Sun Life further appealing this case to the Supreme Court of Canada.

The takeaway for employees is that it would currently appear that the time limit applicable to the commencement of a case against an insurer who denies long-term disability benefits is two years from the date upon which you know or ought to know that “having regard to the nature of the injury, loss or damage, a proceeding would be an appropriate means to seek to remedy it.”

If the language above seems confusing and complicated, it is because it is. Knowing when it is time to sue can be a complicated question that should only be answered with legal advice. If you have been denied long-term disability benefits by your insurer, you should speak with a lawyer who has experience with such cases. The professional, experienced and cost-effective employment lawyers for employees at Ottawa's Kelly Santini LLP would be happy to be of service to you.