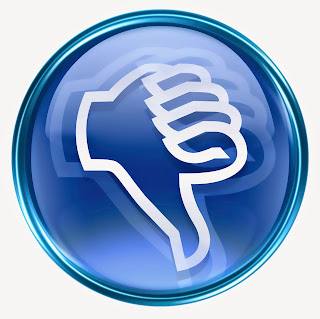 Can posts to one’s Facebook profile about a co-worker be grounds for “just cause” for dismissal? In yet another case from the labour world to consider this subject, United Steelworkers of America, Local 9548 v Tenaris Algoma Tubes Inc, 2014 CanLII 26445 (ON LA), Arbitrator Laura Trachuk has said “yes”.

It is difficult to get the complete picture of what happened given Arbitrator Trachuk’s sanitization of the facts. Essentially, the grievor, whose name is not mentioned, had a disagreement with a co-worker while at work. Later that evening, after his shift, the grievor posted a series of messages to his Facebook account, which included references to violence and sexual violence towards his co-worker. What exactly was said is not mentioned.

After the employer had given due consideration to the comments the employee was fired. The employee’s union grieved the termination on the basis that the employer did not have just cause to terminate the employment relationship.

In resolving that termination was warranted, Arbitrator Trachuk commented as follows:

The most serious aggravating factor in this case is the nature of the comments. They were vicious and humiliating. The company has characterized the posts as threatening. It would certainly be reasonable for a woman reading such an interchange between male co-workers to feel threatened. The grievor suggested that X should be sexually assaulted. He must have anticipated that she would see the posts or hear about them because his Facebook “friends” included co-workers. He also, apparently, had not used any privacy settings since [members of management] could read them. He did not delete his comments as soon as he made them but left them up for 10 hours.

With respect to the union’s argument that the employer should have used progressive discipline before taking the step of firing the dismissed employee, Arbitrator Trachuk wrote:

…progressive discipline is not appropriate in every case. Some offences are so serious that they warrant discharge. An employee does not necessarily get one free sexual harassment before he loses his job. The grievor, in this case, posted hateful comments about X, one of which could reasonably be construed as a threat of sexual assault. When men “joke” about the sexual violence they should inflict on a woman she can reasonably be concerned that they may actually hurt her. I make no determination as to whether the grievor’s posts violated the Criminal Code as the company asserts. However, the grievor sexually harassed X and created a poisoned work environment. The grievor is not a long term employee and the company could have little confidence that he could be trusted to never harass someone else. The company is responsible under the Human Rights Code, OHSA and the collective agreement for maintaining a workplace free of harassment and, in these circumstances, reinstating the grievor would be contrary to that goal, even if he were assigned to a different shift from X. This is not an appropriate case for progressive discipline. I do not find that the company violated the collective agreement by terminating the grievor’s employment. The grievance is denied.

The issue of termination for threats of sexual violence towards co-workers has certainly been thrust into the spotlight at the end of 2014. And, while other cases have considered whether one can be fired for what is said online, see e.g. The Right to be Free from Harassment... Online, the violence suggested by what Arbitrator Trachuk does write is, hopefully, unprecedented.

Was termination warranted in this case? Even without knowing all the facts, I believe that we can all agree that it likely was. Employers have a responsibility to maintain and promote a violence and harassment-free workplace. Condoning the griever’s actions would not only defeat the employer’s obligations, but would likely send the signal to other employees that their concerns are unwarranted over-reactions; such concerns typically are not.

The case does not bode well for others who may be grieving their termination from employment because of comments of sexual violence towards co-workers. Much has already been said about that subject, so no more will be said now.

The takeaway for employees is, as before, just because you are not at work does not mean that what you do cannot result in your termination from employment.

The world is a much smaller and more interconnected place than it used to be. Facebook is just one of a myriad ways by which people can connect and say things that can come back to haunt them. (For example, I was cross-examined on something I wrote on this blog when I was tendered as an expert witness in a case in Massachusetts. I was still accepted as an expert, but it partially illustrates the point.) 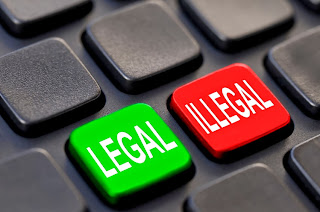 Employers can and will fire employees if what they do online jeopardizes the workplace. For those looking for more examples of this fact, see my posts You Can’t Do That on The Internet, concerning comments made on one’s blog and Why Your Organization Needs a Social Media Policy, concerning posts to YouTube.

If you have been fired for something you have done online, you should speak with a lawyer. Termination is not warranted in every case and you may have grounds to dispute your employer’s position. The professional, experienced and cost-effective employment lawyers for employees at Ottawa's Kelly Santini LLP would be happy to be of service to you.

The takeaway for employers is that you can, and perhaps should, fire employees if their off-duty actions threaten the health and safety of your other employees. Bill 168 and the amendments to the Occupational Health and Safety Act make it very clear that employers have a legal duty to ensure that their employees are not exposed to workplace violence or harassment.

However, before taking any steps towards termination, it is likely prudent to speak with a lawyer first. If you are thinking about terminating one of your employees for something he or she has done online, the professional, experienced, cost-effective, and demonstrably tech-savvy employment lawyers for employers at Ottawa's Kelly Santini LLP would be happy to be of service to your business or organization.