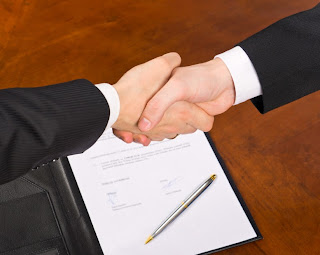 The case has been cited by others as important to the issue of inducement, and certainly it is, but the requirement to purchase shares is an important particular nuance.

The plaintiff accepted an offer of employment with the defendant on September 6, 2009 to become its Country Manager, Canada at an annual salary of $276,000 with a $40,000 signing bonus paid within the first week of employment. The employment agreement also included other benefits.

The offer of employment also contained a term entitled “Equity Plan” which stated:

You will be expected to purchase shares in CEVA Investments, LTD at an investment of 37.5% of salary $64,500 EUR at the time of offer, with options granted at the rate of 0.25 options per share.

In his reasons for decision, Justice Taylor noted the following:

[39] Based on the required investment in CEVA Investments I find there was at least an implied representation that the plaintiff was about to embark upon a long-term employment relationship with the defendant. The plaintiff would reasonably conclude from the requirement that he invest the equivalent of 4.5 months of salary, which he had yet to receive, that he would not to be summarily dismissed early in his tenure and be provided only minimal notice or severance pay because of the lack of seniority. I find that the required investment in CEVA Investments was intended to create the impression in the mind of the plaintiff that by accepting employment with the defendant he would have a degree of job security beyond what would normally be anticipated.

[45] To summarize, the plaintiff’s age [55], his position as the Canadian manager of the defendant’s operations responsible for over 500 employees and sales in excess of $140 million annually, the limited number of similar positions in Canada and the requirement that the plaintiff make a significant investment with a company associated with the defendant as a condition of employment all point to a lengthy notice period. The recruitment of the plaintiff by the defendant when he was employed in a senior position of significant length of service is also a factor tending to increase the period of notice. Against those factors is the short period of time that the plaintiff was employed by the defendant. However, I have concluded that both parties to the employment contract contemplated, at the commencement of the employment relationship, that it would be a long one. Specifically, I do not believe that either party thought of the plaintiff’s employment could be terminated after approximately three years of service upon payment of two weeks’ salary in lieu of notice plus severance pay in the approximate amount of $5000.

In the result, Justice Taylor awarded the plaintiff 14 months of pay in lieu of notice, less mitigation earnings.

The case once again illustrates the importance of a holistic approach to the calculation of reasonable notice, as was directed by Jusice McRuer in Bardal v Globe and Mail in 1960.

14 months does not seem surprising for someone at the plaintiff’s level. For those who still subscribe to the ‘one month per year of service’ approach, however, I am sure it will be shocking. Again, we have to go back to what was said in Bardal.

On the whole I like this decision. Straightforward, balanced and well reasoned; it is an informative and useful decision on the issue of inducement.

The takeaway for employees is, again, first and foremost that one should not believe that the minimum amounts of notice and severance prescribed by the Employment Standards Act, 2000 will also be appropriate compensation for their termination from employment. The ESA prescribes minimum standards, which are typically only appropriate in very rare cases. The plaintiff in this case was given two weeks’ notice of termination by his employer, which was sufficient under the ESA; a judge gave him 14 months.

Calculating the amount of reasonable notice to which an employee may be entitled on termination can be difficult. It is certainly more of an art than a science. If you have been let go from your job and are looking for legal assistance with respect to that issue, the professional, experienced and cost-effective employment lawyers for employees at Ottawa's Kelly Santini LLP would be happy to be of service to you.

The takeaway for employers is that it would have been beneficial for this employer to have used a written employment agreement with a fixed severance provision. Frankly, I am a little surprised that the employer in this case did not use have a legally binding severance provision – perhaps it was because the employer was based in Houston.

Although the amount to which the employee may have been entitled under an employment agreement may have been more than the employer ended up paying the plaintiff in this case, given his mitigation earnings, the transactional and opportunity costs associated with a lawsuit would have offset any such savings.

If you are looking to have executive employment agreements drafted for your employees, the professional, experienced and cost-effective employment lawyers for employers at Ottawa's Kelly Santini LLP would be happy to be of service to your business or organization.