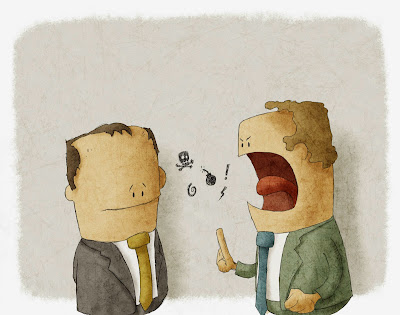 Under what set of circumstances will an Ontario Superior Court judge say that it is “reasonable” for an employee to refuse to return to work for the employer that dismissed her as a means of mitigating her damages?

The law concerning the duty to mitigate is rather clear; employees who are dismissed by their employers have a duty to mitigate their damages and may be required to return to work for the employer that dismissed them in order to do so. However, as the Supreme Court of Canada observed in the case of Evans v. Teamsters Local Union No. 31, [2008] 1 SCR 661, 2008 SCC 20:

[30] The critical element is that an employee “not [be] obliged to mitigate by working in an atmosphere of hostility, embarrassment or humiliation” and it is that factor which must be at the forefront of the inquiry into what is reasonable. Thus, although an objective standard must be used to evaluate whether a reasonable person in the employee’s position would have accepted the employer’s offer, it is extremely important that the non-tangible elements of the situation — including work atmosphere, stigma and loss of dignity, as well as nature and conditions of employment, the tangible elements — be included in the evaluation.

The case concerned an employee with 19 years of experience. According to Justice Salmers’ reasons for decision, which were delivered orally, the evidence established that the employer’s business was struggling and was under pressure from its bank to reduce expenses.

Curiously, Justice Salmers found that prior to her termination the plaintiff, Mrs. Linda Turner, had a very positive working relationship with her employer. There is nothing to indicate that the working environment was anything even close to “hostile or embarrassing” before the termination.

On Mrs. Turner's last day of work, management said nothing to her upon her departure.

On February 13, 2008, Mr. Turner’s lawyer sent the employer a letter advising it of her claim for damages for the manner in which she was dismissed. On February 25, 2008, the employer sent Mrs. Turner a letter recalling her to work as of February 26, 2008 at 9:00 a.m. Mrs. Turner did not return to work, but rather sued for severance pay in lieu of notice.

As framed by Justice Salmers, the first issue that the court had to resolve was “Whether Mrs. Turner should have returned to work on February 26, 2008 as part of her duty to mitigate damages.”

On that point Justice Salmers made the following observations:

[22] Inndirect Enterprises was a small business. It had only 13 employees, including management. On all of the evidence, Mrs. Turner did her job very well. Only she and Ms. Mayers were terminated. More junior employees kept their jobs. Any reasonable person who does their job well and is terminated nonetheless in similar circumstances, would reasonably be upset and possibly embarrassed and/or humiliated.

[23] Mrs. Turner was very upset by being terminated. She had worked for Inndirect for 19 years. By all accounts it was a good place to work. She had a close working relationship with Mr. Rademacher [the company president] that included personal interest in each other's families. Prior to the September 13, 2007 meeting there was no evidence that Mrs. Turner was or should have been aware of the company's financial difficulties. Any reasonable person in these circumstances would have been very upset to suddenly be told that his/her job was over because of their employer's financial difficulties.

[25] … When she left on October 15, 2007 nobody from management said anything to her. There was no obligation for management to say anything to Mrs. Turner, and management did nothing wrong in doing so. But, it is also not surprising that a long time employee like Mrs. Turner, who had a close working relationship with management, particularly with Mr. Rademacher, might feel unappreciated, uncared for, and upset by having her employment end in such a manner.

[36] More than once the company and Mr. Rademacher changed their position about the nature of the end of her employment, before finally suddenly recalling her to work on February 25, 2008, approximately five months after first telling her that she was being let go. Although no court action had yet been commenced, the February 25, 2008 letter advising of that recall to work was sent after Inndirect received a letter from counsel retained by Mrs. Turner to represent her with respect to her termination. The February 25, 2008 letter was Inndirect's first indication to Mrs. Turner that she was definitely being recalled to work. It was reasonable for her to believe that she was being recalled only because of the threat of litigation, not because she was really wanted or needed at Inndirect.

There was a second issue concerning the employer’s representation in its request that Mrs. Turner return to work that can really only be explained by reviewing Justice Salmers’ findings in full:

[32] Mrs. Turner denied that any such voicemail had been received. It was not until the summer of 2009 that Mr. Rademacher acknowledged that no call had taken place on January 4, 2008. He did, however, maintain that in his December 27, 2007 voicemail (discussed earlier) he had asked Mrs. Turner to call him to discuss her return to work. For the reasons discussed earlier, I am not able to find that he left such a message during his December 27, 2007 voicemail to Mrs. Turner.

After reviewing all of the evidence, Justice Salmers’ made the following decision:

In the result, Justice Salmers awarded Mrs. Turner 18 months of pay in lieu of reasonable notice.

It is difficult to not start this commentary by returning to Justice Salmers’ observation that “By all accounts it was a good place to work.” I have no doubt that given that finding the employer was somewhat shocked by the court’s finding that “It was reasonable for Mrs. Turner to think that returning to work would be embarrassing, humiliating, and hostile to her.” The two seem almost inherently inconsistent.

What is even more surprising is how routine Mrs. Turner’s termination was. The employer was in financial problems and was being pressured by its bank. Mrs. Turner was well paid and the employer ‘cut from the top.’ Although the employer had not told Mrs. Turner about these financial difficulties I am at a loss as to what duty it owed Mrs. Turner to do so.

I further have no doubt that her termination from employment came as a surprise to Mrs. Turner; most terminations do. But that fact alone should not, in my humble opinion, result in a finding that the employee would be reasonably embarrassed and/or humiliated. Upset? For sure, but humiliated? I don’t know. In making this comment I am reminded of what I said about the case of Brownson v. Honda of Canada Mfg., 2013 ONSC 896, summarized in the post Termination After Being Made the Subject of Workplace Investigation may Entitle Employee to Moral Damages :

Perhaps what the employer ‘did wrong’ in the Turner case was not say anything prior to Mrs. Turner’s termination about the company’s financial state. Perhaps the employer did owe Mrs. Turner a duty to tell its employees that it was under pressure from the bank to cut costs and that, as a result, good people would have to be let go. While there is undeniably and understandably upset at being let go because one’s employer cannot manage the company’s finances, being let go for such a reasonable should not result in any embarrassment; it was not the employee’s fault that she was let go – she had done nothing wrong.

Similarly, I am troubled by the incident concerning management’s failure to say anything to Mrs. Turner on her last day of work. As Justice Salmers observed, “There was no obligation for management to say anything to Mrs. Turner, and management did nothing wrong in doing so.” However, the same obviously factored into Justice Salmers’ finding that returning to Inndirect would have exposed Mrs. Turner to “an atmosphere of hostility, embarrassment or humiliation.” Why did not management say anything? While we do not know, the spectrum of possibilities runs from indifference to spite to, I suspect, embarrassment on the part of management. Management and Mrs. Turner knew each other, were involved in each other’s personal lives and were likely friends. It may have been very difficult for management to face Mrs. Turner on her last day of work. That is not to say that it was the correct decision to say nothing to her, but one can see how it could have happened. If anyone was to have been “embarrassed” on that date, surely it was the party who had failed to maintain the conditions necessary to keep a friend employed.

Turner is an excellent decision for employees. The Court of Appeal’s short endorsement of the decision, “The trial judge applied the proper test as set out in Evans v. Teamsters Union, 2008 SCC 20 (CanLII), 2008, SCC 20. And based on his findings of fact, which are supported by the evidence, the conclusion that the respondent did not have to return to work was correct.” only serves to bolster the credibility of the decision. That the trial decision is not presently on CanLII is both a little surprising and disappointing.

If you are a worker in Ontario and you have been let go from your job making sense of the duty to mitigate can be challenging. Employees who get it wrong can and have been awarded nothing. Therefore, before doing anything you should speak with an experienced employment lawyer.

There are several takeaways for employers from this case, not the least of which is that the management of the termination of an employee’s employment can be crucial. For nearly twenty years this employer had ‘got it right.’ “By all accounts it was a good place to work.” How then, in only five months, could the employer have thrown away all that goodwill?

Terminations are neither easy nor fun. Courts will demonstrably be sympathetic to employees in such cases and, as the Turner case demonstrates, ‘getting it right,’ can be harder than it looks. Say one wrong thing, get a date wrong in a letter, whatever, and it is all over.

The ability to have an employee work out his or her notice period is a powerful tool for employers; it allows employers to reap some benefit from their employees during the reasonable notice period. Had Inndirect simply advised Mrs. Turner of the company’s financial problems and provided her with 18 months of working notice, this whole case likely could have been avoided.