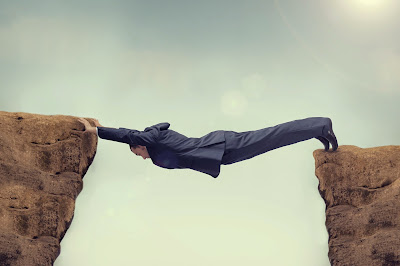 How are trial judges to calculate the amount of reasonable notice to which a suddenly unemployed employee is entitled? In yet another decision to reinforce the position that the analysis set out in Bardal v Globe and Mail remains the preeminent method by which to calculate the same, Arnone v. Best Theratronics Ltd., 2015 ONCA 63 (CanLII), the Court of Appeal for Ontario disapproved one judge’s approach of calculating the amount of time it would take to ‘bridge’ the employee to an unreduced pension.

The plaintiff employee, Mr. Arnone, had worked with the defendant company, Best Theratronics Ltd., and its predecessor for about 31 years when he was terminated without cause on November 26, 2012. Mr. Arnone was 53 years old at the time.

In consideration of his employment, Best provided Mr. Arnone with the minimum amounts of notice and severance prescribed by the Canada Labour Code, (14.4 weeks) but no more.

Mr. Arnone accordingly commenced a case alleging wrongful dismissal and moved for summary judgment. By order dated July 14, 2014, the motion judge, the Honourable Justice Martin S. James of the Ontario Superior Court of Justice sitting at Ottawa, granted Mr. Arnone’s motion for summary judgment and ordered Best Theratronics to pay (i) damages equal to the gross amount of the salary Arnone would have earned until he qualified for an unreduced pension, less payments made to him to satisfy the statutory obligations of the employer, (ii) $65,000 representing the present value of the loss of an unreduced pension, (iii) a retirement allowance equal to 30 weeks’ pay, and (iv) costs totaling $52,280.09.

In granting Mr. Arnone’s appeal, increasing the amount awarded for wrongful dismissal damages from 16.8 months to 22 months the Honourable Justice David M. Brown, newly of the Court of Appeal for Ontario, wrote the following:

[16] ...Damages for wrongful dismissal operate to compensate an employee for the employer’s breach of the implied obligation in the employment contract to give reasonable notice of an intention to terminate the relationship in the absence of just cause. Damages are confined to the loss suffered as a result of the employer’s failure to give proper notice, measured by the loss of wages and salary, and other benefits, that would have been earned during the reasonable notice period. The Bardal analysis remains the approach courts must apply to determine what constitutes reasonable notice of termination, an approach which has not included a consideration of the time between the date of dismissal and the point at which the employee would be eligible for a full pension. In the present case, calculating the period of reasonable notice by reference to the amount of time required to “bridge” the dismissed employee to his date of eligibility for a full pension did not accord with the Bardal analysis. Consequently, the motion judge erred in setting the period of reasonable notice to which Arnone was entitled at 16.8 months, the period of time needed to “bridge” his entitlement to a full pension.

The case of Bardal v Globe and Mail remains the starting point for any discussion about reasonable notice. A small part of me is worried what will happen if the courts ever decide to change that approach. This blog has repeatedly canvassed that decision and first time readers can find more on the subject on this blog’s page What is Reasonable Notice

Frankly, there is little argue with respect to Justice Brown’s decision. Reasonable notice is calculated with respect to the Bardal factors, of which the issue of when one would qualify for an unreduced pension is not a factor. However, recall that one’s stated intention to retire could be a factor reducing the amount of reasonable notice to which one is entitled; on that point see this blog’s earlier post Stated Intention to Retire May Reduce Wrongful Dismissal Damages. It is somewhat curious, given Justice James’ heavy reliance on the issue of Mr. Arnone’s retirement that there is no discussion of Mr. Arnone’s intentions with respect to retirement in either decision. Perhaps the issue was simply not considered.

In any event, the case stands as an important reminder that when calculating reasonable notice, Bardal and the cases that have followed it are key.

The takeaway for employees with labour pains is two-fold. First, if you are let go from your job without giving your employer cause for termination do not simply accept the first amount provided to you, even if it accords with the amount set out in the Canada Labour Code or Employment Standards Act, 2000. Typically employees will be entitled to much, much more, subject to certain considerations, which should only be reviewed with an experienced employment lawyer. Second, as tempting as it may be, it may be improvident to discuss one’s intentions to retire. As the Windsor Raceway case reminds us:

The takeaway for employers is that unless you have a pretty solid written employment agreement with your employees (and if you do not, you should speak with an experienced employment lawyer about obtaining one), you should expect to pay more than the minimum amounts prescribed by the applicable employment standards legislation. (If you are unsure as to which statute applies, consider the post Making Sense of the Division of Powers in Employment Standards Legislation.)

More importantly, simply because one of your employees is nearing the age at which he or she may become entitled to an unreduced pension does not mean that you can simply let that employee go without consequence. The law will very clearly not allow you to simply “bridge” that employee to retirement. Now, if the employee has stated his or her intention to retire, that may be something else, but employers would be very prudent to approach that topic with sensitivity.