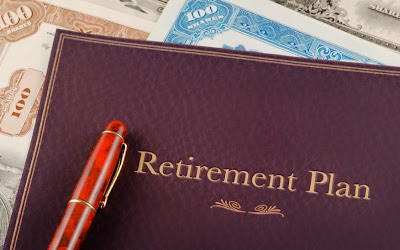 Can publicly announcing one’s intention to retire from employment serve to reduce an employee’s entitlement to wrongful dismissal damages if the employee is later terminated without cause?

According to a decision from the Ontario Superior Court of Justice, Kimball v Windsor Raceway Inc, 2014 ONSC 3286, an employee’s stated intention to retire and therefore not look for new employment following termination "may well be relevant in assessing what constitutes reasonable notice.”

The plaintiff, John Kimball, began working for the defendant, Windsor Raceway Inc., on August 25, 1970. He worked there continuously from then until his termination in 2012, but for short periods when he was on seasonal layoff or on medical leave.

According to the judge’s reasons for decision, one of those brief layoffs occurred on November 15, 2006, when Mr. Kimball’s position of Purchasing/Security Director was eliminated, and he was placed on temporary layoff. However, recognizing the difficulty that the plaintiff would have finding alternate employment at age 64, the defendant created a new position called “Mutuel Supervisor.” It involved a reduction in pay from $61,400 to $55,260 per year. On December 4, 2006, this position was offered to the plaintiff and he accepted it.

Mr. Kimball continued to work at that position until his termination.

Importantly, in February, 2007, enquiries were made about the plaintiff’s plans to retire. On February 26, 2007, Mr. Kimball wrote an email to the defendant that said: “I am anticipating continuing to work for a year after I reach my 65th birthday in Dec. of 2007. I trust that this is what you need to work on your future projections.” He did not, however, retire at that time.

In December, 2008, Mr. Kimball was asked about whether he was going to honour his commitment to retire. According to the president of the defendant, Mr. Kimball told several of his co-workers that he was not going to retire, because if he waited long enough, the defendant would have to offer him some sort of buyout or severance.

Written notice was given to the plaintiff on July 9, 2012. It advised Mr. Kimball that, due to the government ending slot operations at the raceway, it had become necessary to reduce the workforce. He was advised that he “will be placed on indefinite layoff effective August 31, 2012”.

On a motion for summary judgment, the plaintiff claimed that, as an employee of 43 years of service and being 71 years of age, and having been terminated without just cause, he was entitled to 24 months’ salary in lieu of notice.

In declining to grant summary judgment, other than for the plaintiff’s statutory entitlement to “severance pay”, the Honourable Justice Thomas A. Heeney, Regional Senior Justice for the Southwest Region, made the following two comments:

[33] There is no evidence whatsoever as to whether the plaintiff has or has not earned any income since his termination. Without such evidence, the plaintiff has not proven that he has suffered any damages, and is not, therefore, entitled to summary judgment.

[35] Another issue requiring a trial relates to the plaintiff’s intention to retire. Once again, this issue was raised in the affidavit filed by the defendant, but no reply was offered by the plaintiff.

Of critical importance for future cases, Justice Heeney then added:

Although Justice Heeney directed the trial of the matter to be conducted before him, I cannot find any subsequent decision concerning the case. Perhaps it has settled or perhaps it has not yet been heard; I do not know.

There are really two important points made in Justice Heeney’s decision. The first is this entire notion that a plaintiff must lead some evidence as to what has happened post termination, not as evidence as to mitigation efforts, but so as to prove the existence of damages. The second is the issue of one being “near retirement.”

On the issue of proving damages, Justice Heeney made express reference to a decision of the Ontario Divisional Court, sitting as the court of appeal from a Small Claims Court decision, Garcia v. 1162540 Ontario Inc. (c.o.b. as Venice Fitness), 2013 ONSC 6574 in which Mr. Justice H.J. Wilton-Siegel commented that:

I commented on the Garcia case in the post Proving Wrongful Dismissal Damages, noting that, “With the exception of the payment of the plaintiff’s statutory termination pay (i.e. those amounts prescribed by the Employment Standards Act, 2000) I believe Justice Wilton- Siegel got the decision on this point correct. I stand by that comment.

On the issue of the plaintiff being “near retirement” I agree with Justice Heeney that it would be inappropriate for the court to make any determination on that issue without any evidence. From the court’s summary of the evidence thus far it in fact appears that Mr. Kimball had stated an intention to retire in 2007 or 2008, but the facts demonstrated that he continued to work beyond that point. People change their minds. Without the actual evidence it would have been inappropriate for Justice Heeney to make any determination.

What is more interesting is Justice Heeney’s comment at paragraph 37 of his reasons, that Mr. Kimball’s intention to retire “is a factor that may well be relevant in assessing what constitutes reasonable notice in this case.” A strong part of me has to agree that if any employee has no intention of finding new employment, then the fundamental purpose of a payment in lieu of notice is defeated. Mr. Kimball received his statutory severance of twenty-six weeks, plus his statutory notice of eight weeks, 5.75 of which was paid as cash in lieu. He received something on termination; just not as much as he might have otherwise liked.

The takeaways for employees with labour pains are: First, that evidence of post-termination income will always have to be led in a wrongful dismissal case. Failure to lead that evidence would appear to be fatal. Second, it would be prudent to be silent about one’s intentions to retire. Except in certain circumstances, one cannot be forced to retire. Ontario human rights law is clear that an employer cannot discriminate on the basis of age. Accordingly, given that one’s stated intentions can come back to haunt them, it might be prudent to simply stay silent on the issue.

If you have been terminated from your job, it likely makes sense to speak with a lawyer before making any final decisions about your case. The professional, experienced and cost-effective employment lawyers for employees at Ottawa's Kelly Santini LLP would be happy to be of service to you.

The takeaway for employers is that, while it may offend the provisions of the Ontario Human Rights Code to outright ask an employee about his or her intentions to retire – and therefore employers should probably not do such a thing – there is nothing wrong in hearing what is being said. If an employee has a stated intention to retire, it may be prudent to simply ‘wait them out.’ Moreover, if termination without cause becomes necessary, it may be beneficial to advance evidence of the employee’s intentions not to look for work.

If you are an employer and are thinking about letting one of your employees go, it typically makes sense to first speak with a lawyer. The professional, experienced and cost-effective employment lawyers for employers at Ottawa's Kelly Santini LLP would be happy to be of service to your business or organization.