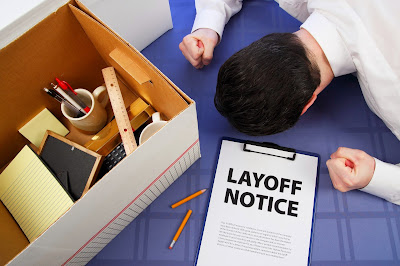 Do the statutory provisions in Ontario's Employment Standards Act, 2000 governing the ways by which an employer may temporarily lay-off an employee oust the application of the common-law doctrine of constructive dismissal during the temporary lay-off period?

According to a decision from the Court of Appeal for Ontario, Motion Industries (Canada) Inc. v. McCarthy, 2015 ONCA 224 (CanLII), the answer is “no.”

The case concerned a salesman, who was responsible for an account that grew exponentially in a short period of time. The plaintiff employee managed the account over the next four years with considerable support from his employer.

In 2008, following the global financial crisis, sales collapsed in a matter of a few months, resulting in a major work force downsizing at the defendant’s branch in North Bay, Ontario. The plaintiff requested an opportunity to take some time off and agreed to a thirty-five week lay-off.

When the employer attempted to change the position to which the employee would be returning at the end of the lay-off, the plaintiff employee sued on the basis of constructive dismissal.

Following the trial of the matter, the Honourable Justice James agreed that the plaintiff had been constructively dismissed for reasons reported at 2014 ONSC 1581 (CanLII).

On appeal, a critical point of contention was when the plaintiff had been dismissed. Partially on that basis, the employer argued that the effect of section 56(4) of the Employment Standards Act, 2000 is that an employer can only terminate an employee on temporary lay-off through the expiry of the lay-off period. In other words, by operation of law, this provision ousts the application of the common law doctrine of constructive dismissal during the temporary lay-off period.

(4) An employer who lays an employee off without specifying a recall date shall not be considered to terminate the employment of the employee, unless the period of the lay-off exceeds that of a temporary lay-off.

In affirming Justice James’ decision and rejecting the appellant employer’s argument with respect to the effect of section 56(4), the Court of Appeal, in its oral reasons for decision said as follows:

[20] …we are unable to accept the proposition that the language of s. 56(4) is capable of excluding the possibility of constructive dismissal. The appellant concedes that this provision was added to the legislation to correct the mischief under the prior wording of the section that had been interpreted to mean that laying off an employee without specifying a recall date amounted to termination. We see no reason to expand the interpretation of this provision beyond that meaning. The Act is remedial in nature and s. 56(4) was enacted to remedy a specific issue. To accept the interpretation advanced by the appellant would go well beyond that purpose and would defeat the remedial objective of the Act as a whole.

This blog has looked at the issue of layoffs and constructive dismissals before. The post Ontario Small Claims Court Awards Human Rights and Punitive Damages after New Mom Constructively Dismissed looked at the case from the Ontario Small Claims Court, Bray v Canadian College of Massage and Hydrotherapy, 2015 CanLII 3452 (ON SCSM), in which the Honourable Deputy Judge J. Sebastien Winny wrote the following:

[23] It is well-established that at common law, an employer has no inherent right to lay off an employee, even temporarily.

[27] I reject without hesitation the College’s blinkered submission that Ms. Bray’s employment was not terminated. To paraphrase what Justice Molloy said in Martellucci (at para. 29 & 35), it is difficult to imagine a more fundamental term of employment than the payment of remuneration. Effective January 1, 2014, Ms. Bray was not working and was not being paid. There had been a unilateral fundamental change to the terms of employment. The plaintiff was constructively dismissed.

Effecting a lay-off is not easy. Moreover, as both the Bray and Motion Industries cases confirm, simply because the Employment Standards Act, 2000 provides for the possibility of a lay-off does not necessarily mean that a common-law constructive dismissal cannot arise.

The Court of Appeal’s unequivocal statement would appear to reject, although not expressly, that which the Honourable Justice Moore of the Ontario Superior Court of Justice said in the case of Trites v. Renin Corp, 2013 ONSC 2715: “The legislature’s action leaves no room for the continued operation of the common law respecting when an employee is terminated.” I pause here to note also that Justice Moore’s statement was expressly rejected by Deputy Judge Kenneth Hagan of the Small Claims Court in the case of Janice Wiens v. Davert Tools Inc., 2014 CanLII 47234 (ON SCSM). If I may be so bold, I would venture to say that it is time for last rite for the decision in Trites; there is still space left at the common law table of constructive dismissal for layoffs.

What the Motion Industries case does for employees is confirm that one can sue for constructive dismissal as a result of a lay-off. Simply because lay-offs are statutorily permitted does not mean that an employee cannot sue if an employer ‘gets it wrong.’ Both Bray and Wiens, albeit it from the Small Claims Court, say the exact same thing.

The takeaway from each of Motion Industries, Bray, and Wiens decisions is that the Ontario courts do not appear to like layoffs. Although in the Trites case, mentioned above, the judge did find that a properly executed lay-off would not amount to constructive dismissal, the overall score on this issue is 3-1, with the Court of Appeal having the most recent word on the issue.