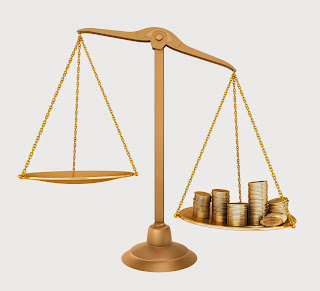 Can we all be honest with one another for a moment? Yesterday’s fight over which retail establishments could open and which could not was about one issue and one issue only: which businesses had the right to make money yesterday and which were precluded.

Some have taken the position that the rules on who can open are arbitrary. The rules are not arbitrary; they are clearly deliberate. The law establishes clear criteria on the tourism criteria that must be met before a municipality may pass an exempting by-law under subsection 4 (1) of the Retail Business Holidays Act. The law is about economics. The clearest proof of that point, I would suggest, is the omission of Boxing Day from the enumeration of holidays in the Retail Business Holidays Act; it is a “holiday” in several other statutes including the Employment Standards Act, 2000.

Yesterday, Good Friday, I published an article looking at the issue of employees and the Retail Business Holidays Act. In that article I highlighted the tension between an employer’s right to open and an employee’s right to refuse to work on holidays. A subsequent post, Right to Refuse Work Comes at Cost to Employee, looked at the consequences to employees of refusing to work on holidays. 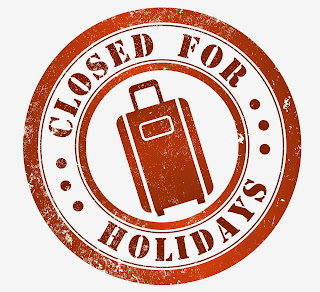 In the post on the Retail Business Holidays Act, I looked at the issue of Good Friday being a “holiday” on which retail businesses are to be closed and the fact that the same has been held to not be a religious observance, but rather a “common day of pause for employees.” Malarkey. The law enumerates “Good Friday” as a holiday; not some random Friday, but the Friday during the Christian observance of Holy Week. Good Friday is a Christian holiday. To be sure there are some secular holidays enumerated within the Retail Business Holidays Act, such as Canada Day, New Year’s Day, and Victoria Day, but “Good Friday”? that’s a Christian holiday.

A "common day of pause" is a good idea. It would indeed be nice if everyone was able to have the day off to spend the day together every now and again. But to suggest that the same is what the Retail Business Holidays Act establishes and that those days just so happen to occur on Christian holidays by coincidence is silly.

Equally silly, and getting to the point of this commentary was the suggestion by the Ottawa location of the Whole Foods Market, a US-based grocer, that their opening on Good Friday was an effort in order to be “here for our community.” According to a reported statement to the CBC, store manager Lisa Slater had earlier told media the store would stay open Good Friday and Easter Sunday because, “The community is out and about, they’re not working and we want to be able to serve the community and give them what they want.” What Ms. Slater seemed to forget is that the reason that the “community was out” and “not working” was because the day was a holiday; “the community” had the day off. Indeed, some of the people that did not have the day off to be out in the community were Whole Foods’ employees. If everyone followed Whole Foods’ logic, then no one would have the day off. Perhaps this “common day of pause” thing is not so silly after all.

The Law is Not Arbitrary

Whole Foods was open in Ottawa yesterday for one reason: to make money. Indeed, that is why it is open every day. It is a for-profit business; not a community service. There is nothing wrong with making money. However, to suggest that the business opened purely as a means of community service is equally as laughable as the notion that observance of Good Friday has nothing to do with religion. That is, of course, unless Whole Foods commits to donating the whole of its net profit earned on Good Friday to community projects.

But Whole Foods’ position raises an interesting point: why are some retail businesses, especially those in tourist areas, allowed to open on holidays? The legal reason is the exemption created in the law itself. Section 4 of the Retail Business Holidays Act says that:

Despite section 2 [the section that prohibits opening on holidays], the council of a municipality may by by-law permit retail business establishments in the municipality to be open on holidays for the maintenance or development of tourism.

Ontario Regulation 711/91 “sets out the tourism criteria that must be met before a municipality may pass an exempting by-law under subsection 4 (1) of the Act.” Those criteria include the following:

all of the retail business establishments in the area are within two kilometres of a “tourist attraction”;

the area does not exceed that necessary to encompass all of the retail business establishments for which an exemption is sought;

at least 25 per cent of the retail business establishments in the area are directly associated with the tourist attraction or rely on tourists visiting the attraction for business on a holiday; and

each retail business establishment that on days other than holidays normally uses a total area of 2,400 square feet or more for serving the public or normally has four or more employees serving the public must, in addition to meeting the tourism criteria… provide goods or services on holidays primarily to tourists.

For those who are interested, here is what counts as a “tourist attraction:”

For those who suggest the law is arbitrary, it is ostensibly not – it is all about furthering tourism.

But the goal of tourism is to make money, both for local businesses and for the municipalities that pass the exemption by-laws. Those municipalities have a vested interest in having tourists visit. Again, nothing wrong with that; but a little honesty as to what is going on would be nice.

Whole Foods’ decision to open in Ottawa on Good Friday has started a debate; should retail businesses be allowed to open whenever they want or should they be forced to close in order to permit their employees to enjoy a “common day of pause”? Is it right that some of those “common days of pause” just so happen to also be Christian holidays? (Good Friday, Easter Sunday, Christmas.) Is it right that some businesses can open simply by virtue of their location?

The law will not change through court challenge. That has been tried and repeatedly failed. (See my earlier post for a summary of those challenges.) It will only change through the legislature.

So, what do you think? Is there merit in a “common day of pause” for retail employees? Do those employees deserve to be “out in the community” from time-to-time? Or, should we treat grocers in the same way we treat paramedics and police officers, as an essential public service? Retailers used to close on Sundays. Every Sunday. And yet, somehow, humanity survived.