Right to Refuse to Work Comes at a Cost to Employee 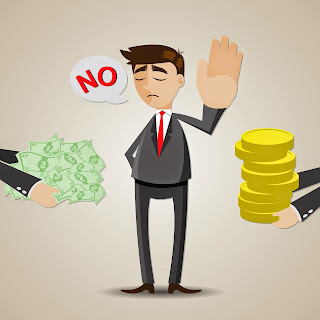 If an employee asserts his right, as guaranteed under the Ontario Employment Standards Act, 2000, not to work on a holiday or on a Sunday, must the employer provide him with a substitute for the hours he otherwise could have worked?

In a decision from the Ontario Labour Relations Board, Farinha v Highland Farms Inc, 2014 CanLII 17466 (ON LRB), the answer was “no.”

The case concerned an application pursuant to section 116 of the Employment Standards Act, 2000 to have the Labour Relations Board review a decision of an Employment Standards Officer. The officer had concluded that the employer (“Highland Farms”) did not break the law when it permitted the Applicant, Mr. Farinha, not to work his scheduled Sunday hours, but did not substitute another non-Sunday shift for those hours.

As set out in the Vice-Chair’s reasons for decision, the facts of the case were as follows:

Highland Farms operates a number of retail grocery stores. Farinha commenced employment as a meat cutter with Highland Farms in 1986. His employment contract was not reduced to writing. At that time, and for some time thereafter until Sunday shopping was permitted in the province, the retail stores were open from Monday through Saturday. Farinha worked 44 hours per week on those workdays.

At some point, Highland Farms started to open its stores, or some of them, seven days per week. Farinha, however, continued to work primarily Mondays through Saturdays for a number of years.

The events that gave rise to Farinha’s claim under the Act commenced in March 2011. At that point, he had been working as a meat cutter in a Scarborough store for 44 hours per week, including one six-hour shift every second Sunday. His employer indicated that it was increasing the length of that Sunday shift to eight or nine hours, while maintaining the overall weekly hours at 44. Farinha objected, and advised that he did not want to work Sundays.

The employer continued to schedule Farinha for shifts every second Sunday. Farinha did not work those shifts. He was not disciplined for exercising his right to refuse that work, but he was only paid for the shifts he did work. Consequently, he earned less than he had done. The measure of the difference in his earnings was nine hours of pay per two-week period worked. In other words, his regular earnings which had been calculated based on 88 hours worked each two weeks, were now calculated based on 79 or 80 hours worked each two weeks. His earnings were further reduced in the middle of 2011 when Farinha was medically restricted from working more than 40 hours per week, but continued to refuse to work any of those 40 hours that were scheduled on a Sunday.

The other employees in the meat department of the store where Farinha was working were also assigned to Sunday shifts on a regular basis.

In December 2011, Farinha’s medical restrictions changed. He was still restricted to working 40 hours per week, but he was additionally restricted in terms of the duties he could perform. Highland Farms sought to transfer him to a larger store location where it asserted that it could more easily accommodate those restrictions. Farinha refused to attend that location. He did not work for about four weeks (for two of which he received EI benefits), but Highland Farms then managed to accommodate him in a lower paying position (meat wrapper) at his home store. Farinha acknowledged the request for modified duties due to the change in his medical restrictions, but nevertheless suggested that the proposed transfer was a reprisal for his having refused Sunday work.

Mr. Farinha's contention was that when he refused to work on Sundays, Highland Farms ought to have scheduled him a make-up shift during the Monday-Saturday period so that he would continue to be paid for 88 hours each two weeks. He suggested that his employer’s continuing to schedule him for regular bi-weekly Sunday shifts after he refused to work Sundays was an act of reprisal, as defined by the law.

[15] After having worked alternate Sundays for some period of time, commencing in March 2011, Farinha exercised the right not to work his scheduled Sundays. Highland Farms did not insist that he work Sundays, it did not discipline him for refusing to do so; it did not punish him by offering him fewer hours of work than other employees or fewer Monday-Friday shifts than it had previously done. It simply continued to make the shift assignments that it had the right to make to staff the meat department for the hours that the store was open.

[16] Farinha alleges that Highland Farms contravened section 74 of the Act: [“No employer… shall intimidate, dismiss or otherwise penalize an employee or threaten to do so… because the employee… exercises or attempts to exercise a right under this Act.”]

[17] The right that Farinha exercised was the right under the Act to refuse to perform assigned Sunday work. He claims that the assignment of Sunday work to him was a reprisal for his refusal to perform Sunday work, but that of course is a logical impossibility. The shift assignment decision preceded his exercise of his right, and so cannot be said to have occurred “because of” it.

[18] Farinha’s earnings were reduced, not because the company punished him for exercising a right under the Act, contrary to section 74, but simply because the cost of exercising that right is one that he bears. Employees may decline to work a Sunday shift, however, they will not be paid for not working, and the Act does not oblige an employer to substitute another shift. Similarly, employees are entitled to various forms of leave from work under the Act. Where they are absent from work because they have exercised the right to take such leave, the Act neither requires the employer to pay them while on leave nor to schedule a make-up shift in order that they will not be out of pocket as a consequence of taking the leave.

[20] Farinha may have had a contractual right to be assigned to a certain number of hours of work per week, but he had no right to any particular schedule of shifts. He did not like the schedule offered starting in March 2011. He exercised his right under the Act to refuse to perform a portion of it. The consequence was that he lost pay for one shift per two-week period. Nothing changed after that. The Sunday schedule was not imposed because he exercised a right under the Act; its imposition was what prompted Farinha to exercise a right under the Act. There can be no contravention of section 74 in such circumstances.

[21] Highland Farms has provided a reasonable explanation for why it proposed to transfer Farinha to another store location in early 2012. Furthermore, that proposed transfer occurred almost a year after Farinha refused to work Sundays. When Farinha refused the transfer, his medical restrictions were accommodated at his home store. In these circumstances, I am persuaded that the proposed transfer was completely unrelated to Farinha’s exercise of the right to refuse Sunday work.

In the result the application was dismissed. The employer was found to have done nothing wrong.

This decision was provided to me on the heels of another post, Employees and The Ontario Retail Business Holidays Act, which looked at the obligation on retail businesses to close on certain, enumerated holidays and the rights of employees to refuse to work on those days.

Much like holidays, the right to refuse to work on Sundays is currently enshrined in Ontario law. However, as the Farinha case makes clear, employees who choose to exercise such rights must “pay the price”.

Under the law, most employees in Ontario are to be paid public holiday pay on public holidays, even if they do not work. More information on this subject can be found on the Ministry of Labour’s webpage at: http://www.labour.gov.on.ca/english/es/pubs/guide/publicholidays.php.

Of course, no such similar right exists with respect to ‘regular’ Sundays; if the employee does not work, then he does not get paid.

The Farinha decision appears to attempt to balance the competing rights of employers and employees. Vice-Chair McKellar’s observation about a lack of obligation on employers to pay employees during other forms of protected leave is an astute observation. I am inclined to agree with her on this point.

The Farinha decision demonstrates a number of points, but the one I believe it most clearly demonstrates is the limited power of the Ontario Labour Relations Board and the Ontario Ministry of Labour. In my opinion the Board was correct; Highland Farm’s actions were not an act of “reprisal”. However, Mr. Farinha’s complaints did not truly appear to be about reprisal; he appeared to object to the employer’s unilateral alteration of his hours of work. That argument may have sounded in “constructive dismissal.” (For a review of why I take this position, consider the decision of the Supreme Court of Canada in Potter v. New Brunswick Legal Aid Services Commission, 2015 SCC 10, summarized by this blog in the post Supreme Court of Canada Confirms that There are Two Paths to Constructive Dismissal.)

There are a few takeaways from this case for employees with labour pains. The first takeaway is that one has to be very careful about where one pleads his or her case and for what. While one’s first reaction may be to “call the Labour Board”, as cases such as Farinha demonstrate, the Board is not all powerful.

The second takeaway is that there can be a cost to asserting one’s rights. Employees do not have to work on Sundays, but employers are not obligated to compensate employees who assert such rights.

It is important to note however that there was a finding that Highland Farms did not punish Mr. Farinha in any way. Had they fired him, or otherwise punished him, after he refused to work on Sundays, then that would have been an act of reprisal and things may have turned out differently.

This case is clearly a big win for employers. The case confirms that employers can schedule their employees according to business needs. Provided that the employer complies with all of the aspects of the law, including maximum hours of work, breaks, time off of work, etc., it is the employer who decides when work is to be performed. Employees can be within their rights to refuse to work at various times, but if they choose to do so, then the employer need not pay the employee.