Employee Owed More Severance Because He was Fired in June 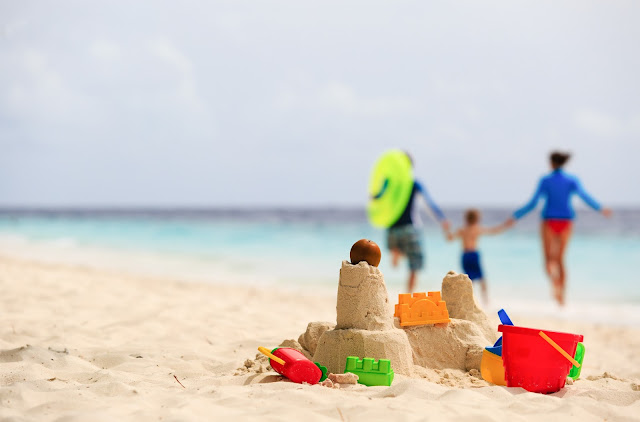 Does it matter in which month an employee is fired? According to decision from the Ontario Superior Court of Justice, Fraser v Canerector Inc., 2015 ONSC 2138 (CanLII), the answer is “yes.”

In his reasons for decision granting the plaintiff 50% more reasonable notice than he otherwise would have awarded, the Honourable Justice Sean F. Dunphy wrote:

I must also account for the time of year when his employment was terminated in assessing reasonable notice. Mr. Fraser’s employment was terminated in June and it was quite foreseeable that hiring decisions at his level might have needed to be delayed somewhat due to the summer months in order to account for vacation schedules of key decision-makers.

The plaintiff, Mr. Fraser was 46 years old at the time of termination and had been with the defendant for 34 months. His work history showed him to be a senior executive with talents and experience adaptable to more than a single industry. The employment market for a man of his talents was clearly fairly strong in 2014 as witnessed by the creditable speed with which he was able to secure new employment (about ten weeks).

Of critical importance to both this post and Justice Dunphy’s calculation of the plaintiff’s reasonable notice was the fact that the plaintiff’s employment was terminated in the month of June.

In his reasons for decision, Justice Dunlop wrote the following with respect to the calculation of the applicable reasonable notice period:

[31] …I must now turn to consider what period of reasonable notice must be given where the defendant has determined to terminate the employment of the plaintiff. Cause is not alleged in this case. There is no dispute between the parties that the Bardal principles are the ones that govern reasonable notice in cases such as this. In the frequently-quoted passage from Bardal v. The Globe and Mail Ltd. [1960] O.W.N. 253 (H.C.J.), McRuer C.J.H.C. found (at para. 21):

[32] The principles to be applied are simple to state if complicated to apply. As is often said, each case is determined on its particular facts. The question of reasonable notice is quintessentially a matter of mixed fact and law that requires the judge hearing the case to apply his or her judgment to the assessment of a number of factors many of which tend to pull in opposite directions. The end result is more art than science but must be one that is fair in all of the circumstances.

[35] I find that for a man of Mr. Fraser’s age and level of responsibility but relatively short years of service, I must also account for the time of year when his employment was terminated in assessing reasonable notice. Mr. Fraser’s employment was terminated in June and it was quite foreseeable that hiring decisions at his level might have needed to be delayed somewhat due to the summer months in order to account for vacation schedules of key decision-makers. While his term of service might normally suggest a relatively shorter period of notice, timing plays a bigger role where notice is short. While timing in fact was no impediment in this case (Mr. Fraser having found new employment by August), that is a conclusion enabled by hindsight.

[36] Having regard to Mr. Fraser’s age, the level of his employment, his skill-set (both “M&A” as well as years as an auto parts executive), his relatively short service with the defendant and the time of year, I find the 12 months claimed to be clearly excessive while the two weeks statutory minimum actually paid to be clearly too little.

[37] In the circumstances, Mr. Fraser was very fortunate to have found the employment he did as early as August. While hindsight will not determine the outcome of the process, I can allow his actual job-hunting experience to help guide me in assessing the robustness of the job market Mr. Fraser faced at the time of his termination (employment prospects being one of the Bardal factors). Beyond this limited use of the data, however, his securing of new employment goes primarily to the question of mitigation, not entitlement. I find that the employment market for an executive of Mr. Fraser’s skills in 2014 was reasonably strong.

[38] Having regard to the totality of circumstances, I find that 4.5 months is a reasonable period of notice for the termination of Mr. Fraser’s employment with the defendant. Absent my consideration of the potential negative impact of the summer break on Mr. Fraser’s job prospects, I should have awarded a somewhat shorter period of notice (three months). The defendant is entitled to credit against the wages otherwise payable for such period for the remuneration received by Mr. Fraser from his new employer, including the portion of 2014 bonus attributable to the reasonable notice period.

As correctly stated by Justice Dunphy and as mentioned on this blog, and by practically every employment lawyer in Ontario since 1960, “availability of similar employment” is one of the four key considerations when calculating reasonable notice.

Justice Dunphy’s observation that it is difficult to get decision makers to agree on hiring decisions in the summer is an astute observation. For the record, I have to agree with him – it is difficult to get things done in the summer for the exact reason cited. For that reason one has to agree with his observation that perhaps notice periods should be lengthened for those fired at times during which hiring decisions are not exactly being made, including not only summer but the holiday season as well, i.e. the month of December.

Of course, the same will not be true in all industries. For some, summer is the only season that counts and hiring decisions are being made. Ditto the Christmas season when it comes to retail.

The fact is that availability of similar employment and the realities of when employers are, and are not, hiring should be considered by the court when assessing reasonable notice – provided, of course, that either proper evidence is lead or the court would be within it rights to take judicial notice of such a fact.