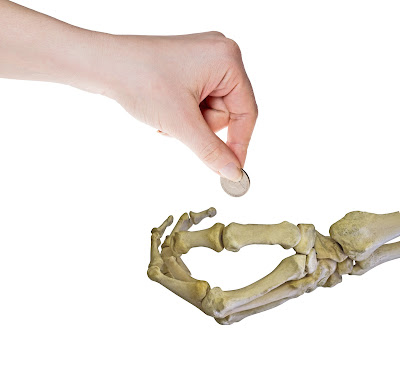 If an employee dies due to a terminal illness (e.g. cancer), is his estate entitled to severance pay?

In the case of Estate of Cristian Drimba v Dick Engineering Inc., 2015 ONSC 2843 (CanLII), the Honourable Justice Douglas K. Gray of the Ontario Superior Court of Justice held that it is.

Death may put to an end many things, but an employee’s entitlement to severance pay would appear to not be one of them.

The case concerned claims of wrongful dismissal, following the death of the plaintiff, Cristian Drimba. As found by Justice Gray, the cause of the plaintiff’s termination from employment was his death; nothing else.

Accordingly, at the hearing of the motion for summary judgment, Justice Gray advised the parties that on those facts there was no scope to argue that Mr. Drimba had been terminated by any act of the employer, nor had he been constructively dismissed. Accordingly, the court saw no basis for any claim for common law damages.

However, the court advised counsel that it saw some basis for a claim for termination pay and severance pay pursuant to the Employment Standards Act, on the ground that Mr. Drimba’s illness, which led to his death, constituted a frustration of the contract of employment, and arguably gave rise to a right to claim termination pay and severance pay under that statute. Justice Gray invited submissions on that issue, which are summarized below.

Below is the applicable chronology.

On August 29, 2013, the defendant confirmed in writing to Mr. Drimba that his employment would continue until such time as he was well enough to return to work.

Counsel for the plaintiff argued that Mr. Drimba’s contract of employment was frustrated by his illness, which led to his death. To wit, Mr. Drimba suffered from terminal cancer, which caused his death. In view of the seriousness of his illness, it was highly unlikely that he would ever be able to resume his employment. Thus, at the point at which his inability to ever resume his employment became likely, the contract of employment became frustrated.

For its part, counsel for the defendant argued that Mr. Drimba’s employment contract was severed only by his death – he was never fired. In such a case, his estate should not entitled to termination pay or severance pay under the Employment Standards Act.

In resolving that the plaintiff estate was entitled to statutory termination pay, Justice Gray wrote the following:

[23] In my view, it is clear from the combined effect of the relevant statutory provisions, together with the relevant provisions of O.Reg 288/01, that an employee whose contract of employment is severed by frustration on account of illness or injury is entitled to both termination pay and severance pay pursuant to the Employment Standards Act. Thus, the only question in this case is whether Mr. Drimba’s contract of employment was frustrated by his illness, or whether his employment came to an end on his death.

[24] It is clear, in my view, that Mr. Drimba suffered from a debilitating, and ultimately fatal, illness. Marilena Drimba, in her original affidavit sworn September 2, 2014, deposes that in June, 2013, Mr. Drimba was diagnosed with terminal cancer and he commenced a leave of absence on June 7, 2013. He died on September 17, 2013.

[25] In my view, it must have been apparent that, as a result of the severity of Mr. Drimba’s illness, it was highly unlikely that he would ever return to his employment, notwithstanding the generosity of his employer to keep his position open for him in the event that he recovered. This was likely a false hope after he was diagnosed with terminal cancer, and it ultimately proved to be the case.

[26] While it is obviously not possible to pinpoint the precise date at which Mr. Drimba’s contract of employment became frustrated, it was undoubtedly at some point between June 7, 2013, and September 17, 2013, his date of death.

[27] Accordingly, Mr. Drimba’s contract of employment became frustrated before he died. He became entitled to both termination pay and severance pay under the Employment Standards Act. His estate is now so entitled.

One of this blog’s very first posts was titled “Frustration of Contract need not be Frustrating.” In that post I wrote the following:

Many employees who become chronically ill, are injured in a workplace accident, or get hurt in some other type of accident and are unable to return to work for medical reasons often believe that they have no option but to quit their job. By the same token, it is not uncommon for employers to take the position with their employees that the employee must either return to work or quit.

However, as this post will demonstrate the forced options of “return to work or quit” are, in fact, a false dichotomy. Employees have other options and employers have further responsibilities.

One of the definitions of “termination of employment” within the Employment Standards Act is: when “the employer… is unable to continue employing” the employee. Arguably, employers unable to accommodate sick employees are “unable to continue” employing them, thereby triggering an obligation to provide notice, pay in lieu of notice, and severance. The net result, at least as I read it, is that sick employees are employees entitled to their termination pay.

Put more simply, if an employer is going to terminate an employee’s contract for frustration, that employer must still provide statutory notice and, where applicable, statutory severance. Period.

It’s nice to be right. Was the decision correct in my view? It would be hard for me to argue against myself.

More to the point, the case highlights the fact that with respect to certain statutory obligations, much like death and taxes, there may be no escape. Although it may seem rather silly to provide severance pay to the estate of a former employee, and even more silly to provide pay in lieu of notice of termination, if one conceptualizes “severance” as a form of earned pension or forced savings, then the notion becomes less absurd. “Severance” has been described as, amongst other things, a return of capital earned by the employee to the employee.

For more on the issues of chronic absenteeism, frustration of contract and human rights, consider the following posts: