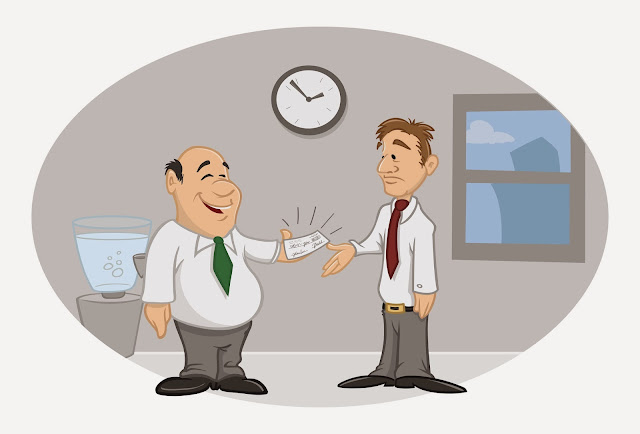 Does an employer’s offer of legally required severance pay, provided that the employee signs a full and final release, mitigate against an award of punitive damages if the employer later refuses to pay that legally required severance pay? Surprising as it may seem, in the case of Wyllie v Larche, 2015 ONSC 4747, the Honourable Justice David Price of the Ontario Superior Court of Justice said “yes, it does.”

The case concerned an action brought by the dismissed employee for wrongful dismissal.

The defendant, Larche Communications Inc. (“Larche”), operates a radio station in Owen Sound. In July 2010, Larche hired the plaintiff, Mr. Wyllie, as a sales representative to sell radio advertising for its new radio station, “the Dock”, in Owen Sound.

The parties had initially entered into a written employment contract for a year, ending August 31, 2011. Larche prepared the contract, in the same form which it required each of its sales representatives to sign. The contract provided that Larche would pay Mr. Wyllie a salary for the first ten months of his employment, and commissions thereafter. After the first ten months, Larche would advance $750 per month to him, which it would then deduct from his earned commissions.

Larche gave Mr. Wyllie an outline of his job description, training, sales targets and minimum performance requirements. The employment contract allowed Larche to terminate his employment without cause upon giving him two weeks’ notice of his termination. Which, incidentally, was at all material times legally insufficient.

On September 1, 2011, Larche entered into a second employment contract with Mr. Wyllie, which replaced the first. The second contract was for the year ending August 31, 2012. Its terms were substantially the same as those of the prior contract, except that his remuneration was based solely on commissions.

On April 10, 2012, Larche gave Mr. Wyllie written notice of the termination of his employment on a “without cause” basis. It says that it did so because he failed to meet his sales targets and minimum performance requirements.

Larche paid Mr. Wyllie two weeks remuneration, in lieu of notice, as required by his employment contract, which Larche prepared and required all of its sales representatives to sign. Larche additionally offered to pay Mr. Wyllie severance equal to a further ten days remuneration if he signed a release, which he declined to do.

Mr. Wyllie sued Larche for damages, including punitive damages, for wrongful dismissal. He made multiple complaints against Larche for wrongs done to him during his employment and dismissal, including that Larche arbitrarily increased his commission targets beyond those set for more favoured employees.

As set out by the motion judge, Mr. Wyllie’s complaints amounted to, essentially, to an allegation that Larche constructively dismissed him, or dismissed him without cause.

Larche has moved for summary judgment dismissing Mr. Wyllie’s action or, in the alternative, for an order requiring him to post security for costs.

In his overview of the nature of the motion, Justice Price wrote the following:

The allegation that he was constructively dismissed is untenable as such an employee who considers himself to have been constructively dismissed must act on his belief within a reasonable time and Mr. Wyllie took no action to treat the change in his commission structure as a dismissal until almost a year after entering into his last employment contract, and until after Larche actually dismissed him. Mr. Wyllie’s allegation that there was no cause for his dismissal is not relevant, as Larche dismissed him on a “without cause” basis, which its employment agreement permitted it to do, provided that it paid him two weeks remuneration in lieu of notice and an additional five days remuneration as severance.

In deciding that the plaintiff employee’s claims had no reasonable prospect of success, Justice Price enumerated the issues about which Mr. Wyllie had complained but in which the court had no interest:

With respect to his claims of constructive dismissal:

(a) Failure to disclose responsibilities and qualifications for his position;

(b) Favouritism in not giving him the same concessions in product pricing as it gave a colleague of Mr. Wyllie’s;

(d) Failure to execute a second term employment contract in a timely manner;

(f) Manipulation and fabrication of facts and company policy.

With respect to his claims of unjust dismissal:

(a) Refusal to meet with him prior to termination;

(b) Failure to respond to his e-mail;

(c) Service of a letter of reprimand on him about his work performance.

(d) Luring him into a false sense of security of employment by including him in a trip to Cuba;

(e) Misleading him as to the precariousness of his employment;

(f) Allowing him to incur out of pocket expenses on the trip.

[42] Were it not for Mr. Wyllie’s employment contract, he would be entitled, according to the principles of contract, as they have developed in the common law, to “reasonable notice” of termination of his employment. The period of notice to be given to him upon his dismissal “without cause” would be based on the facts of his case.

[43] The common law permits employers and employees to “contract out” of the reasonable notice period that an employee is otherwise entitled to, by setting out a shorter notice period in their employment contract. Mr. Wyllie’s employment contract limited the notice he was entitled to receive to two weeks, or two weeks remuneration in lieu of notice.

In declining to award punitive damages, after the employer failed to satisfy its statutory obligation to provide Mr. Wyllie with his five days of severance pay, Justice Price made the following decision:

[99] I have considered, in relation to Larche’s blameworthiness, the fact that it drafted the employment agreement, for all its commission salesmen, in such a way as to limit its liability for payment in lieu of notice to the minimum required by the Canada Labour Code, and paid Mr. Wyllie that minimum amount after two years of employment, and withheld the severance payment that it was statutorily obligated to pay to Mr. Wyllie, while proceeding with its motion for summary judgment dismissing his claim.

[100] I have considered, in relation to Mr. Wyllie’s vulnerability, the details of his financial circumstances, which Larche relied on in support of its motion for security for costs against him, including the fact that that he was unemployed and had been evicted from his home.

[101] I find that Larche’s offer to pay Mr. Wyllie severance equal to ten days remuneration, provided he signed a release, is determinative in disentitling Mr. Wyllie to punitive damages. This amount was twice Mr. Wyllie’s legal entitlement to severance under the Canada Labour Code. While Mr. Wyllie’s refusal to sign the release did not relieve Larche from its obligation to pay the severance, it mitigates the seriousness of Larche’s failure to pay, and removes the egregious character that its failure to comply with its obligation under the Code otherwise would have had, and which may have entitled Mr. Wyllie to punitive damages.

In the result, Justice Price granted summary judgment, requiring Larche to pay Mr. Wyllie severance in the amount of $546.25, being 5 days severance, plus pre-judgment interest on that amount at 1.25 percent from April 10, 2012.

I have a number of issues with Justice Price’s decisions. Principally, I have issues with His Honour’s decision to award Mr. Wyllie no more than his five days of statutory severance and his decision to not award punitive damages.

With respect to his decision to award no more than five days of statutory severance, although I do not know what Mr. Wyllie, who I note was unrepresented by a lawyer, claimed against Larche, I would have thought the court would have appreciated that Larche’s employment contract was illegal and therefore unenforceable. I suspect no such argument was made by Mr. Wyllie.

Why was the contract ‘illegal’ and why does that matter? For the reasons set out in this blog’s post Poorly Drafted Employment Agreement Proves Costly, employment agreements that fail to provide for the minimum amounts of employee benefits on termination, including severance pay, are generally considered to be illegal and unenforceable, the result of which being that the employee is generally entitled to “reasonable notice” of dismissal. With all due respect to Justice Price, I believe His Honour’s analysis on this point is wrong. Larch drafted the contract. It was illegal. The court should not give effect to it. The net result being that Mr. Wyllie should have been awarded “reasonable notice” of dismissal; not just the five days of severance prescribed by the Canada Labour Code.

With respect to Justice Price’s decision not to award punitive damages, I respect that punitive damages are a discretionary remedy. However, the courts of this country have consistently held that the failure to comply with the minimum applicable standards prescribed by employment standards’ legislation is wrong, meriting an award of punitive damages. That the employer in this case offered to comply with the law should not forgive their actions. Larche should have paid the five days of severance (which was only $546.25!) and then offered him the additional five days of severance in consideration of Mr. Wyllie’s execution of a release. To hold his statutory entitlement over him in the way in which it did was simply wrong. Punitive damages ought to have followed. On this point see the approach of the Honourable Justice Pierre Roger in Morison v Ergo-Industrial Seating Systems Inc., 2016 ONSC 6725 (CanLII) about which I have blogged in my post Ottawa Judge Awards $50,000 in Punitive Damages after Employer Fails to Provide Statutory Minimums and ROE.

Somehow I doubt this decision will be appealed. Given Mr. Wyllie’s stated financial status I am pessimistic that he will have the means to appeal this decision, although he likely should.

The second takeaway is that, by and large, once you have been fired the court will not care about how nasty your workplace was while you worked there. If you have concerns about the way your employer is treating you, then the time to complain is while the conduct is occurring; not afterward.

For employers the first key takeaway is that it almost always pays to use a professionally drafted employment contract. The ability to limit one’s obligations on termination will almost assuredly make the cost a good investment. If your employment contracts do not have a written termination provision now is the time to invest in one!

Second, although the employer in this case avoided paying punitive damages, it did not avoid paying its lawyers to defend the claim. Neither side in this case was awarded anything for its legal costs. As a general practice, avoid situations that may entitle employees to make a claim for punitive damages. One such situation where punitive damages may be warranted is where the employer fails to pay the minimum amount of severance as prescribed by the applicable employment standards legislation.