Close Only Counts in Horseshoes and Hand Grenades: The Irrelevancy of “Near Cause” in Canada 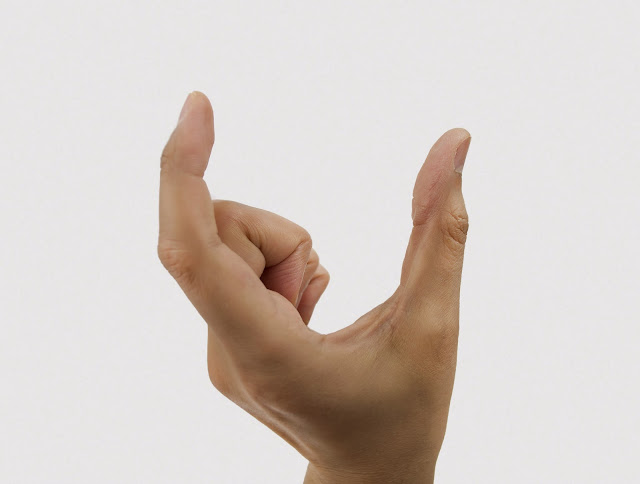 Employers often believe that an employee’s conduct should play a role in its obligations to him or her upon termination. To the extent that those factors assist the employer in establishing just cause for termination, the employers would be correct. However, if the improper conduct does not meet the ever-elusive standard for just cause, what effect does it have on the reasonable notice period owed to the employee as common law damages for wrongful dismissal? In other words, can the employer “knock down” the reasonable notice period by arguing that it almost established cause?

In its brief decision in Dowling v Halifax (City), [1998] 1 SCR 22, the Supreme Court of Canada emphatically held that the doctrine of “near cause” has no place in Canadian employment law. In fact, the Court wrote that it would “not accept any argument relating to near cause.”

The case concerned a claim by the plaintiff employee for wrongful dismissal. The employer defended on the basis that it had cause to terminate him based on his improper dealings with a contractor.

The plaintiff had been employed with the Works Division of the City of Halifax for twenty five years. At the time of his termination, he was a “Works Supervisor”, responsible for awarding and coordinating contracts that the City put out for tender.

One such contract concerned waste disposal work to be done at the Roaches Pond Sewer and Draining Pumping Station. That contract was awarded to Saccary Contracting Ltd., whose principal was Mr. Donald Saccary. During the course of the administration of the contract, the City became suspicious of the relationship between Mr. Saccary and the plaintiff. First, it was concerned with how the contract was being performed, with the contractor seemingly cutting corners in disposing the waste. Then, there was an incident where the plaintiff and Mr. Saccary were arrested for being intoxicated and causing a disturbance at a political rally. All of this led the City to investigate the nature of the relationship between the two men.

Through its investigation, the City discovered that the plaintiff was an officer and director of Saccary Contracting Ltd. and accordingly had a financial interest in awarding the contract to Mr. Saccary. The City alleged that the plaintiff was encouraging the contractor to cut corners, as this would result in a greater profit for the corporation. The City swiftly terminated him for cause.

At trial, the defence was based on allegations which came to the attention of City officials after the date of termination. Their allegations were now aimed at the misconduct of the plaintiff in awarding the contracts to Saccary Contracting. The evidence largely came from a rival contractor who reported he was misled during the tendering process and was subject to intimidation by the plaintiff. The employer argued that these dishonest and corrupt actions constituted cause for termination.

The trial judge found that the evidence surrounding the award of the contract was not sufficiently clear to meet the burden of just cause. The Honourable Justice Allan Boudreau was not persuaded by the allegations of misrepresentation and mistreatment by the rival contractor. He did find that the plaintiff “cut Mr. Saccary more slack than he should have”, but this could have been dealt with by way of a reprimand to the plaintiff. However, his actions could not have constituted cause. In support of this conclusion, Justice Boudreau cited the fact that the plaintiff had not been sanctioned in his twenty five years of employment with the City.

In deciding the reasonable notice period, however, Justice Boudreau wrote that he would “moderate” damages based on the inappropriate nature of the plaintiff’s conduct. He concluded that the appropriate period of notice was six months, an extremely low number for an employee of the plaintiff’s length of service. Justice Boudreau did not cite any employment case law in support of this number, nor did he reference any of the other oft cited factors, such as the plaintiff’s age or the availability of similar work.

The plaintiff once again appealed. The Supreme Court, in a terse judgment, laid the doctrine of “near cause” to rest, and ordered that the matter be remitted to the Nova Scotia Supreme Court to determine the reasonable notice period which should have been given to the plaintiff, without moderating the damages for the misconduct.

One of the Supreme Court’s most important duties is to ensure the uniform application of the law in Canada and to resolve discrepancies that arise from province to province. Leave to appeal to the Supreme Court was likely granted so that the doctrine of “near cause” or “moderated damages” could be unequivocally discredited.

While the doctrine may have some inherent appeal (why should troublesome workers be treated the same as good ones after termination?), the Supreme Court saw fit to promote simplicity in employment law. They essentially did not want the employee’s character or conduct to become a live issue in each and every wrongful dismissal case. If “near cause” were to gain judicial approval, employers would be incentivized to paint their employees in the most negative light possible. This would increase the number of wrongful dismissal cases before the Court, and add a new level of adversarial conduct in their litigation.

It is important to note that the plaintiff’s arrest for public intoxication did not form a discernible part of the employer’s argument for just cause. However, off duty conduct can occasionally result in sanctions at work. To read more about how an employee’s off duty conduct can lead to their termination, see the post Should Employers be Allowed to Fire Employees for Their Off-Duty Conduct?

It should also be noted that, while it was not commented upon in any of the three decisions in this case, the employer’s just cause argument forwarded at court was entirely different than the reasons provided to the employee at the time of termination. The doctrine of “after-acquired cause” has been sanctioned by the Supreme Court of Canada in Lake Ontario Portland Cement Co. Ltd. v. Groner, [1961] SCR 553, 1961 CanLII 1, where the Court wrote that “provided good ground existed in fact, it is immaterial whether or not it was known to the employer at the time of the dismissal.” However, both the Canada Labour Code and the New Brunswick Employment Standards Act have both since added amendments limiting an employer’s right to rely on after-acquired allegations. The effect is that employers in those jurisdictions cannot rely on allegations of cause raised after the dismissal if the employer was aware of the misconduct prior to the employee’s dismissal and yet failed to rely on it at the time of termination. In Dowling, it appears as though the City did not know of the plaintiff’s misrepresentations to other bidding contractors, although the discussion on this is extremely limited.

Regardless, even if the employer legitimately did not know about the allegations until after termination, arguments of after-acquired cause may be viewed with suspicion. In McGregor v. Atlantic Packaging Products Ltd., 2012 ONSC 2127, the Honourable Justice Walters wrote that “an employer does not have a duty to give reasons for dismissal at the time of termination, however, allegations of just cause alleged after the fact, will affect their weight.” The New Brunswick Court of Appeal summed this position up best in its decision in Doucet and Dauphinee v. Spielo Manufacturing Incorporated and Manship, 2011 NBCA 44 when it cautioned employers against becoming “employment archaeologists”, trying to dig up grounds for dismissal for cause after the fact. Employers should be wary of such conduct, as it could very well constitute bad faith and lead to additional awards of damages against it.

As this blog has stated many times, establishing just cause can be exceedingly difficult. Perhaps more frustrating is the fact that it is difficult to put one’s finger on a clear standard that must be met. Accordingly, it is difficult to know when you have just cause to dismiss an employee. If you are considering disciplining an employee, it is always prudent to discuss the matter with an employment lawyer before doing so. The decision in Dowling only underscores the importance of being sure you have just cause, because you won’t get any credit for coming close. Just cause is an all or nothing proposition.

Email ThisBlogThis!Share to TwitterShare to FacebookShare to Pinterest
Labels: Just Cause, Near Cause