Disease of Alcoholism Does Not Prevent Discipline 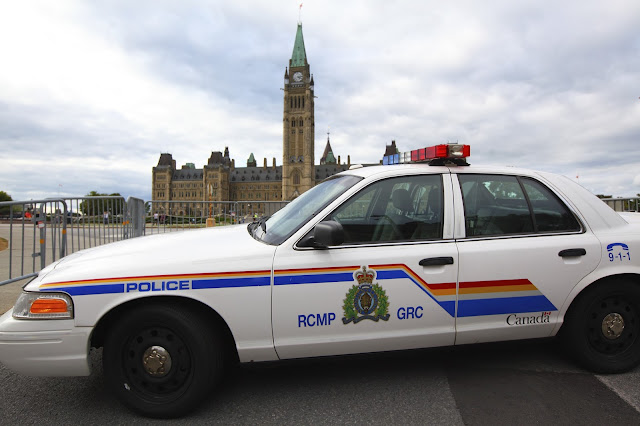 Can an employee suffering from the disease of alcoholism be punished for her behaviour if her disease contributed to the behaviour under review? What if the employee is a police officer?

The issue of alcohol dependency among first responders is an interesting subject. Police officers are people, susceptible to any number of diseases and disabilities. Alcohol dependency has consistently been held to be a “disability” under human rights legislation. Human rights legislation prescribes that employers have a duty to accommodate disabilities, including alcohol dependency, to the point of undue hardship. So therefore, if a police officer has a problem with alcoholism her employer, the police, must accommodate that disability, correct?

In the case of Mansley v. Canada (Attorney General), 2016 FC 389 (released April 7, 2016) the Federal Court was asked to judicially review a decision of the Canadian Human Rights Commission to decline to investigate an allegation of adverse differential treatment by the RCMP on the basis of alcoholism and post-traumatic stress disorder.

In deciding to upheld the Commission’s decision the Honourable Justice B. Richard Bell held that the Commission’s decision, based on the findings of any investigation report, met the standard of reasonableness and fell within the range of possible, acceptable outcomes which are defensible in respect of the facts and law. Mr. Justice Bell was also satisfied that the investigator conducted a thorough and neutral analysis based on the various sources of information available to her and there was no bias, apprehension of bias or breach of procedural fairness.

The case concerned Cst. Cathy Mansley, who joined the RCMP in August, 1995. After her basic training she was deployed as a general duty police officer in Nova Scotia. In 2007 the RCMP recommended Cst. Mansley seek professional counselling in relation to alcohol use. On or about January 21, 2009, Cst. Mansley arrived at the Tantallon Detachment of the RCMP while off-duty and under the influence of alcohol. One of her co-workers eventually drove her home. On the evening of January 30, 2009, Cst. Mansley, while off-duty, attended a private residence and conducted herself in a manner which made the occupants feel uncomfortable. Later that evening or early morning on January 31, 2009, Cst. Mansley, while off-duty, was found by police officers in her personal vehicle while under the influence of alcohol. As a result of that incident she was charged with having the care or control of a motor vehicle while impaired by alcohol. Cst. Mansley was involved in subsequent alcohol-related incidents, one of which resulted in charges for impaired operation of a motor vehicle. From February 16 to March 13, 2009, and from August 5 to September 8, 2010, Cst. Mansley followed re-habilitation programs for alcohol dependence. Both treatment programs were financed by the RCMP.

On or about October 7, 2010, the RCMP suspended Cst. Mansley's employment with pay; she was still suspended with pay as of the date of the hearing. Justice Bell noted that Cst. Mansley had suffered no loss of income during her attendance at the two treatment programs. On April 29, 2011, the Adjudication Board constituted pursuant to the discipline procedures set out in the Royal Canadian Mounted Police Act, rendered its decision regarding Cst. Mansley's conduct in relation to the incident of January 30 and 31, 2009. The Adjudication Board imposed a reprimand and the forfeiture of 10 days’ pay, along with a recommendation for continued counselling until such time as the RCMP Health Services Officer deemed otherwise. In its decision, the Adjudication Board noted that Cst. Mansley's PTSD and alcohol abuse were mitigating factors considered in coming to its decision.

On November 30, 2011, the CHRC received a complaint from Cst. Mansley alleging the RCMP discriminated against her based on disability (alcoholism and PTSD) as a result of its application of the disciplinary process in relation to the incident of January 30 and 31, 2009. Specifically, she alleged the RCMP treated her in an adverse differential manner when it applied its Code of Conduct without taking into account her disabilities, and by failing in its duty to accommodate.

Upon receipt of Cst. Mansley’s complaint, the matter was referred to an investigator pursuant to section 43(1) of the Canadian Human Rights Act, RSC, 1985, c H-6, who completed the Investigation Report on July 4, 2014. The investigator provided both Cst. Mansley and the RCMP an opportunity to make submissions regarding the Investigation Report, which they both did. The parties were also provided the opportunity to reply to each other’s submissions. Again, both parties took advantage of this opportunity.

By letter dated October 1, 2014, the CHRC informed Cst. Mansley of its decision to dismiss the complaint

Cst. Mansley sought judicial review of the decision to dismiss her complaint.

In her application for judicial review, Cst. Mansley alleged that an apprehension of bias and a denial of procedural fairness. She further argued that the decision was unreasonable.

In dismissing the application for judicial review, Justice Bell wrote the following:

[20] First, there is no requirement that the Investigator interview [the doctor that supported a requirement that she report daily to the Halifax detachment.] The Investigator had the benefit of [that doctor]’s opinion regarding the reporting requirements imposed upon Cst. Mansley during her suspension with pay and those of RCMP Psychologist. She was entitled to determine that issue based upon the material before her. The Investigator is the master of her procedure provided she demonstrates fairness to both parties. The investigator provided ample opportunity to Cst. Mansley and the RCMP to make submissions, and was entitled to assess and weigh the material before her. This is not a termination case in which the standard of procedural fairness might be more elevated. I find the approach taken by the Investigator meets the requirements of procedural fairness. Second, there is no requirement on the part of the Investigator to consider promotional materials prepared by a law firm regarding a topic with which the Investigator is surely familiar. The Investigator is owed considerable deference in how she conducts the investigation. While I question whether the correctness standard applies to this aspect of the case advanced by Cst. Mansley, I am satisfied the correct approach was adopted and, in any event, it meets the test of reasonableness. Third, while the Investigator did not seek out a copy of the workplace hazardous report prepared by Cst. Mansley, she (the Investigator) specifically refers to it in her Investigation Report and accepts the truthfulness of what Cst. Mansley had to say about its contents. It cannot be said that the Investigator’s treatment of this material demonstrates any bias or apprehension of bias. Finally, given that [a medical] report post-dates both the disciplinary hearing findings which were the subject of the human rights complaint and the filing of the complaint itself, the Investigator possessed the jurisdiction to accept or reject it. Again, while I question whether the standard of review for this aspect of Cst. Mansley’s contention is correctness, I find the approach was correct, and in any event, it meets the test of reasonableness. There is no violation of procedural fairness, nor any apprehension of bias, in the treatment afforded to [that] report.

Justice Bell also dismissed the arguments that the investigator did not have the necessary expertise to conduct this investigation and that her reasons for denying the complaint were inadequate.

This case highlights the challenges of appealing a negative decision. As Justice Bell expressly noted, “Disagreement with the conclusion reached by the CHRC is not sufficient to demonstrate that the decision is unreasonable.” (Para. 23)

Seeking judicial review of, or appealing, a previous decision is complicated. It requires the parties to address the “standard of review”, an incredibly complicated legal issue that vexes even those familiar with the subject. (Indeed, the Supreme Court of Canada itself had to revisit the issue in 2009.) Such an undertaking should not be done without experienced legal counsel.

Second, the case highlights the tension between protection from discrimination on the basis of a protected ground and the perceived immunity from any negative decision that the same provides. As Justice Bell noted in his reasons for decision:

[13] …the Investigator recognized that although the jurisprudence requires an employer consider the role a disability may have played in the impugned conduct, an employer is not prevented from applying discipline.

Put another way, while the law must recognize and consider a person’s disability before applying discipline, the same does not excuse any conduct warranting discipline. In this case it was reasonable for the RCMP to have imposed some form of discipline notwithstanding the officer’s disabilities.

It is trite to observe that suffering any disability is challenging. Being subject to discipline or any form of discrimination on account of that disability is generally prohibited by law.

The employer in this case was successful. Thus the first takeaway for employers should be that employers should not shy away from imposing discipline, where the same is warranted, simply because the employee is a member of a protected class of employees. As a general statement, employees who break the rules must be disciplined regardless of who they are; to do otherwise would be discriminatory.

However, as with all rules there are exceptions. If you suspect that a disability may have contributed to a person’s behaviour, then the same must be considered before administering any punishment.