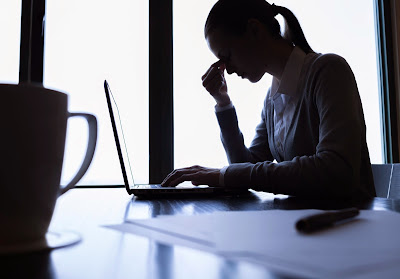 As a starting point, it is important to note that the Tribunal’s decision was an interim decision, meaning that it is not the final decision in the case.

The matter that gave rise to the interim decision was a request by the respondent employer to have the case summarily dismissed for failing to disclose a reasonable prospect of success.

In her application to the Tribunal, the applicant alleges that she experienced a series of events in 2013 that profoundly affected her health and well-being. In particular, the applicant alleges that in January 2013, she was injured as a result of slipping and falling on ice. The applicant was required to take time off for this injury and although she attempted to return to work a number of times, she was not able to do so until late January 2013.

The applicant alleges further that as a result of her absences from work, she did not achieve her required 1800-hour target for 2013. She states that in her interim and annual performance evaluations for 2013, her supervisor specifically identified a need for the applicant to improve on her ability to meet scheduled delivery objectives. The applicant states she received her first “I - Improvement and/or further development is required to consistently meet job expectations” grade.

In response to the dismissal request, the applicant argued that her disabilities were the slip and fall and the miscarriage. The applicant alleges that she was discriminated against when the respondent relied upon her absences from work because of these disabilities when it decided to terminate her employment. In the alternative, the applicant argued the respondent perceived her as a person with a disability in that she was seen as someone who gets sick often and would continue to need time off as a result.

In refusing to dismiss the application on the preliminary motion, Vice-Chair Jennifer Scott reviewed the legal definition of “disability” contained within the Human Rights Code and then wrote the following:

[20] The applicant has established a disability. In my view, injuries resulting from a slip and fall that take almost three weeks to heal constitute a disability under the Code. The applicant attempted to return to work on two occasions, but was unable to do so because of the extent of her injuries. The respondent advised the applicant to inquire about short term disability coverage. An injury of this nature is not a common ailment, nor is it transitory. It is different from the flu and the common cold, which take a few days to get over and affect many people. The injuries experienced by the applicant impacted her ability to participate in the workplace (and society) because she was off work for an extended period of time.

[23] I therefore disagree with the assertion that in order to constitute a disability, the condition must have an aspect of permanence and persistence. It is clear that a disability may be temporary pursuant to the wording of section 10(3) of the Code. For this reason, I decline to follow the Tribunal’s decision in Davidson v. Brampton (City), 2014 HRTO 689 on this point.

As a result the case was allowed to continue. What will happen to the case is up to the parties.

The decision walks the line on the issue of depression and mental suffering and I am not wholly sure what was actually argued. All the same, the issue of the applicant’s continued depression appears to be front and centre in the Tribunal’s reasons. In that respect the Tribunal appears to approach the subject of a miscarriage in the same way as it does other medical issues: “it is not a common ailment, and it is certainly not transitory.” (Para. 21) Inherent also in the Tribunal’s decision is that the effects of a miscarriage are also not transitory. The vast majority of people recover from the common cold or the flu without further complication or giving it much thought; the same is typically not true about miscarriages. Although the Vice-Chair was clear when she wrote “I also find the applicant’s miscarriage is a disability”, it is my belief that what she meant is that ‘suffering from the effects of a miscarriage can be a disability.’ Then again, perhaps I am simply wrong.

In any event, what the case currently stands for is the proposition that if a woman suffers a miscarriage and consequently suffers an inability or reduction in ability to perform in employment, the same cannot be used as a factor in any discipline or termination, unless the employer can show that to accommodate such inability or reduction in ability would cause the employer “undue hardship.”

The takeaway for employers is that the boundaries of human rights law and its intersection with employment law are ever expanding. Employers must be mindful of why some employees may be falling below blanket performance targets. If an employer knows or ought to know that an employee has recently suffered a medical emergency, then that employer must turn its mind to the ways by which it can accommodate its employee. --