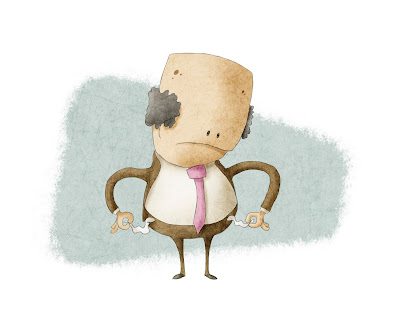 Is an employee who is employed under a fixed term employment contract, which does not provide for early termination without cause, entitled to payment of the unexpired portion of the contract on early termination of the contract? Is that employee required to mitigate his damages following termination? Those were the question answered by the Court of Appeal for Ontario on April 8, 2016, in the case of Howard v. Benson Group Inc. (The Benson Group Inc.), 2016 ONCA 256.

Writing for a unanimous bench, the Honourable Justice Bradley Miller held that fixed term employment agreements that do not contain a legally enforceable termination provision cannot be terminated by employers simply upon the provision of reasonable notice; the employee is entitled to payment of the unexpired portion of the contract on early termination of the contract. Perhaps of greater consequence was the court’s decision that employees employed pursuant to fixed term employment contracts are not required to mitigate their damages following termination. This is going to cost employers some serious money.

On the motion for summary judgment before the Superior Court, the Honourable Justice A. Donald K. MacKenzie found that because the termination provision was ‘illegal’ the dismissed employee was entitled to "reasonable notice”.

The issue on appeal was whether the finding that the dismissed employee was entitled to reasonable notice was correct. The dismissed employee, who filed the appeal, argued that because: (a) his employment agreement had a fixed end date, and (b) the employer had no legal right to terminate the agreement before that end date (the termination provision having been found to be illegal), he was entitled to his pay through to the end of the contract.

Justice Miller agreed with the appellant and reasoned as follows:

[20] There is a common law presumption that every employment contract includes an implied term that an employer must provide reasonable notice to an employee prior to the termination of employment. Absent an agreement to the contrary, an employee is entitled to common law damages as a result of the breach of that implied term: Bowes v. Goss Power Products Ltd., 2012 ONCA 425, at para. 23. This presumption can only be rebutted if the employment contract “clearly specifies some other period of notice, whether expressly or impliedly”: Machtinger v. HOJ Industries Ltd., [1992] 1 S.C.R. 986, at p. 998; Ceccol v. Ontario Gymnastic Federation (2001), 55 O.R. (3d) 614 (C.A.), at para. 45. The question, then, is whether the motion judge erred in holding that the Employment Contract, without Clause 8.1, failed to rebut that presumption by clearly specifying some other period of notice, expressly or impliedly.

[21] In my view, the motion judge erred in so holding. Where an employment agreement states unambiguously that the employment is for a fixed term, the employment relationship automatically terminates at the end of the term without any obligation on the employer to provide notice or payment in lieu of notice. Such a provision, if stated unambiguously, will oust the implied term that reasonable notice must be given for termination without cause: Lovely v. Prestige Travel Ltd., 2013 ABQB 467, at para. 135; Ceccol, at para. 25.

[22] Of course, parties to a fixed term employment contract can specifically provide for early termination and, as in Bowes, specify a fixed term of notice or payment in lieu. However, and on this point the appellant and the respondent agree, if the parties to a fixed term employment contract do not specify a pre-determined notice period, an employee is entitled on early termination to the wages the employee would have received to the end of the term: Lovely, at para. 136; Bowes, at para. 26; Canadian Ice Machine Co. v. Sinclair, [1955] S.C.R. 777, at p. 786.

[24] I reject the respondent’s interpretation of the Employment Contract. Clause 1.3 does not establish an undifferentiated right to early termination with or without cause. By providing that “(t)he Employee and the Employer may terminate the Employee’s employment at any time in accordance with the terms and conditions of this Agreement”, the clause merely creates a framework for termination “in accordance with the terms and conditions” of the Employment Contract. With the removal of Clause 8.1, the only rights of termination which remained were those established by Clauses 8.2 and 8.3.

[27] The respondent objects that such an outcome produces a windfall for the appellant and is unfair. I disagree for the following reasons. a

[29] The respondent sought to use a fixed term contract either to eliminate its severance obligation entirely or to limit it to two weeks’ notice on an early termination. It was, of course, free to do this. But the courts have consistently held that the consequences to an employee of such a bargain are so significant that the employer must communicate clearly in the contract that this is what it is intending to do: Ceccol, at para. 27. If an employer does not use unequivocal, clear language and instead drafts an ambiguous or vague termination clause that is later found to be unenforceable, it cannot complain when it is held to the remaining terms of the contract.

[30] I conclude that the motion judge erred in not finding that the Employment Contract, without Clause 8.1, clearly established a notice period equal to the unexpired portion of the fixed term contract. The motion judge further erred in not finding that this notice period ousted the common law presumption of reasonable notice.

In the result the court held that the employee was entitled to damages equal to the balance of the contract.

[44] In the absence of an enforceable contractual provision stipulating a fixed term of notice, or any other provision to the contrary, a fixed term employment contract obligates an employer to pay an employee to the end of the term, and that obligation will not be subject to mitigation. Just as parties who contract for a specified period of notice (or pay in lieu) are contracting out of the common law approach in Bardal v. Globe & Mail Ltd. (1960), 24 D.L.R. (3d) 140 (Ont. H.C.), so, too, are parties who contract for a fixed term without providing in an enforceable manner for any other specified period of notice (or pay in lieu).

In the result the Court of Appeal remitted the matter back to the Superior Court for a declaration of the plaintiff’s entitlement, together with costs of $9,000 on the appeal.

The takeaway for employees is: If you are working pursuant to a written employment agreement and that employment agreement has a fixed end date, if your employer tries to let you go “without cause” speak with an experienced employment lawyer before agreeing to accept any amount of money short of the balance of the contract.

This short, seemingly innocuous decision packs a lot of punch. The two big takeaways from this decision for employers are as set out above. The first is that employers use fixed term employment agreements at their peril. If the employer fails to draft a legally enforceable termination provision the cost to the employer can be quite significant. The second takeaway is that there is no obligation on an employee to mitigate his damages in the case of a fixed term employment agreement, meaning that if the dismissed employee can secure new employment quickly, that employee can ‘double dip’ or, as he employer in this case claimed, “appreciate a windfall.”