Agreement “Not to Accept Business” Actually a Non-Competition Agreement: ONCA 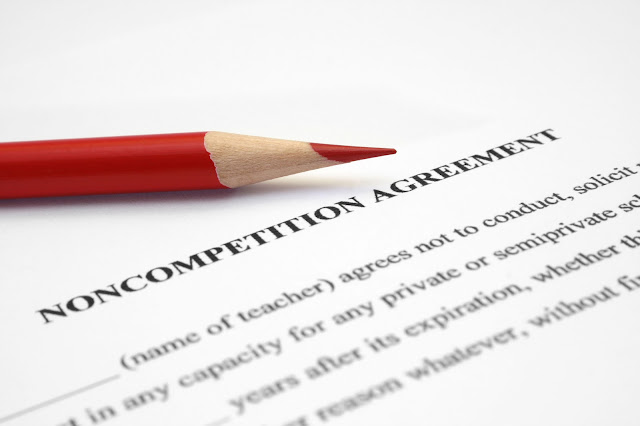 When is a non-solicitation provision in an employment contract actually a non-competition agreement? The answer is, when it prevents the employee from “accepting business from” any former corporate accounts or customers.

In a short endorsement, Donaldson Travel Inc. v. Murphy, 2016 ONCA 649, the Court of Appeal for Ontario confirmed an earlier decision of the Honourable Justice David A. Broad of the Superior Court of Justice, dismissing the plaintiff employer’s claims for breach of contract, misappropriation of confidential information, inducing breach of contract and interference with contractual relations against its former employee travel agent and her new travel agency employer.

The facts of the case were simple, the issues on appeal boiled down to whether the motion judge erred: i) in interpreting the restrictive covenant in the respondent former employee’s employment contract with the appellant as a non-competition clause as opposed to a non-solicitation clause and in therefore finding it unreasonable and unenforceable; and ii) in finding that the former employee had not misappropriated the appellant’s confidential information.

The covenant at issue provided as follows:

[Employee] agrees that in the event of termination or resignation that she will not solicit or accept business from any corporate accounts or customers that are serviced by [employer], directly, or indirectly.

Based primarily on the language “or accept business” Justice Broad found that the clause at issue restricts competition and is not merely a non-solicitation clause.

The Court of Appeal (Feldman, Simmons and Lauwers JJ.A.) saw no error in the motion judge’s finding that the restrictive covenant was, in fact, a non-competition clause, holding as follows:

[5] We see no error in this conclusion. The motion judge’s interpretation was available based on the plain wording of the clause. The fact that the appellant [employer] abandoned previous employment contracts containing more restrictive non-competition clauses and that its policy manual required only that employees sign a non-solicitation agreement does not change this conclusion. We see no basis on which to interfere with the motion judge’s finding. Further, given that the restrictive covenant is a non-competition clause (as opposed to a non-solicitation clause) and also because it contains no temporal limitation, there is no basis on which to interfere with the motion judge’s conclusion that the clause is unreasonable and therefore unenforceable: J.G. Collins Insurance Agencies Ltd. v. Elsley, [1978] 2 S.C.R. 916, at para. 19; H.L. Staebler Co. v. Allan, 2008 ONCA 576, 92 O.R. (3d) 107, at para. 36. The appellant’s arguments concerning severance of the phrase “or accept business” have no merit: Shafron v. KRG Insurance Brokers (Western) Inc., 2009 SCC 6, [2009] 1 S.C.R. 157 at para. 36. Finally, and in any event, we note that the record before the motion judge failed to establish that the departed employee had solicited any of the appellant’s clients.

The employer’s appeal was dismissed with costs of $7,500.00 awarded to the successful employee.

This blog has previously considered the issue of non-competition clauses and when they will be enforceable, see e.g. "If you liked it, then you shoulda put a ring on it:" What Beyonce can Teach Employers about Employment Law. Frankly, it is not surprising that the court found the phrase “accept business from” to be more than a simple non-solicitation clause.

What is a little surprising, and reassuring, is the court’s refusal to allow the ‘severance of any offending provision’ clause of the contract to remove the offending words, thus leaving a legally enforceable agreement. There was some concern that the court had done just that in the case of Oudin v. Centre Francophone de Toronto, 2016 ONCA 514 (released June 28, 2016), summarized by this blog in the post The ONCA’s Decision in Oudin v. CFT Leaves One 'Wundering' – Is Wunderman Dead?. My full commentary on the concerns with that case can be found in my earlier posts. Suffice to say, I prefer this decision to that of the one reached in Oudin.