Emotional Upset Not Enough for Award of General Damages: ONCA 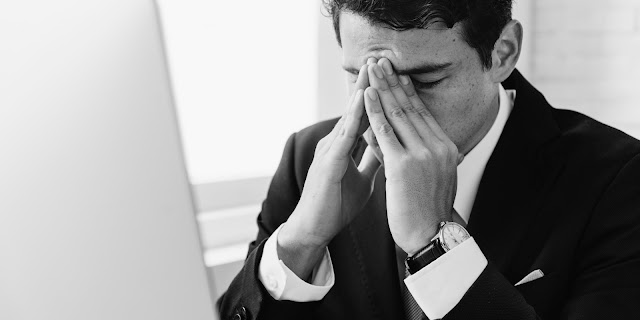 If being accused of breaking the law “takes a serious toll” on you, causing you “emotional upset”, can you successfully sue the person that caused that harm?

It is trite to observe that being accused of something that you did not do is likely to cause feelings of serious upset. In employment law, this scenario arises most frequently when an employer alleges “just cause” for the termination of an employee’s employment. But what do the courts have to say about this issue? Can someone sue for emotional upset?

In the case of 495793 Ontario Ltd. (Central Auto Parts) v. Barclay, 2016 ONCA 656, the Court of Appeal for Ontario confirmed that a plaintiff’s testimony of emotional upset, being unsupported by medical evidence, was insufficient to ground the substantial award of non-pecuniary damages made by the trial judge, the Honourable Regional Senior Justice Helen M. Pierce. (See reasons for decision reported at 2014 ONSC 3517.)

On an April morning in 1999, eleven police officers, headed by the Thunder Bay Police, arrived at the premises of Central Auto Parts in Thunder Bay to execute a search warrant. The lead investigator was one of the defendants, Frank Barclay.

The police closed the business, sent the staff home, and commenced their search for stolen cars and parts under the inquisitive eyes of the local press. Shortly after the police arrived, Rick Mercuri, one of the owners of Central, spoke to his lawyer, then accompanied the police to the police station where he gave a voluntary, videotaped statement. After the statement, the police and Mr. Mercuri returned to the Central Auto Parts facility where the search continued until about 9 p.m. The fact of the search and the allegation that the police believed there were stolen cars and parts on the premises were widely reported by the local press. About a month later, Rick Mercuri was charged with ten counts of possession of stolen property contrary to the Criminal Code. An eleventh charge of possession of stolen property was added later. The fact that charges had been laid was also reported in the press.

Some six years after the charges were laid, and after $268,937 in legal fees had been paid, the matter came to an end. News of the acquittal was published in the local press.

The plaintiffs claimed that the police conduct of the investigation was negligent. They sued for, among other things, non-pecuniary (‘pain and suffering’) damages.

Following the trial of the civil case Justice Pierce awarded the plaintiffs $200,000 in non-pecuniary damages.

In allowing the appeal in respect of the award of non-pecuniary damages, the Honourable Justice Russell G. Juriansz, who also authored the decision in Piresferreira v. Ayotte, 2010 ONCA 384, wrote the following on behalf of the Court of Appeal:

[109] … the evidence did not support the trial judge’s substantial non-pecuniary award of $200,000. The trial judge observed that there had been a “human cost to Mr. Mercuri in terms of his loss of reputation and emotional upset”. She made no finding that Mr. Mercuri’s “emotional upset” rose to the level of personal injury. There was nothing in the evidentiary record that would support such a finding.

[110] The distinction between psychological or emotional upset and a disturbance that rises to the level of personal injury must be kept in mind, as the Chief Justice explained in Mustapha v. Culligan of Canada Ltd, 2008 SCC 27, [2008] 2 S.C.R. 114, at para. 9. She said that “[p]ersonal injury at law connotes serious trauma or illness” and added that “[t]he law does not recognize upset, disgust, anxiety, agitation or other mental states that fall short of injury.”

[111] Iacobucci J. in Odhavji Estate v. Woodhouse, 2003 SCC 69, [2003] 3 S.C.R. 263, at para. 41, said: “it is well established that compensation for psychiatric damages is available in instances in which the plaintiff suffers from a “visible and provable illness” or “recognizable physical or psychopathological harm”. He also said that “as the law currently stands, that the appellant has suffered grief or emotional distress is insufficient.”

[112] Here, the trial judge found Mr. Mercuri suffered “emotional upset” and summarized the basis for that conclusion. The charges had hung over his head for six years. He testified he was drawn away from his business pursuits and had to sell his vehicle. He felt humiliated and felt that no one would trust him again. He remarked, “it takes a toll on you”. He was concerned about his aging father’s health and worried about his family, his business, his employees and their families. He felt his parents suffered the brunt of it, but his children were also affected at school. He felt that every question from a customer about whether they would have a problem with a part or whether a cop would seize it was like a “punch in the face”. Even the acquittal did not produce vindication from the cloud he lived under, in a small city, until the charges were dismissed, as doubt in the community still lingers.

[113] As frustrated and upset as Mr. Mercuri may have been as a result of the charges against him, his unsupported testimony of emotional upset was insufficient to ground the substantial award of non-pecuniary damages the trial judge made.

The appeal of such award was therefore allowed. There was no immediate mention of to whom costs were to be awarded.

I appreciate that the Central Auto Parts case is not an employee law case. That said, this blog has looked at cases outside the traditional “employment law” realm on occasion for decisions that will no doubt have a bearing on employment law issues.

As mentioned at the outset of this post, there are many things that can happen both during one’s employment and at the time that it is ended that can cause emotional upset. Indeed, the simple fact of losing one’s job is often enough to prompt most employees to ask whether they can sue for the “emotional upset” of losing their job. (Hint: The answer is typically no.)

To be honest, this decision does not really surprise me. Prior to this decision and directly on point with respect to employment law is the decision of Brien v. Niagara Motors Limited, 2009 ONCA 887 (CanLII) in which the Court of Appeal earlier held as follows:

In short, courts across Ontario have been saying for quite some time: No medical evidence? No damages. (For a contrary view see the opinion of the Saskatchewan Court of Appeal in Capital Pontiac Buick Cadillac GMC Ltd v Coppola, 2013 SKCA 80 (CanLII), summarized by this blog in the post Moral Damages for Manner of Dismissal - Meeting the Evidentiary Burden. Also have a look at the post for my earlier comments on this issue in general.)