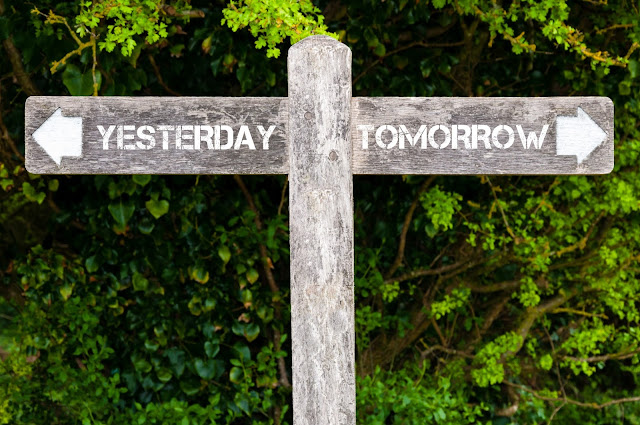 Taking on the employees of another business can create unexpected financial obligations for employers. For example, this blog has previously looked at cases of employers being found responsible for an employee's past year of service when that employer takes over or otherwise acquires a business, see Two Employers Under One Umbrella Both Get Soaked by Judge.

Those cases beg the question: When will an employer not be deemed responsible for ‎an employee's past years of service with another company? While the answer to that question is simple - when the two companies are wholly unrelated to one another - as the case of Paul Amaral v Verona Floors Inc., 2016 ONSC 5763 (CanLII) demonstrates, sometimes knowing when two companies are unrelated is a complicated question.

The decision concerns an appeal to the Divisional Court from an unreported decision of the Small Claims Court.

There were two issues on appeal: a factual issue and a legal issue. The legal question was whether the defendant employer, Verona Floors Inc., was responsible for the employee’s past years of service with another company, Legnotech Group Limited (Legnotech). The legal question begged the factual question of whether there had been a termination of the employee’s employment with Legnotech prior to his commencement of employment with Verona.

The employee, Mr. Amaral was employed by Verona from January 2012 until August 2013, when he was dismissed without cause. From October 2008 until December 2011, Amaral had worked for Legnotech. At trial, and on the appeal, Amaral argued that he was employed by Verona from October 2008 until his dismissal in August 2013, because the obligations of Legnotech “flowed” to Verona and that there never was a termination of his employment when those obligations were transferred.

Verona argued that the trial judge erred both in fact and in law, in awarding Amaral common law damages for wrongful dismissal in respect of his service with Legnotech. That argument was asserted on the basis of evidence at trial which, it was argued, demonstrated that Legnotech and Verona always operated completely independently of one another, and that Amaral resigned from Legnotech in 2011 in order to commence his employment with Verona.

Here is what complicated matters: Legnotech was originally a family run company. Mehran Kheyrai ("Kheyrai") was the Vice-President of Legnotech and a 20 percent shareholder. Mehran’s father was the majority shareholder of Legnotech. In 2011, difficulties arose between the shareholders of Legnotech, which essentially amounted to a family dispute. Mehran left Legnotech and set up his own company, Verona. The business of Verona and Legnotech continued in the same premises. Many of the employees of Legnotech left and began to work for Verona.

Notwithstanding what must have been an awkward arrangement of both businesses operating from the same premises, the following evidence, provided at trial, was critical to the Divisional Court’s decision:

THE COURT [i.e. the trial judge]: Was there any agreement between Verona or yourself and Legnotech regarding the transfer of assets or the change in business or anything of that nature?

MR. KHAYERI: So, Your Honour, the only agreements that were in place was the actual lease of the premises that Verona Floors took over the actual lease off that premises, and Legnotech Group continued to pay rent to Verona Floors for having its assets there and for its employees to be at that premises. There was no transfer of actual assets. Both companies continued to operate, including sales and administration and both companies still have revenues independent from each other, as it was confirmed by Mr. Boragina, who was in earlier on.

THE COURT: Was any of this explained to the employees? Was there a meeting of employees?

MR. KHAYERI: Yes, absolutely, and that’s why I said to you I’ve mentioned several times that in late 2011 when all this bit of a turmoil was happening in 2011, that basically the employees, certain key employees were asked which side ---

THE COURT: No, no, I didn’t ask about choosing sides.

THE COURT: I’m asking about the structure, the set-up of the two different companies; was all that explained?

MR. KHAYERI: Yes, it was fully explained that the new company was a new corporation that was controlled by myself.

Other evidence that tended to support the argument that the two companies were wholly separate was the following:

In finding that the trial judged had erred in his decision that the responsibilities of Legnotech “flowed” to Verona, the Honourable Justice Mark Edwards reasoned as follows:

[19] While Verona and Legnotech might have occupied the same premises, and while Amaral may very well have executed duties of employment that were similar if not identical to those he did at Legnotech, there was no evidence before the trial judge that established that the liabilities of Legnotech were in any way assumed by Verona. What occurred was a disagreement amongst family members that resulted in an entirely new company being set up by Mehran.

[20] If the evidence had come out at trial that Legnotech and Verona were essentially one and the same company and Amaral had been asked to execute an employment contract, the result of which would have shortened the notice period that he would otherwise be entitled to, such an employment contract would have no force and effect as no consideration would have passed between the new employee and the new company that would allow for the shortening of the notice period. Those were not the facts before the trial judge. Amaral chose to change employers when he left Legnotech, and whether or not he formally resigned was of no consequence as he chose to leave Legnotech to assume a new position of employment with Verona.

[21] In my view, the learned trial judge erred in law in coming to the conclusion that the obligations of Legnotech flowed through to Verona and there was never any termination of the employment by Amaral. In fact, Amaral did terminate his employment when he chose to leave Legnotech... The fact that the two companies shared shareholders and officers was of no consequence...

[22] The evidence at trial was clear that Mehran was the majority owner and directing mind of Verona. There is no evidence to suggest that any of the shareholders of Legnotech exercised the control that Mehran exercised. In fact, there was no evidence of corporate control as between Legnotech and Verona.

[23] Legnotech and Verona were entirely separate corporate entities. The learned trial judge erred in law in his conclusion that the obligations of Legnotech flowed through to Verona. As such, in determining the appropriate notice period on the basis of Amaral’s employment with Legnotech, the trial judge fell into error.

The appeal was allowed and the damages reduced.

As is more fully set out in my post Continuity of Employment Following the Sale of a Business, taking on the employees of another company as part of an asset or share purchase can have unforeseen consequences to purchasers. Businesses contemplating the merger or acquisition of another business should obtain experienced legal advice with respect to this issue before completing any transaction.

The takeaway for employees is to be very careful about how you move from one position to another. Sometimes there will be no break in employment, such that your new employer will be found liable for all of your previous employer’s responsibilities. However, in other cases, although it looks like you are just “flowing” from one position to another, the court will find that you have quit one job to take up another. Before doing anything, you should speak with an experienced employment lawyer.