Employers Can Terminate Probationary Employees Without Cause 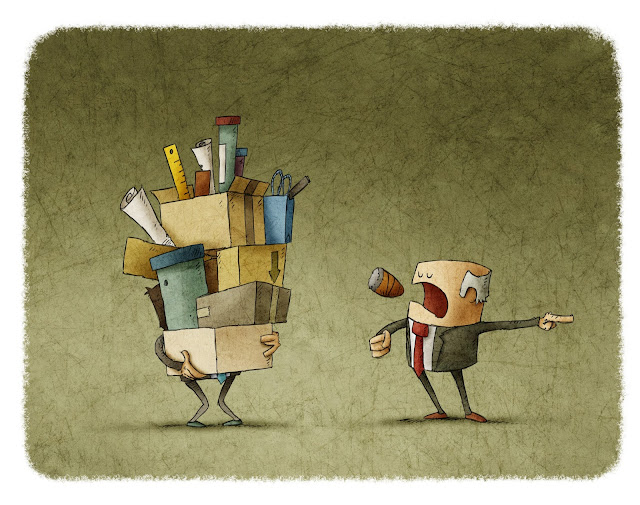 Can an employer terminate the employment of an employee on probation without cause? That was the fundamental question that the Ontario Divisional Court had to answer in the case of Barton v. Bowerman, unreported, Divisional Court File No. 16-DC-2178 (Ottawa.)

In that earlier post, I wrote the following with respect to the termination of a probationary employee:

First, it is clear, settled law that a provincially regulated employer requires neither just cause nor even reason to terminate the employment of an employee who is not on probation. Meaning that those employees who either (a) are not placed on probation, see my next point below, or (b) ‘survive’ the probationary period, most certainly can be terminated without cause or reason.

Second, the placement of an employee on probation is wholly at the discretion of the employer; there is no automatic probationary period.

Third, the act of placing an employee “on probation” cannot possibly elevate the employee’s rights; that would be antithetical to the point.

I then asked for comments on the issue of probation, and Professor David Doorey of Osgoode Hall Law School wrote the following:

What Professor Doorey did not know at the time was that his position was exactly what I intended to argue before the Divisional Court and on November 30, 2016, I did make exactly that argument.

So are we right?

Of course we’re right. It is long-settled law that, in Ontario, a provincially regulated, non-unionized employee may be terminated at essentially any time without cause provided only that the reason for termination is not prohibited by statute and the employer provides reasonable notice of the dismissal. On this point see the comments of Justice Stratas at paragraph 63 of his reasons for decision on behalf of the Federal Court of Appeal in Wilson v. Atomic Energy of Canada Limited, 2015 FCA 17 (CanLII).

In the case about which I write now, the appellant/plaintiff/employee had signed a contract of employment where she agreed to a term of probation for six months. Her employment was terminated after only two weeks of employment. The employer never alleged just cause for dismissal and provided her with two weeks’ pay in lieu of notice.

At trial, the reasons for decision of which were reported as Barton v Bowerman, 2016 CanLII 30100 (ON SCSM), the Honourable Deputy Judge Lyon Gilbert made the following findings with respect to the amount of notice to which the plaintiff was entitled:

Strictly speaking then, section 57 [of the ESA] would allow the Plaintiff compensation of one week’s pay in lieu of notice given her employment was less than one year. However, the Defendant determined that the appropriate compensation was two weeks which the Plaintiff refused. Strictly speaking, the law supports the Defendant’s position that one weeks’ pay in lieu of notice is all that is required in this case. Alternatively, if one were to look at what the common law would provide given the factors outlined in Bardal, the two weeks offered by the Defendant are in line with the jurisprudence cited to the court and the factors in this case.

On appeal, the appellant maintained her argument that she had been wrongfully dismissed. She relied upon, amongst other things, the pronouncement in Mison that an employer must provide the employee with a reasonable opportunity to demonstrate her aptitude for the position before summarily terminating her employment. (See paragraphs 41 and 42 of Mison and paragraphs 16-25 of Alexander v. Padinox Inc., 1999 CanLII 4542 (PE SCAD) for such comments.)

In providing his reasons for dismissing the appeal, a copy of which can be viewed by clicking this link: Barton v Bowerman, 16-DC-2178, the Honourable Mr. Justice Robert Smith of the Divisional Court sitting at Ottawa wrote the following

In the result the appeal was dismissed with costs of $7,500 awarded to the respondents. That amount is, of course, in addition to the $8,000 awarded in costs by the trial judge. For a summary of that decision see my earlier post, Ontario Small Claims Court Judge Awards $8,000 in Costs Against Unsuccessful Wrongful Dismissal Claimant.

It is important for readers to remember that this is a case that I argued. Indeed, I had a hand in pretty much every step of this case after the initial termination. (I did not write the employment contract nor was I involved before the initial ‘demand letter’ was received.) In that respect I will try not to laud myself too much.

The key takeaway for employees from this case, and indeed this saga, is that it is absolutely imperative to understand what “wrongful dismissal” is and is not.

In short, employers generally do not need a reason to end your employment. That may seem unfair, but it is the current state of the law in Ontario for non-unionized employees working in provincially regulated workplaces.

The case is a “win” for employers. To my knowledge, there has never been so clear a pronouncement of the right of an employer to terminate a probationary employee’s employment without cause; perhaps because the same is so axiomatic.

However, employers must still be cautious. Just because you can terminate a probationary employee’s employment without cause, does not mean that you may not owe them a considerable amount of reasonable notice. As I wrote about in my post Ontario Court Awards Four Months Notice to Employee Fired while “On Probation”, extended notice periods for probationary employees are not wholly foreign to Ontario law. Although the court in this case found that two weeks’ pay in lieu of notice was reasonable, not all judges would have necessarily awarded so little.