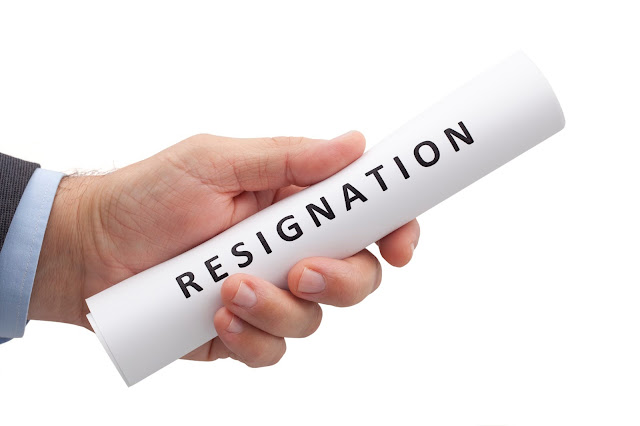 “Got to pack my, things and go / Move fast not slow / That dog is mine.” Those are the opening lyrics to the song “The Dog is Mine” by Canadian rapper k-os. It’s a catchy song.

In Bois v MD Physician Services Inc., 2016 ONSC 8133 (CanLII), the Honourable Justice Sylvia Corthorn of the Ontario Superior Court of Justice was tasked with answering the following legal question: If an employee is entitled to earn a bonus payment pursuant to the terms of a written employment contract, but a requirement of that employment contract - and a material condition precedent to the actual payment of the bonus - is that the employee must be “actively employed” on the date that the bonus payment is to be made by the employer, is the employee nonetheless entitled to the receipt of the earned but not yet paid bonus payment if he voluntarily resigns from his employment prior to the date on which the bonus payment is made? Put another way, can you still get your bonus if you quit before it's paid to you?

By way of a summary of the facts, the plaintiff employee, Mark Bois, began working for the defendant, MD Management (or some form thereof), a financial services company, in 1997.

In 2007, the defendant MDPIM put in place a Variable Incentive Plan (identified by Justice Corthorn in her reasons for decision as either “VIP”, or the “Plan”). The particulars of the Plan were set out in a five-page document (the “VIP-2007”). The Plan was available to all Investment Counsellors and Regional Investment Administrators. In 2009 and 2010, even when employed as an Associate Investment Counsellor, the plaintiff was eligible to earn and was awarded bonuses pursuant to the Plan.

The Plan provided that the bonus would be calculated and approved every February, with the amount of the bonus based on an employee’s performance in the previous calendar year. Once calculated, the bonus would be payable in three equal installments. The first installment is paid in the calendar year in which the bonus was calculated and the remaining two-thirds are paid out in the following two years. For example, a bonus earned for an individual’s performance in 2007 would be paid to the employee in three equal installments in each of 2008, 2009, and 2010.

It was undisputed that the plaintiff had actually earned bonuses pursuant to the Plan for the years 2009 and 2010 and that, as of October 2011, when the plaintiff resigned, the total of the bonus payments which had accrued and remained unpaid for those two years was $114,916.79 (the “Bonus”).

The plaintiff argued that the bonus constituted “wages” under the Ontario Employment Standards Act, 2000, and that, as such, any requirement that the plaintiff be “actively employed” on the date such payment became payable was ‘illegal.’

With respect to whether the bonus payments constituted “wages”, as such term is used in the ESA, Justice Corthorn held as follows:

(a) monetary remuneration payable by an employer to an employee under the terms of an employment contract, oral or written, express or implied,

but does not include…

(e) any sums paid as gifts or bonuses that are dependent on the discretion of the employer and that are not related to hours, production or efficiency.[16]

[71] For the following reasons I find that the payments to which an employee is entitled pursuant to the Plan fall within the definition of “wages” in the ESA:

In resolving that the terms of the Plan did not contravene the provisions of the ESA, Justice Corthorn reasoned as follows:

(1) An employer shall establish a recurring pay period and a recurring pay day and shall pay all wages earned during each pay period, other than accruing vacation pay, no later than the pay day for that period.

(5) If an employee’s employment ends, the employer shall pay any wages to which the employee is entitled to the employee not later than the later of,

[101] In my view, it is the distinction between “wages earned” (section 11(1) of the ESA) and “wages to which the employee is entitled” (section 11(5) of the ESA) that permits employers to impose an active employment requirement with respect to wages other than those earned on a recurring basis. The wages to which an employee is entitled as of the date of termination of employment may be broader than wages earned during the recurring pay period in which the date of termination falls. It is pursuant to section 11(5) of the ESA, and the equivalent provisions in employment standards legislation in other provinces, that a determination is required in wrongful dismissal cases as to all forms of wages to which an employee is entitled during the reasonable notice period. To determine the wages payable may require consideration of a bonus plan, like the Plan before me, and calculation of bonus wage “entitlement” (a) based on the wording of the particular plan; and (b) during the notice period.

In the result, Justice Corthorn found that the plaintiff had, by his voluntary resignation, forfeited his entitlement to his earned but not yet paid bonus. Her Honour therefore dismissed the motion and the plaintiff’s case.

The issue of the effect of “active employment” stipulations in employment contracts has been a topic of recent (this post being written in January 2017) interest by a number of courts. In August of 2016, the Court of Appeal for Ontario released two decisions concerning the issue: Paquette v. TeraGo Networks Inc., 2016 ONCA 618 (CanLII) and Lin v. Ontario Teachers' Pension Plan, 2016 ONCA 619 (CanLII), about which I blogged in my post Employees Not “Actively Employed” Still Entitled to Bonus Payments: ONCA. More recently, the Court of Appeal of Alberta released its comments on the issue in its decision in the case of Styles v Alberta Investment Management Corporation, 2017 ABCA 1 (CanLII).

What is different about the Bois case is that, unlike most cases to consider the issue of “active employment” clauses, Mr. Bois voluntarily chose to terminate his employment; a fact not lost on Justice Corthorn. It is therefore questionable whether the plaintiff would have conceded that “active employment requirements have been accepted by the courts as valid and enforceable terms of employment contracts” had the motion been argued after the release of the Court of Appeal for Ontario’s decisions. That Justice Corthorn did not reference either the Paquette or the Lin case in her reasons for decision might equally be answered by this distinguishing detail.

Whether Justice Corthorn was ultimately correct in her interpretation of the distinction between subsections (1) and (5) of section 11 of the ESA is a question best left for another day and someone else. It would be interesting to know, however, whether the court’s decision would have changed had Mr. Bois claimed that he had been constructively dismissed rather than simply voluntarily resigning.

This case is a win for both the defendant employer and for whomever drafted the terms of the bonus plan. For those interested, the relevant terms of the contract, which were found by Justice Corthorn to be legally enforceable, were as follows:

In the event a Participant’s continuous Active Employment terminates, either voluntarily or involuntarily and whether for cause or not for cause, the Participant will immediately forfeit any entitlement to any payments under this plan whether attributable to prior years or to the current year.

Continuous Active Employment means actively performing duties or exercising responsibilities and providing services to MDF, without interruption or termination. If the participant has been provided or is entitled to notice of termination of his employment, Continuous Active Employment shall be deemed terminated upon the actual cessation of the active performance of duties or responsibilities in providing services to MDF, notwithstanding any required notice period that must be fulfilled before termination as an employee can be effected under applicable law.

Employers looking to ‘lift’ approved language would be prudent to consider the “inducement to remain in such Continuous Active Employment” phraseology.