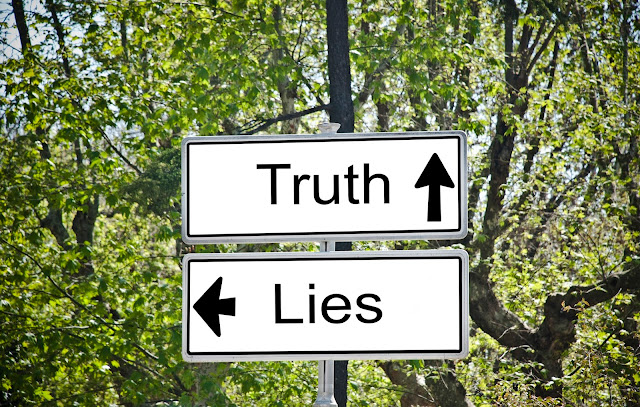 The title “Truth or Consequences” serves as an appropriate introduction to the issue of what happens when an employer concocts reasons for termination after being served with an employee’s claim of wrongful dismissal.

The question answered by this post is: What is the penalty to an employer for concocting an allegation of theft in order to justify an allegation of just cause for termination? In a case from the Ottawa Small Claims Court, Budge v Dickie Moore Rental Inc, 2017 CanLII 468 (ON SCSM), the answer was $4,000 in punitive damages.

The case concerned an employee who was employed by the defendant employer from July 18, 2014, to January 9, 2015, at which point he was terminated. He was 48 years old at the time of termination. He was a salesperson with an average annual salary of $36,600.00 together with a car allowance of $600.00 per month. The defendant claimed that he was employed from July 28, 2014 and was subject to a six-month probationary period.

There was no termination letter nor any contract of employment.

The defendant alleged that the plaintiff was terminated for cause, namely dishonesty, incompetence and habitual neglect of duties. Notwithstanding the same, the employer did provide the employee with his one week of statutory termination pay.

After resolving that the employer did not have just cause for termination, Deputy Judge Lyon Gilbert then turned to the issue of punitive damages. His reasons for awarding punitive damages of $4,000 were as follows:

[62] Having failed to prove the serious allegations of fraud, dishonesty, theft and breach of trust, all of which cast serious aspersions on the character of an individual, and considering that none of them have been proven and more seriously that none of them were the subject of any consideration or notice at the time they allegedly occurred and were only raised in response to the action being commenced, I cannot help but conclude that they were concocted (the term used by the plaintiff) after the fact for reasons unknown to this Court. In my view, this type of conduct warrants censure from the court with an award of punitive damages serving as a deterrence.

[63] I am very much mindful of the statements made by Mr. Fazzolari as a senior officer of the defendant and one who was not hands on in dealing with the plaintiff when he baldly and without evidentiary foundation asserted contrary to the other evidence proffered by the defendant who had not concluded as Mr. Fazzolari did that the plaintiff had committed fraud and theft and who had referred to their overlooking his previous conviction graciously until now. I distinctly took from that characterization that since he committed a fraud long ago that he must be guilty of one now. Furthermore, I am also taking into consideration his accusation that the plaintiff committed a theft of $70.00 on the company which was made without a scintilla of proof.

[64] As stated earlier in these reasons, the law supports the awarding of punitive damages in the following scenarios, namely,

[65] This is exactly what has happened in this case. The defendant has persisted in advancing serious personal allegations of impropriety against the plaintiff without being able to maintain them and without having conducted a reasonably fair and unbiased investigation.

[66] In assessing the amount to be awarded for punitive damages, I have determined, upon due consideration of other cases, the amount of compensatory damages awarded in this case and the monetary jurisdiction of this Court, that an appropriate amount is $4000.00.

The Budge case is the second recent Ottawa decision to award punitive damages for an unsubstantiated allegation of case. In the first case, Morison v Ergo-Industrial Seating Systems Inc., 2016 ONSC 6725 (CanLII), about which I blogged in my post Ottawa Judge Awards $50,000 in Punitive Damages after Employer Fails to Provide Statutory Minimums and ROE, the Honourable Justice Pierre Roger, of the Ontario Superior Court of Justice sitting at Ottawa, awarded $50,000 in punitive damages for similar conduct. Deputy Judge Gilbert did not reference the Morision decision in his reasons for decision.

Do these cases signal a willingness on the part of Ontario’s judges, or at least those sitting at Ottawa, to award exceptional damages in cases of bad employer behaviour? I am going to cautiously say that they do. Employers, at least in Eastern Ontario, need to be aware of such decisions and thinking.

The takeaway for employees with labour pains is that if your employer alleges that it has “just cause” to terminate your employment, more in an effort to save money than to actually advise you of your poor performance, it may be worth your effort to push back.

The takeaway for employers is be careful how freely you throw around an allegation of just cause. The ramifications of an allegation of just cause are serious for employees: it can deny them the ability to receive Employment Insurance benefits and make it much more difficult to find new employment. Judges are aware of these facts and will not take such accusations lightly.

The same is not to suggest that employers will never have just cause for summary dismissal. Certainly the facts in some cases will warrant such action, but not always.