Supreme Court of Canada Denies Leave to Appeal in Oudin: But Does That Really Mean Anything? 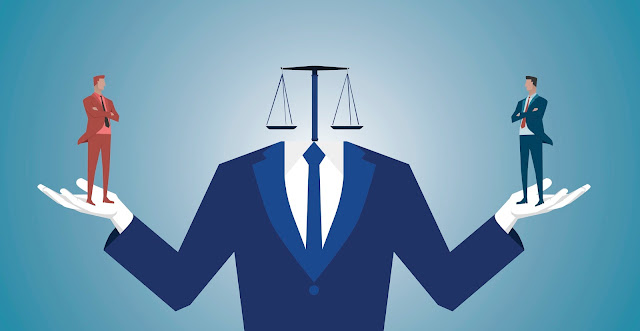 On February 2, 2017, the Supreme Court of Canada denied the application for leave to appeal from the judgment of the Court of Appeal for Ontario in Oudin v. Centre Francophone de Toronto, 2016 ONCA 514, dated June 28, 2016. As is customary of the Supreme Court, no reasons for the decision to deny leave were provided.

I previously blogged about the Oudin decision in the post The ONCA’s Decision in Oudin v. CFT Leaves One 'Wundering' – Is Wunderman Dead?, which was actually cited to the Supreme Court by the Applicant as one reason leave should be granted.

So what does the fact that the Supreme Court of Canada denied leave really mean for Ontario employment law?

When the Court of Appeal for Ontario released its reason for decision in the Oudin case I was, as were a lot of commentators, critical of the decision. Indeed, in my earlier post I wrote the following:

Gah! What are we to do with that?! Perhaps that is not overly professional say, but it is certainly the emotion that I find myself expressing.

If one looks at my earlier post, [“Benefits”: The Most Important Word in Ontario Employment Law] I track the history of the law on this point from the Supreme Court of Canada’s decision in Machtinger v. HOJ Industries Ltd., [1992] 1 SCR 986, 1992 CanLII 102 (SCC), through the numerous decisions of the Ontario Superior Court of Justice (Wright v. The Young and Rubicam Group of Companies (Wunderman), 2011 ONSC 4720 (CanLII), Stevens v. Sifton Properties Ltd., 2012 ONSC 5508 (CanLII), Paquette c. Quadraspec Inc., 2014 ONCS 2431 (CanLII), Carpenter v Brains II, Canada Inc., 2015 ONSC 6224 (CanLII)), and then finally a decision of the Ontario Divisional Court, Miller v A.B.M. Canada Inc., 2015 ONSC 1566 (CanLII), all of which would seem to suggest that the termination clause provided in the Oudin case should have been ruled dead on arrival.

Some, mostly management-side, employment lawyers are now heralding the Supreme Court’s decision to deny leave as proof that Canada’s top court agrees with Justice Dunphy’s approach to and interpretation of the termination provision. Frankly I think that’s a bridge too far.

Personally, I do not believe that we can read anything into the Court’s decision to deny leave.

The Supreme Court of Canada receives hundreds of applications for leave to appeal every year, and receives a handful of appeals as of right. According to the Court’s own statistics from 2005-2015, “In 2015, 560 new cases were filed – 539 applications for leave to appeal and 21 appeals as of right.” In the same year the Court released 74 judgments. (For those wondering, the SCOTUS released 80 opinions that year.) The Court simply cannot hear every case that comes before it.

Moreover, the Court has a very clear mandate. Subsection 40(1) of the Supreme Court Act, RSC 1985, c S-26, prescribes the criteria for selection of cases to be heard by the Court:

Put another way, the test is essentially one of national importance.

The ‘debate’ about the correct interpretation of Ontario’s Employment Standards Act, 2000, while important to workers in Ontario, is arguably not an issue of national importance. One interpretation of the Supreme Court of Canada’s decision to deny leave is that this question is better left to Ontario’s top court.

With that being said, I wish to underline that it is my opinion that the Court of Appeal for Ontario did not answer the ongoing debate raised by cases such as Oudin, which is why I wrote my post about the anticipated decision in the appeal of the Ontario Superior Court of Justice’s decision in Wood v Fred Deeley Imports Ltd., 2016 ONSC 1412 (CanLII): Will Wood Finally Answer the Question of Benefits? There’s Hope.

Respectfully stated, until the Court of Appeal for Ontario authors a decision in which it addresses the split between those who are following the Wunderman decision and those who are not, there is no certainty in this province about what it takes to draft a legally binding termination provision.