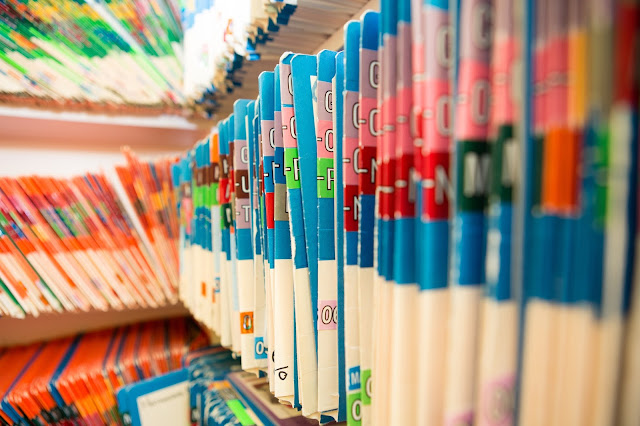 Can a trial court award aggravated damages to an employee who claims wrongful dismissal absent a finding of actual mental distress being suffered by that employee? That was the question answered by the Honourable Mr. Justice Robert N. Beaudoin, sitting as a judge of the Ontario Divisional Court, in the case of Walker v Hulse, Playfair and McGarry, 2017 ONSC 358 (CanLII).

This case involved the appeal of a decision from the Small Claims Court.

The Respondent, Mr. Walker, had commenced an action in Small Claims Court against his former employer, the Appellant, Hulse, Playfair and McGarry, seeking damages in the amount of $25,000 for wrongful dismissal, mental distress, aggravated damages, punitive damages and intentional infliction of mental suffering.

The deputy judge rejected Mr. Walker’s claim to wrongful dismissal damages under common law, finding that his termination was governed by his employment contract, which limited his notice upon termination to no more than the minimum amount prescribed by the Ontario Employment Standards Act, 2000.

Indeed, the deputy judge rejected all of Mr. Walker’s claims except for aggravated damages, for which she awarded him the sum of $5,000.

In considering the appellate judge’s reasons for decision, it is helpful to review the trial judges’ findings under the other heads of damages. She rejected the claim for mental distress damages and noted that no medical evidence had been called. She concluded at para. 72 of the decision:

Causation is a problem in this case, because the plaintiff had various stressors in his personal life. Counsel for the defendant referred to the manner of termination, which he argued was respectful: the plaintiff was questioned, an investigation was done, she argued, and he was suspended with pay. The fact that he was terminated without cause was within the employer’s right at any time, and no opposition was made by the defendant to the plaintiff receiving unemployment insurance.

With respect to punitive damages the trial judge concluded at para. 74:

While the termination process was abrupt and came without the usual written warnings, I cannot find the Patrick McGarry’s actions rose to the level of being malicious, oppressive and high-handed. The court’s sense of decency is not shocked by the termination.

With respect to the claim of intentional infliction of mental suffering, she found that the employer and accommodated Mr. Walker in many ways and concluded at para. 84:

I find that there is no evidence that Howard Walker was bullied or harassed. On the evidence before the court, I do not and cannot conclude that management calculated to inflict mental suffering upon the plaintiff, nor do I find any evidence of mental suffering, beyond the distress would normally be experienced by loss of employment.

The precipitating events in the manner dismissal need to be examined in context. Patrick McGarry had deleted the public (at least public to the employees) commendation of the plaintiff. He had put the plaintiff on paid leave for the telephone incident, for infringing a policy that did not exist in any written form. There was no cause for dismissal, but in the termination letter it was threatened; if no release was signed, the plaintiff would be terminated for cause and would receive no severance pay. Given that the defendant’s concession and position is that that this was a termination without cause, I find on circumstances of this case the termination letter sent by Patrick McGarry to the plaintiff gives rise to aggravated damages.

[13] At para. 57 in Honda v. Keays, the Supreme Court of Canada confirmed the general damages allocated in wrongful dismissal actions are confined to the loss suffered as a result of the employer’s failure to provide notice and that no damages are available to the employee for the actual loss of his or her job and/or the pain and distress that may have been suffered as a consequence of having been terminated. The Court confirmed that, as an exception to this general rule, damages in the manner in which a person’s employment was terminated will only be available “where the employer engages in conduct during the course of dismissal that is unfair or is in bad faith by being, for example, untruthful, misleading or unduly insensitive.”

[14] Further, at para. 59, the Supreme Court held that there was no reason to retain the distinction between “true aggravated damages” resulting from a separate cause of action and moral damages resulting from the conduct in the manner of termination. It went on to state that if an employee can prove that the manner of dismissal caused mental distress that was in the contemplation of the parties, that those damages will be awarded not through an arbitrary extension of the notice but through an award that reflects the actual damages. The Court gave examples of such conduct: “attacking the employee’s reputation by declarations made at the time of dismissal, misrepresentations regarding the reasons for the decision, or dismissal meant to deprive the employee of the pension benefit or other right, permanent status for instance…).

[15] In this case, the deputy judge made no findings of fact regarding the Appellant’s conduct when it terminated the Respondent which would support an award of aggravated damages. In effect, the deputy judge made findings of fact with respect to the other claims for damages which do not support a finding of bad faith that would be essential to establishing such claim. The deputy judge appears to have relied on the termination letter wherein the employer asserted its belief that it had cause to terminate the employee but was prepared to abandon that claim in the course of attempting a resolution with the employee.

[16] The Court of Appeal in Mulvihill v. Ottawa (City), 2008 ONCA (CanLII) held that where an employer initially asserts that it has just cause to terminated employee, but later abandons its claim for cause during the course of litigation, that should not automatically lead to the conclusion that its initial act of alleging cause for dismissal was not warranted. The Court went on to specifically state at para. 49:

…The mere fact that cause is alleged, but not ultimately proven, does not automatically mean that Wallace damages are to be awarded. So long as an employer has a reasonable basis on which to believe it can dismiss an employee for cause, the employer has the right to take that position without fear that failure to succeed on that point will automatically expose bad faith.

[17] In this case, the Appellant gave evidence at trial to support its reasons for belief had just cause, however, given the fact that a termination clause was in place, the Appellant offered to pay an additional two weeks and the forgiveness of a $700 loan in the hope of avoiding litigation. After the Respondent’s refusal of its offer, the Appellant nevertheless paid the two weeks’ notice as required by the employment contract and did not interfere with his right to claim employment insurance. Once the matter proceeded to trial, the Appellant once again chose a course of action to not spend time at trial trying to prove that it had just cause. The Appellant never conceded that it did not have just cause to terminate the Respondent during the trial.

[18] Moreover, the trial judge did not find that the employer’s offer to provide the Respondent with an additional two weeks in exchange for a release was untruthful, misleading or unduly insensitive as set out in Honda v. Keays. The trial judge’s findings on the claim for punitive damages undermine the finding of conduct that was sufficiently egregious as to give rise to a claim of aggravated damages.

[19] More importantly, there was no evidence of any kind that the Respondent suffered any actual damage as a result of the termination. The Court of Appeal has provided some guidance on this issue in the case of Brien v. Niagara Motors Limited, 2009 ONCA 887 (CanLII). In that case, the Court of Appeal refused to award aggravated damages in the absence of medical evidence to support the plaintiff’s claim.

[21] The deputy judge failed to consider a required element of the legal test and this was an error of law to which the standard of correctness applies.

In the result the appeal was allowed. The appellant employer did not seek its costs of the appeal.

There are two interesting observations to make from this case.

The first point to make is that the plaintiff’s inability to prove that he had been wrongfully dismissed was not the flaw that was fatal to his claim to aggravated damages. Just because the employer was permitted to limit his notice entitlement to no more than statutory minimums did not, by itself, vitiate any possible claim to other forms of damage. Employers who provide sufficient notice or pay in lieu, but do so in a harmful way, can still be found liable to such employees for extraordinary damages.

The second point to make is this court’s insistence in this case on the need for medical evidence to substantiate a claim for aggravated damages. Notwithstanding the decision of the Supreme Court of Canada in Keays nearly a decade ago, the door appears to be nudging open for claims to either aggravated or punitive damages absent such evidence. On this point see, for example, my posts titled Moral Damages for Manner of Dismissal - Meeting the Evidentiary Burden and Ottawa Judge Awards $50,000 in Punitive Damages after Employer Fails to Provide Statutory Minimums and ROE.

For some reason, it would appear that the Ontario Superior Court sitting at Ottawa appears to be the test lab for these cases, with another Small Claims Court decision recently considering the issue; see my post Ottawa Small Claims Court Awards $4,000 in Punitive Damages after Employer Falsely Alleges Just Cause.

Will one of these cases eventually find itself before the Court of Appeal for Ontario or higher? Probably.

The takeaway for employees is to carefully consider all claims following the termination of employment. I will note that the respondent employee in this case was self-represented. Proving one’s case is difficult. The law is complicated and, as Justice Beaudoin’s decision demonstrates, there are many requirements to proving one’s claim for damages, even where one believes the he has been wronged.

Moreover, just because your employment has been ended does not necessarily mean that you have been legally wronged – even if you disagree with why your employment was terminated.

The takeaway for employers is to be cautious in how you effect terminations. Even if you are ultimately found to be correct, the experience can be expensive and time-consuming. Note that the plaintiff in this case had his employment terminated on January 2, 2014. Justice Beaudoin’s decision was not released until more than 3 years thereafter. Such a timeline is not at all atypical.