If a Termination Provision Potentially Violates the ESA, It Is Void: ONCA 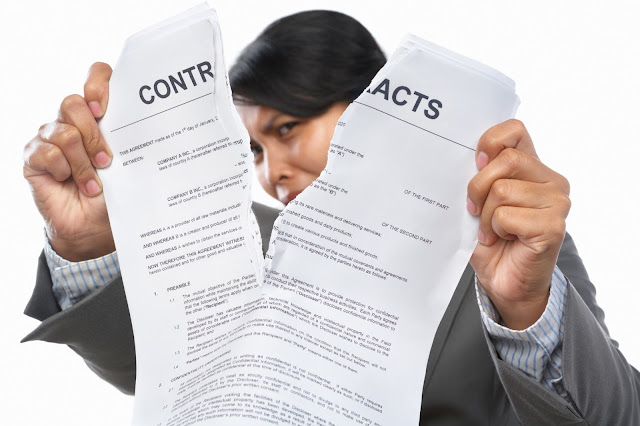 “If a [termination] provision’s application potentially violates the ESA at any date after hiring, it is void.”

In a very short endorsement released by the Court of Appeal for Ontario on April 5, 2017, Covenoho v. Pendylum Ltd., 2017 ONCA 284, Ontario’s top court confirmed what many of Ontario’s employment lawyers having been saying for years now: a poorly drafted employment agreement is going to prove costly.

Once again we are talking about termination provisions. For those who have never read my blog before, this is an issue about which I have written on several, several occasions, see e.g. Court of Appeal Finally Brings Much Needed Clarity to Issue of Benefits in Contractual Termination Provisions and Poorly Drafted Employment Agreement Proves Costly.

The termination provision in the case provided as follows:

(a) immediately by PENDYLUM providing written notice to you if you violate or fail to honor any of these provisions of this Agreement or fail to perform your duties as set out in Appendix A in a satisfactory manner as determined by PENDYLUM (known as Cause); or if the PENDYLUM Client to which you have been contracted terminate[s] its contract with PENDYLUM for your services; OR

(b) by either party providing written notice of at least two (2) weeks to the other.

2.2 In the event of termination, we will have no liability to you, save and except to pay any accrued and earned compensation up to and including the date of termination.

Ms. Covenoho was employed by the respondent employer under a one-year fixed term contract. That contract contained the termination provision contained above.

By letter dated October 11, 2013, the respondent terminated the appellant’s employment without notice or payment in lieu of notice, as follows:

Ms. Covenoho brought a motion for summary judgment. The motion judge, the Honourable Justice Mario D. Faieta of the Superior Court of Justice, concluded that as the appellant had been employed for less than three months, she was not entitled to notice under the Employment Standards Act, 2000, S.O. 2000, Ch. 41 (“ESA”), and reasonable common law notice was not required under s. 2.1 of the contract. He also dismissed the plaintiff’s claim for damages arising from bad faith in the manner of termination.

The Court of Appeal (Rouleau, Pepall, and Roberts JJ.A.) agreed with Ms. Covenoho’s argument. It’s reason for decision were as follows:

[8] The appellant claims damages in the amount of $56,000, representing her salary for the 40 weeks that remained on her fixed term contract at the time of her employment termination. The motion judge determined that had the appellant’s employment not been validly terminated under the contract, he would have found that she was entitled to damages equivalent to her salary for the remainder of the unexpired term of the contract, without deduction for mitigation.

[9] Having concluded that her employment was not validly terminated, we agree with the motion judge’s alternative finding in this regard. As this court recently stated in Howard v. Benson Group Inc., 2016 ONCA 256, 129 O.R. (3d) 677, at para. 44: “In the absence of an enforceable contractual provision stipulating a fixed term of notice, or any other provision to the contrary, a fixed term employment contract obligates an employer to pay an employee to the end of the term and that obligation will not be subject to mitigation”. The termination provisions being void and of no force or effect, the appellant is entitled to receive the salary that she would have earned for the remaining weeks of her fixed-term contract.

In the result the Court of Appeal set aside Justice Faieta’s order and cost award and substituted a judgment awarding Ms. Covenoho damages in the amount of $56,000, together with pre and post judgment interest and $1,664 on account of her disbursements.

First, kudos to Ms. Covenoho on her victory. It’s rare that a self-represented litigant prevails in a wrongful dismissal claim.

Second, if there was any doubt as to the import of the Court’s decision in Wood v. Fred Deeley Imports Ltd., about which I blogged in my post Court of Appeal Finally Brings Much Needed Clarity to Issue of Benefits in Contractual Termination Provisions, let’s lay that to rest as well.

Finally, and answering my repeated prayers for clarity, the Court of Appeal again makes an express endorsement of Justice Low’s decision in Wright v. Young & Rubicam Group of Cos., 2011 ONSC 4720. Houston, we have clarity.

The takeaway for employees with labour pains is that it pays to have a professional review the terms of your employment agreement before accepting a severance offer.

Employers, have your employment agreements reviewed now. The law has moved a lot in the last few years and it finally appears that we have clarity with respect to what Ontario’s courts expect. As this case demonstrates the cost of ‘getting it wrong’ can be quite, quite substantial. $56,000 is considerably more than we would ever charge to review and, if necessary, amend an employment contract to ensure its legality.