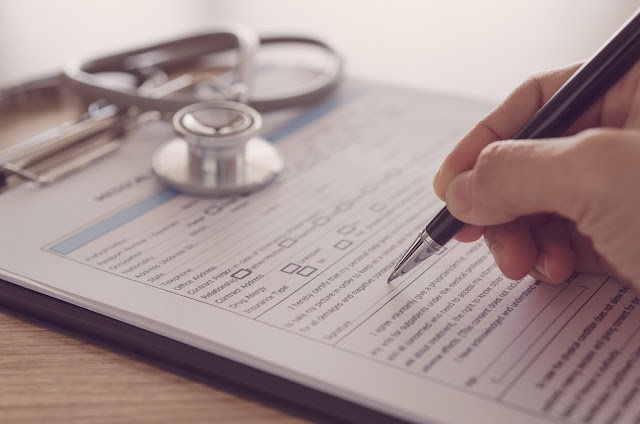 Is an employee required to submit to an independent medical examination, an “IME”, by a doctor of his employer’s choosing as part of the employee’s duty to participate in the human rights accommodation process? In a decision released May 19, 2017, by the Ontario Divisional Court, Bottiglia v Ottawa Catholic School Board, 2017 ONSC 2517, the answer was “sometimes.”

The case concerned an application for judicial review of a 2015 decision of the Human Rights Tribunal of Ontario: Bottiglia v. Ottawa Catholic School Board, 2015 HRTO 1178.

The panel considering the application was composed of Marrocco A.C.J.S.C., Heeney R.S.J., and Ellies J. Writing for the unanimous panel, the Honourable Justice M. Gregory Ellies acknowledged that the application required the court to consider the scope of an employer's right to request that an employee undergo an lME and the corresponding duties of an employee with respect thereto.

In holding that in certain circumstances, an employer will be justified in requesting an IME as part of the duty to accommodate imposed upon employers under the Ontario Human Rights Code, Justice Ellies wrote the following on behalf of the court:

[57] I agree that the OCSB had no contractual right to request an IME. However, I disagree with the submission that, in the absence of contractual authority, an employer may only request an IME when expressly authorized by statute. In my view, Mr. Bottiglia seeks to carry the decision in Re Thompson and Town of Oakville Re Ruelens and Town of Oakville, 1963 CanLII 254 (ON SC) too far by applying it to the accommodation process required under the Code. In certain circumstances, an employer will be justified in requesting an IME as part of the duty to accommodate imposed upon employers under the Code.

[66] Section 17(2) of the Code imposes a duty on an employer to accommodate an employee's disability to the point of undue hardship. It reads:

No tribunal or court shall find a person incapable unless it is satisfied that the needs of the person cannot be accommodated without undue hardship on the person responsible for accommodating those needs, considering the cost, outside sources of funding, if any, and health and safety requirements, if any.

[67] In my view, the duty imposed by this section brings with it the right in certain circumstances to request an IME. It is clear from the Tribunal's reasons that this was one of the grounds, perhaps the most important ground, upon which it held that the OCSB acted reasonably in requesting an IME.

[68] The Tribunal member began his analysis by referring to s. 17(2) and to the procedural and the substantive components of an employer's duty to accommodate: see the reference at para. 97 of the reasons to the decision in Meiorin. He also referred to the employee's duty to co-operate in the accommodation process, making specific reference to the Supreme Court of Canada's decision in Central Okanagan School District No. 23 v. Renaud, [1992] 2 S.C.R. 970, this court's decision in Adga Group Consultant 's Inc. v. Lane (2008), 91 O.R. (3d) 649, and the Tribunal's decision in Baber v. York Region District School Board, 2011 HRTO 213.

I agree with the OCSB that Dr. Levine provided only a tentative and uncertain prognosis for the applicant and that it was not evident, based on the proposed accommodations, what knowledge Dr. Levine had of the workplace and the essential duties of a superintendent. I find it reasonable that the OCSB was also concerned with the fact that the applicant's proposed return to work after an absence of over two years coincided with the end of his paid leave. In my view this is a case in which the OCSB had a reasonable and bona fide reason to question the adequacy and reliability of the information the applicant provided and the legitimacy of the applicant's proposed accommodation and to consequently seek an independent medical assessment in order to meet its obligations to appropriately accommodate the applicant.

[70] In my view, the Tribunal's decision in this respect was reasonable. As the Tribunal member pointed out, Dr. Levine had done an about-face within a span of roughly five months with respect Mr. Bottiglia's ability to work. This provided a reasonable and bona fide basis for the OCSB to question the adequacy and reasonableness of Dr. Levine's opinion, because he had been writing for two years that Mr. Bottiglia was unable to resume his duties at all.

[71] I do not accept that Thompson stands for the proposition that employers may only request an IME where expressly authorized by statute. …

[73] Contrary to the submission made on behalf of Mr. Bottiglia, the Tribunal's ruling does not mean that employees must submit to an IME as part of the accommodation process. The Tribunal did not hold that employers have a freestanding, unrestricted right to request an IME. Rather, the Tribunal held that, in certain circumstances, an employer will be justified in requesting that an employee attend an IME as part of the employer's duty to accommodate.

[76] In my view, the Tribunal's decision on this issue was a reasonable one. In certain circumstances, the procedural aspect of an employee's duty to accommodate will permit, or even require, the employer to ask for a second medical opinion. Without attempting to define all of those circumstances, they will include the circumstances that the Tribunal reasonably found existed here, where the employer had a reasonable and bona fide reason to question the adequacy and reliability of the .information provided by its employee's medical expert.

In addition to his argument that the employer had no right to require that Mr. Bottiglia submit to an IME, Mr. Bottiglia further argued that it was reasonable in this case for him to refuse to submit to such an examination. In rejecting that argument, Justice Ellies wrote the following:

[81] In my view, it was reasonable for the Tribunal to decide that the OCSB was not required to try to obtain further information from Dr. Levine, whose reliability the OCSB had legitimate reasons to question.

[92] When providing the examiner with information, it is my view that the employer must be careful not to impair the objectivity of the examiner. Where an employer has provided information to an examiner which might reasonably be expected to impair that examiner's objectivity, it is my further view that an employee is justified in refusing to attend the IME. In such a case, the accommodation process will not have failed as a result of the employee's refusal to attend the IME. Instead, the process will have broken down as a result of the employer's actions in potentially impairing the examiner's objectivity.

[93] The Tribunal in this case found that the information provided by Mr. Marshall and the opinions he expressed on behalf of his client were not improper and did not extend beyond a reasonable expression of the OCSB's concerns. With respect, I would not have reached the same conclusion on these facts. The OCSB's opinion that Mr. Bottiglia's return to work was motivated more by money than by fitness for the job ran a realistic risk of impairing the objectivity of Dr. Suddaby. I cannot see how this information could have assisted the examiner. It adds nothing about the nature of Mr. Bottiglia's employment or the events leading up to Mr. Bottiglia's absence from employment. If the examiner felt it was important information, he was free to ask Mr. Bottiglia during the examination about his motives for returning to work.

[94] In my view, it is of little comfort to an employee facing the risk of an examination by a biased examiner to be told that he can also express his opinion to the examiner. An IME should not devolve into a contest for the sympathies of the examiner. Surely, efforts by both the employer and the employee to persuade the examiner of the merits of their position runs at least the same risk of compromising the examiner's objectivity as a one-sided effort by the employer.

[95] Nonetheless, the fact that I would have found differently in this case does not mean that the application must succeed. As I stated when I addressed the standard of review, our role is to determine whether the Tribunal's finding was reasonable, not whether alternative findings might be more reasonable. As the Supreme Court of Canada said in Dunsmuir, at para. 47:

In judicial review, reasonableness is concerned mostly with the existence of justification, transparency and intelligibility within the decision-making process. But it is also concerned with whether the decision falls within a range of possible, acceptable outcomes which are defensible in respect of the facts and law.

[96] In my view, the Tribunal's finding on this issue falls within a range of acceptable, defensible outcomes. It was open to the Tribunal to find that the OCSB acted reasonably in providing all of the information it did to Dr. Suddaby, including information about the expiry of Mr. Bottiglia's paid absence, even if I would not have arrived at the same conclusion.

[97] For these reasons r would not give effect to this ground of review.

In the result, the application was dismissed with costs of $30,000 awarded to School Board.

It is important to note that I argued this case on behalf of the applicant together with my then-partner Pat Santini. As of the publication of this post we are still within the time limit to appeal this decision.

What I will say now is that it is incredibly frustrating to see just how close we came in this case. To my mind, paragraphs 92 to 96 of the decision, and Justice Ellies’ comment at paragraph 93 that, he “would not have reached the same conclusion” leaves one just a little defeated.

For those interested in the arguments we made in support of our application, a copy of our factum is available here: Factum of the Applicant – 16-DC-2180.

This case is a win for employers. The Divisional Court has clearly said that, in certain, limited cases, employers will be within their rights to request that an employee submit to an independent medical examination by a doctor of the employer’s choosing as part of the accommodation process.

What this case also demonstrates is that the employer can end the accommodation process by potentially biasing the examination. It is important to note that the court in this case found that such a thing happened, which is to say that a different member of the Human Rights Tribunal of Ontario may have reached a different conclusion in this case.