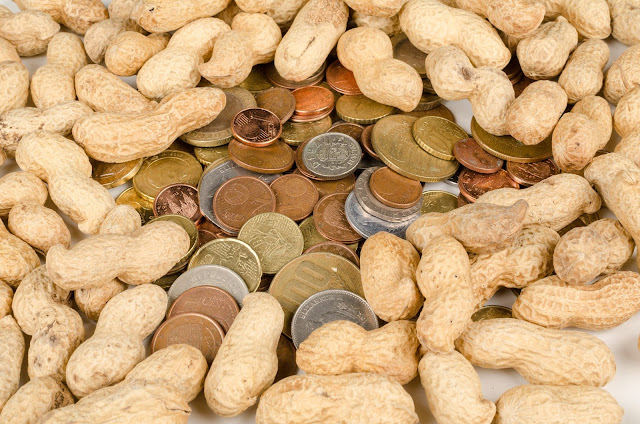 What happens when an employee takes a new job not so much to mitigate her damages, but rather to survive? More to the point, what if that new position is so much beneath the wrongfully dismissed employee’s previous position that to deduct such earnings would work a disservice to the employee?

In the case of Brake v PJ-M2R Restaurant Inc., 2016 ONSC 1795, the Honourable Justice Kevin B. Phillips of the Ontario Superior Court of Justice held that a wrongfully dismissed employee’s ability to find employment did not take away from the loss she suffered from being dismissed without cause. Moreover, her new position, that of a cashier, was so substantially inferior to the managerial position she held with the defendant that, “the former does not diminish the loss of the latter.” As a result no deduction was applied on account of the mitigatory earnings.

I blogged about the trial decision in my post Trial Judge Finds Mitigatory Earnings too Insignificant to be Deducted from Wrongful Dismissal Award .

The facts of the case are as set out in my previous post.

The case concerned Esther Brake, who worked for McDonald’s restaurants for more than 25 years. A substantial part of that career was spent in the employ of the defendant, PJ-M2R Restaurant Inc., a McDonald’s franchise holding company with several restaurants in Ottawa.

Ms. Brake claimed that she was wrongfully constructively dismissed and sought damages for common law notice plus severance pay in accordance with the Employment Standards Act, 2000 (“ESA”). The defendant employer responded that it had every right to terminate her employment since, despite considerable effort to assist her in meeting the standards expected of her position, she simply failed to do so and had to be let go.

Following the trial of the case, the trial judge made the following findings of fact:

The decision of the court was authored by the Honourable Justice Eileen E. Gillese. Justice Gillese’s decision provides a lot of helpful guidance with respect to the duty to mitigate. In her reasons for decision, Justice Gillese wrote the following:

[97] While this general statement of principle governs, I would not reduce the damages award by the amounts that Ms. Brake received during the notice period because, in my view, they are not "amounts received in mitigation of loss".

[99] To the extent that the trial judge was suggesting that the court did not need to consider whether income received from a job that was inferior to the one from which the employee was dismissed was mitigation income, I respectfully disagree. That approach does not accord with the principle that employment income earned during the notice period is generally to be treated as mitigation of loss.

[100] Having said that, in my view, the income earned by Ms. Brake during the notice period need not be deducted from the damages award. To explain why, I will consider:

a. the Employment Income ("El") benefits that Ms. Brake received;

b. Ms. Brake's employment income in the statutory entitlement period under the Act; and

c. Ms. Brake's employment income in the balance of the 20-month notice period (the "Balance of the Notice Period").

[109] When Ms. Brake's employment was wrongfully terminated, she was entitled to two types of compensation - termination and severance pay under the [Employment Standards] Act ("statutory entitlements") and common law damages for wrongful dismissal. In her amended Statement of Claim, she claimed for both. At para. 35 of the claim, she states that she had been paid no compensation in lieu of reasonable notice and none of the amounts required by the Act.

[140] In a wrongful dismissal action, an employer is generally entitled to a deduction for income earned by the dismissed employee from other sources during the common law notice period. However, as Rand J. explained in Karas v. Rowlett, [1944] S.C.R. 1, at p. 8, for income earned by the plaintiff after a breach of contract to be deductible from damages, "the performance in mitigation and that provided or contemplated under the original contract must be mutually exclusive, and the mitigation, in that sense, is a substitute for the other." Therefore, if an employee has committed herself to full-time employment with one employer, but her employment contract permits for simultaneous employment with another employer, and the first employer terminates her without notice, any income from the second employer that she could have earned while continuing with the first is not deductible from her damages.

[154] I fully concur with the result reached by Gillese J.A., and with her excellent reasons. However, with respect to the income the respondent earns as a cashier at Home Depot, in my view, the trial judge was entitled to make the following finding:

The cashier position she occupies now at Home Depot is so substantially inferior to the managerial position she held with the Defendant that the former does not diminish the loss of the latter.

[155] It was on that basis that the trial judge declined to deduct the Home Depot income that the respondent earned during the notice period from her damages for wrongful dismissal. I would uphold that decision.

[156] The trial judge found that the respondent made reasonable best efforts to find a managerial position reasonably comparable to the one she held with the appellant. Having been unable to do so, the respondent accepted a non-managerial job as a cashier at a much lower salary, because she needed to earn money.

[158] It follows, in my view, that where a wrongfully dismissed employee is effectively forced to accept a much inferior position because no comparable position is available, the amount she earns in that position is not mitigation of damages and need not be deducted from the amount the employer must pay.

[160] In other words, the trial judge decides whether a job that an employee takes or turns down, amounts to mitigation of damages. As my colleague states at para. 98, only monies that are received in mitigation of the loss are deducted from the damages award.

[161] In this case, the employee was not an executive who could afford to live during the notice period without a salary. It was in her interest to try to obtain a comparable managerial position but she was not able to do so, and because she could not afford to earn nothing, she had to take the only job she could find. The trial judge determined that the job she found was in no way comparable to her managerial position with the appellant. As a result, it did not have the effect of mitigating the damages she suffered from her wrongful dismissal by the appellant employer and should not be deducted.

In the result the appeal was dismissed with costs of $19,500 awarded to Ms. Brake.

In my original post I argued that, in my own personal opinion, I believed that the court erred in failing to deduct the mitigatory earnings. I argued that such earnings should have been deducted from the overall award. I guess I was wrong – at least for now.

Having now had the chance to consider Justice Feldman’s reasons, I must say that I find myself drawn to them, especially that which is provided at paragraph 157, “… if she can only find a position that is not comparable in either salary or responsibility, she is entitled to turn it down, and if she does, the amount she could have earned is not deducted from her damages.” I wrote about that subject in my post The Duty to Mitigate: Employees Not Required to Accept a 'Bird in the Hand'.

On the whole this case is a huge win for employees, especially those outside the executive ranks.

The takeaway for employees with labour pains is that while you have a duty to mitigate your damages and sometimes life will require you to accept any position in order to pay the bills, the court may not always deduct such meager, self-sustaining earnings in your wrongful dismissal case.

The takeaway for employers is to be careful in how you terminate the employment of your employees. The employer in this case made several costly mistakes. Those could likely have been avoided with prudent legal advice.