Wrongful Dismissal Cases are Appropriate for Resolution by way of Application: ONSC 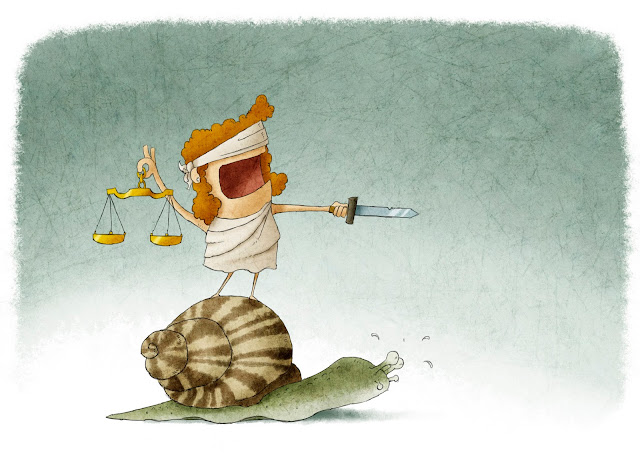 A frequent criticism of the Canadian judicial system is that it moves too slowly. Indeed, as the Supreme Court of Canada recently observed in its now infamous decision in R. v. Jordan, [2016] 1 SCR 631, 2016 SCC 27 there has been a “culture of complacency towards delays” in the justice system for years. And while the Supreme Court’s comments were directed towards the criminal system in that case, most would tend to agree that things are no better in the civil bar.

And so what is one to do when he finds himself with a simple, straight-forward wrongful dismissal case, where the only points in issue are: (1) Is this employment contract dispositive of my entitlements to reasonable notice, and (2) If the answer to that question is no, then what is the notice period?

Prevailing wisdom over the past seven or so years has been that the dismissed party should start an action, and then bring a motion for summary judgment. (See the comments of Justice Hackland in Beatty v. Best Theratronics Ltd., 2014 ONSC 3376 (CanLII): I agree with Perell J.’s observation in Adjemian v. Brook Crompton North America, [2008] O.J. No. 2238 (Ont. S.C.J.) that summary judgment may be an appropriate and optimal way to proceed in cases involving the determination of reasonable notice periods.)

But, as will be considered below, motions for summary judgment, especially in cases where the amount claimed is less than $100,000, can have their drawbacks and limitations.

Is there a better way yet still?

I believe there is. And, in the case of Farah v EODC Inc., 2017 ONSC 3948 (CanLII), the Ontario Superior Court of Justice endorsed such an approach as appropriate.

The Problem with the Legal System Generally

The problem with the civil justice system, generally, is that there are a large number of procedural steps that must be undertaken before a case can proceed to trial. At the very least, if the case is commenced in Ottawa, Toronto, or Windsor, the case must proceed to a mandatory mediation. The case must also proceed to a judicial Pre-Trial Conference. In most cases, the parties will also attend on examinations for discovery. All of those events take time, must be scheduled and cost money. Civil cases can easily take years and some cases need the time.

One solution to the problems associated with the civil system was the summary judgment regime. In 2010 Ontario revised its rules concerning such motions. In 2014, the Supreme Court of Canada signalled that if things were going to change, summary judgment would have to be embraced by the civil litigation bar.

However, as I mentioned at the outset, there are some challenges with summary judgment motions in employment law cases. First of all, a motion for summary judgment requires the party to first start a lawsuit, for which a court filing fee attaches, and then file a motion, for which another filing attaches – that’s two court fees. Moreover, that means preparing two separate pleadings, a statement of claim and a notice of motion.

Second, most wrongful dismissal cases seek less than $100,000 in damages. Pursuant to Rule 76 of the Rules of Civil Procedure, RRO 1990, Reg 194, that means that the case must be commenced pursuant to the Simplified Rules of Civil Procedure. Some lawyers will not give any thought to that fact when considering a possible motion for summary judgment, but they should. The reason why is contained in paragraph 2 of subsection (1) of subrule 76.04 of the Rules. For those who have not memorized such rules, what that paragraph say is, “The following are not permitted in an action under this Rule… Cross-examination of a deponent on an affidavit under rule 39.02.” Rule 39.02 provides that, “A party to a motion or application who has served every affidavit on which the party intends to rely and has completed all examinations under rule 39.03 may cross-examine the deponent of any affidavit served by a party who is adverse in interest on the motion or application.”

Put another way, what 76.04(1) 2 says is, if you start your claim under the Simplified Rules because the amount at issue is less than $100,000, and you want to bring a motion for summary judgement, you cannot cross-examine the other side’s witnesses on any affidavit that they may file. This problem was highlighted by the Court of Appeal for Ontario in the case of Baglow v. Smith, 2012 ONCA 407, otherwise known as the “Dr. Dawg” case, where Justice Blair wrote the following:

[33] In the particular circumstances of this case, there is an additional reason why summary judgment is not appropriate. I mentioned above the importance of examination and cross- examination in building an appropriate record in these kinds of cases. The motion judge placed considerable emphasis on the fact that "the parties [had] chosen not to exercise their rights of cross-examination" on the affidavits filed. In this respect, he misapprehended the proceeding. The parties had no rights to cross-examine. This action was commenced under the simplified procedure provisions of Rule 76; cross-examination of a deponent on an affidavit is not permitted: rule 76.04(1).

Cross-examination is not always necessary in a wrongful dismissal case, but it’s nice to know that the door can be opened.

So if motions for summary judgment can be expensive and have limitations, what is the alternative? My answer has been the Application.

Rule 14.05(3) of the Rules of Civil Procedure provides that:

(d) the determination of rights that depend on the interpretation of a … contract or other instrument …;

(h) in respect of any matter where it is unlikely that there will be any material facts in dispute.

In my respectful submission, most simple wrongful dismissal cases will fall into categories (d) and (h).

Applications are powerful. They are essentially super motions for summary judgment. There are no pleadings, just a Notice of Application, there can be cross-examinations, regardless of the amount at issue, and typically one can get a hearing date rather quickly.

In the Farah case, mentioned at the start of this post, Ms. Farah’s employment was terminated on November 23, 2016. The Notice of Application was issued on January 3, 2017, and the application was heard by the court on April 25, 2017. Judgement was delivered on June 27, 2017, roughly seven months following termination.

In expressly approving the method chosen by the parties for the resolution of the matter, the Honourable Justice Stanley Kershman, who heard the application, wrote the following at paragraph 23 of his reasons for decision:

Pretty clear for anyone considering employing such an approach in the future.

The takeaway from this case for employees is that your case need not necessarily take a long time to get before a judge. Moreover, it is possible that you can ‘sue’ your employer and never have to step foot in a courtroom. In the Farah case, I can confirm that the applicant never stepped foot in any office other than mine. He did not have to attend in court or take the witness box.

No one likes spending money on legal fees when they don’t have to. If you find yourself on the receiving end of a demand letter and believe that you are correct in your position, you should not have to spend any more money than is necessary to defend your position. If plaintiff’s counsel refuses to go away, consider having them start the case by way of application.