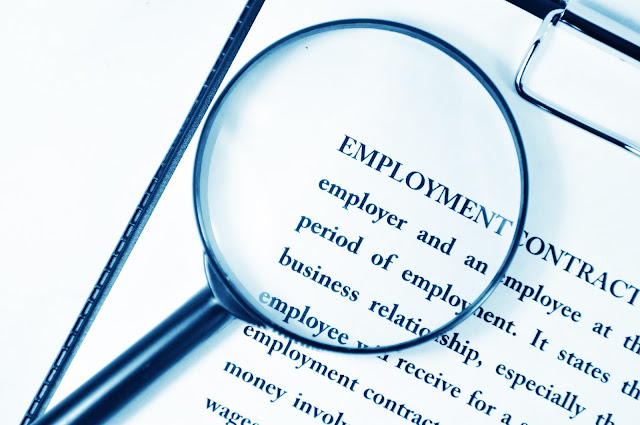 It is often said that, “a magician never reveals his secrets.” If that is true, then it is a good thing that I am not a magician.

There is a phrase employed in countless employment agreements, which, on its face, appears innocuous. As will be explained below, notwithstanding the fact that this one simple, seemingly benign phrase can cost workers literally thousands, if not tens or even hundreds of thousands of dollars, few employees will ever give a second thought to accepting such a contractual provision.

While I suspect that many employment lawyers know exactly to what I refer, I would suspect that few outside this union of magicians would have any clue to what I am making reference.

I dedicate this post to my mother-in-law. After receiving the court’s reasons for decision in Farah v EODC Inc., 2017 ONSC 3948 (CanLII), I sent a copy of the same to her. In my covering message I wrote that this decision “gives some pretty good insight into what I do in my litigation practice.”

After wading through the court’s reasons, she asked me, “What twigged Farah that he might have a case worth fighting?”

My answer was simple. He believed that he was owed more severance than was being offered by his employer. Like almost everyone who gets dismissed by their employer, Farah was concerned that the severance, actually a payment in lieu of notice, offered to him by his employer would not be sufficient to bridge him to his next job. To that end, he sought the assistance of a lawyer to get him more. That person was me.

Facts of the Case

Because the case proceeded by way of “application”, not an “action” (read: typical lawsuit), about which I wrote in my post Wrongful Dismissal Cases are Appropriate for Resolution by way of Application, the worker in this case is called the “Applicant” rather than the “plaintiff” and the employer is referred to as the “Respondent” rather than the “defendant.”

The Applicant began working for EODC in June 2010. At that time, he held the position of DBA Network Administrator, working in a form of database network administration.

At the time his employment was terminated, the contractual termination clause provided as follows:

On November 23, 2016, EODC terminated the Applicant’s employment. At that time, EODC offered to provide the Applicant with 6 weeks’ termination pay and 6.42 weeks of severance pay, plus an additional one week’s pay in consideration of the Applicant’s execution of a full and final release.

It was at this point that Farah really turned his attention to his contractual termination clause. What exactly does the phrase, “the Employer may terminate the Employee without just cause simply upon providing him/her with the entitlements prescribed in the Employment Standards Act, 2000” mean?

As set out in the court’s reasons for decision, I argued, amongst other things, that the clause was void for ambiguity, the result of which being that Farah was entitled to reasonable notice. We took the position that the reasonable notice period was in the order of nine months.

In deciding that the termination clause was dispositive of the Applicant’s rights to notice of termination, the Honourable Justice Stanley Kershman of the Ontario Superior Court of Justice reasoned as follows:

[53] With respect to the impugned agreement, this Court finds that the terms of the Termination Clause are not ambiguous and sufficiently rebut the common-law presumption of termination only upon reasonable notice, effectively limiting the notice requirements to those as set out in the ESA.

[56] The wording that seeks to displace the common law is … unambiguous.

[57] It is well established that the common-law presumption on termination only on reasonable notice is “rebuttable if the contract of employment clearly specifies some other period of notice, whether expressly or impliedly” (Machtinger v. HOJ Industries Ltd., 1992 CanLII 102 (SCC), [1992] 1 SCR 986, at p. 998).

[58] In Machtinger, the Supreme Court of Canada held that two termination clauses, one allowing the employer to terminate without cause and without any notice, and the other without cause on two weeks’ notice, to be null and void. The rationale behind Machtinger is that an employer who drafts a clause that attempts to avoid the minimum statutory notice requirements cannot rely on such a clause to show that the intent of the parties was to provide the minimum statutory notice (see Clarke, [Clarke v. Insight Components (Canada) Inc., 2008 ONCA 837], at para. 6).

[59] In distinguishing Machtinger from the case before it, the Ontario Court of Appeal in MacDonald v. ADGA Systems, [(1999), 1999 CanLII 3044 (ON CA), 117 O.A.C. 95 (C.A.)], compared the language of the termination clause in MacDonald’s employment contract with that found in Machtinger’s contract with HOJ Industries. (As set out above, in MacDonald v. ADGA Systems, the contract provided that either party may terminate the agreement at any time “by giving not less than one (1) month’s prior written notice”.)

[60] The Court of Appeal found that the McDonald clause did not, on a plain reading, conflict with any legislative entitlement: Neither on its face, nor inferentially, did the terms provide for a notice period less than that required by the ESA, nor reflect an attempt to contract out of that requirement. As such, the presumption was rebutted and the contractual term prevailed.

It would no doubt have been linguistically preferable had the termination provision in MacDonald’s contract contained words after the term of notice such as “in accordance with the relevant provisions of the Employment Standards Act.” But while this layer of specificity might have enhanced the clarity of the parties’ intentions, its absence does not detract from the provision’s legality.

[62] In line with this analysis, and following the remaining cases cited by EODC, the Court finds that the interpretation of the Termination Clause and its intention to provide the Applicant “with the entitlements prescribed in the Employment Standards Act, 2000” to be clear and unambiguous. Accordingly, the contractual term rebuts the common law presumption and prevails.

In the result, and for reasons unrelated to this post, the court found that the Applicant was only entitled to his minimum statutory entitlement of seven weeks pay in lieu of notice, not the nine months claimed.

Recall that the termination provision in this case provided as follows, “the Employer may terminate the Employee without just cause simply upon providing him/her with the entitlements prescribed in the Employment Standards Act, 2000.” In my opinion, such a provision does not appear to restrict an employee’s rights to severance - at least not to those who do not practice employment law. If anything, the clause would appear to confirm the employer’s obligation to provide such severance.

This is where the magician starts revealing his secrets.

As is set out in much greater detail in my post What is Wrongful Dismissal?, and as Justice Kershman observed in the Farah case, in 1999 the Supreme Court of Canada confirmed that there is a legal presumption that an employee can only terminated without cause upon the provision of reasonable notice. As I argued in my oral presentation to the court in the Farah case, Mr. Farah had the presumptive right to reasonable notice of termination – that’s the starting point as per the Supreme Court’s decision in Machtinger. The only way that the employer could remove that right is if its employment agreement clearly rebutted that presumption, which I argued it did not.

Here is the thing: Unless they have been through this process, or have otherwise been exposed to Canadian employment law principles, very few workers, I would suggest, are even aware of the concept of reasonable notice. Far too many workers, and indeed a great deal of employers, believe that the Employment Standards Act, 2000 prescribes the totality of rights to which a worker is entitled. As I explain in my post There is More to Employment Law in Ontario than Just the Employment Standards Act that simply is not true.

To my mind, the termination clause contained in his employment contract provided insufficient notice to Mr. Farah that he was sacrificing his common-law rights. Whether that was intentional or not on the part of the contract’s author I do not know. I also do not know who drafted the contract and I do not intend to cast aspersions upon them; they demonstrably did great work for their client and obtained the intended result. Moreover, the law has not – to date – required that greater notice be provided.

With full disclosure, I draft employment contracts for employers. I have included termination clauses very similar to that employed by EODC. However, my contracts also tend to include an express warning that, by entering into such an agreement the employee is forfeiting his/her right to claim common law notice of termination, which may be greater than the entitlements required to be provided to the employee pursuant to the provisions of this agreement / the ESA. I think such a warning only fair.

Not to make light of the situation, but the circumstances remind me of the scene in Monty Python’s “Life of Brian” when the prisoners are queuing for crucifixion:


Everyone seems to accept their fate, even when presented with a way to get out of it.