Judge Rules that Severance Offers Should Not be Pleaded 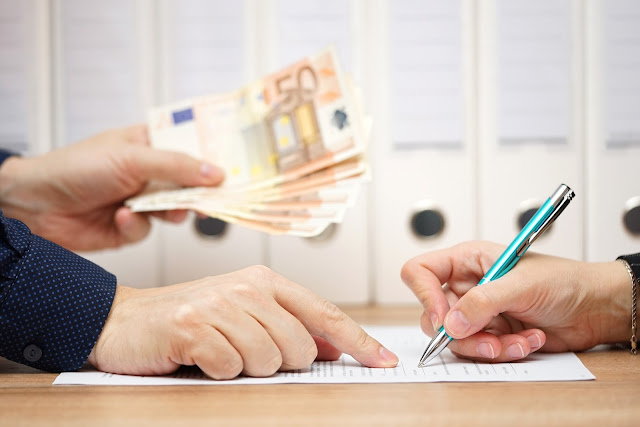 If I reject a severance offer, will the judge think I am being too greedy in asking for more? That question is a common concern among employees who find themselves suddenly unemployed. Conversely, employers are often hesitant to offer enhanced severance packages, lest the employee sue for wrongful dismissal and claim the offer as evidence of the employer’s willingness to at least pay such amount.

In a decision released July 19, 2017, Ramos v Hewlett-Packard (Canada) Co., 2017 ONSC 4413, the Honourable Madam Justice Robyn M. Ryan Bell may have done a great deal to mitigate such concerns for both sides.

Ms. Ramos brought a motion to strike out those references on the basis that in wrongful dismissal cases, where an offer is made without prejudice and to “buy peace,” the fact of the offer should not generally be pleaded. Hewlett-Packard responded by arguing that its July 25, 2016 letter was the primary written communication that Ms. Ramos’ employment was being terminated and that no litigation was contemplated at that time. Hewlett-Packard says that it did not intend its letter to be without prejudice, and points out that the letter was not labelled “Without Prejudice.” Hewlett-Packard takes the position that its July 25, 2016 letter was a communication to Ms. Ramos that her employment was being terminated and was a with prejudice offer to her as to her legal entitlements.

The two questions answered by the court were:

In resolving that the offer was made without prejudice to Hewlett-Packard’s position, the Honourable Justice Robyn M. Ryan Bell reasoned as follows:

[7] In wrongful dismissal cases, where an offer of settlement is made without prejudice, to “buy peace,” the fact of the offer should not generally be pleaded. (Bonneville v. Hyundai Auto Canada Inc., [1988] O.J. No. 26 (H.C.J.) at para. 10, citing Williamson.) The exceptions to the general rule are limited. The first exception is where the defendant has pleaded that the plaintiff was dismissed for cause. This was the case in Williamson, where the plaintiff was permitted to plead in reply that the defendant had offered the plaintiff before litigation, an additional payment in lieu of notice, thereby waiving the cause upon which the defendant relied to justify the dismissal. The second exception arises in the context of a claim for mental distress. Whether an offer of settlement will be relevant because it might be evidence tending towards the exacerbation of the plaintiff’s mental distress will depend on the facts of the case. (Bonneville at para. 16.) The third exception identified in the case law arises where the plaintiff advances a claim for punitive damages. In Ariganello v. Dun & Bradstreet Canada, [1993] O.J. No. 411 (Gen. Div.), Master Donkin dismissed the plaintiff’s motion to strike paragraphs of the statement of defence pleading settlement offers. Master Donkin concluded that the paragraphs answered the plaintiff’s allegations that the defendant had shown high-handed and callous disregard for the plaintiff’s rights and feelings in terminating his employment and in discussing his entitlement to compensation.

[8] The pleadings in this action do not raise any of the exceptions to the general rule prohibiting reference to without prejudice settlement offers in wrongful dismissal pleadings. The issue is whether the offer to settle was made without prejudice, to buy peace and to compromise a potential action. On the basis of the evidence before me, I find that the severance package offer in Hewlett-Packard’s July 25, 2016 letter was made on a without prejudice basis.

[10] There is limited direct evidence in the record as to whether the separation package offer was intended to be without prejudice. Ms. Ramos’ evidence is that she understood that the offer was intended to “buy peace” in terms of her accepting the enhanced severance amount offered in exchange for her promise not to sue Hewlett-Packard for wrongful dismissal. Mr. Telfer, Legal Counsel for Hewlett-Packard, swore an affidavit in support of the company’s position on this motion. The July 25, 2016 letter is not signed. Mr. Telfer does not state that he wrote the letter or that he was involved in the drafting of the letter. He does not state that he spoke with the drafter of the letter in order to prepare his affidavit. I am left with the statement, “…nor did ESIT consider [the letter] to be a without prejudice communication, as it was advising the Plaintiff of the termination of her employment and her severance offer.” Mr. Telford does not identify the source of his information for this statement, and I give it minimal weight.

[11] Based on the content of the offer to settle and the context in which it was written, I conclude that the offer to settle contained in the July 25, 2016 letter was intended to be a without prejudice offer, to buy peace between the parties. In arriving at this conclusion, I have considered the following:

In finding that the offer was irrelevant to the lawsuit commenced by Ms. Ramos, Justice Ryan Bell held as follows:

[12] Hewlett-Packard says that its offer to settle was made with prejudice and is relevant to the issue of the company’s compliance with Ms. Ramos’ contract of employment. I have found that the offer to settle was made without prejudice and to buy peace. In its statement of defence, Hewlett-Packard alleges that it offered Ms. Ramos a “reasonable severance package.” This position is repeated in Mr. Telfer’s affidavit. What constitutes reasonable notice will be an issue for the trial judge to determine; what Hewlett-Packard offered to Ms. Ramos is irrelevant.

[13] The exclusion of without prejudice offers of settlement made to “buy peace” in wrongful dismissal cases (subject to the limited exceptions previously discussed) is based on the sound policy rationale of encouraging the parties to settle without litigation. I agree with the following observation of McRae J. in Hartley v. J.B. Food Industries Inc., [1986] O.J. No. 608 (H.C.J.) at para. 3:

… I am of the view that the letter is privileged, that it ought not to have been pleaded and that the Courts would be derelict in their duty if they failed to require that privileged documents written in pursuit of early settlements not become an issue at the trial.

For those reasons, Justice Ryan Bell found that the separation package offer set out in Hewlett-Packard’s July 25, 2016 letter to Ms. Ramos was made without prejudice and was irrelevant to the matters at issue in the litigation. The following references to the offer were ordered to be struck out from the statement of defence under Rule 25.11(a) on the basis that they are irrelevant and may prejudice the fair trial of the action: the entirety of paragraph 21; the first sentence of paragraph 22; the first sentence of paragraph 23; and the heading between paragraphs 22 and 23.

The case is a short, helpful reminder that severance offers generally ought not to be referenced in wrongful dismissal cases, unless they are evidence of something else. As Justice Ryan Bell so aptly put it, “What constitutes reasonable notice will be an issue for the trial judge to determine.”

The takeaway for employees with labour pains is that you can decline a severance offer in favour of a case for wrongful dismissal without fear of looking unreasonable in the eyes of the court – at least until the case is decided and the issue of costs needs to be assessed. (On this issue see my post Ontario Small Claims Court Judge Awards $8,000 in Costs Against Unsuccessful Wrongful Dismissal Claimant.)

Similarly, the advice to employers is to not be afraid to make reasonable offers to settle. The employee will not be able to tell the judge for how much you offered to settle, meaning that if you wish to advance the position that the employee is not owed anything more than what has been paid, you can do so.