“Retiring Allowances” and the Taxation of Wrongful Dismissal Damages 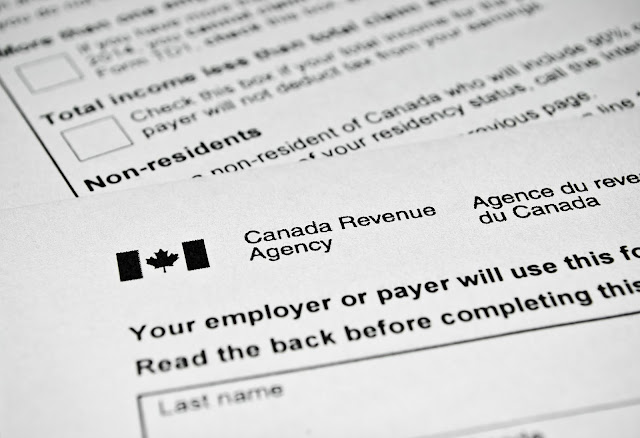 Lawyers are often loathe to guarantee anything. However, it is said that two things in life are guaranteed: death and taxes.

This “guarantee” raises an important issue for the settlement of any wrongful dismissal case, the taxation of wrongful dismissal damages. While employers and employees can and often will agree to a favourable characterization of such damages, as the case of Ferhman v Goodlife Fitness Centres, Inc., 2017 ONSC 4348 (CanLII) demonstrates, sometimes that is not done and employees can end up receiving a lot less money – net of taxation – than they anticipated.

Ferhman concerned a motion to enforce a settlement reached at mediation. The actual terms of settlement were as follows:

With respect to the payments of $25,000 and $5,000, on January 6, 2017, the defendant made a direct deposit payment to the plaintiff in the net amount of $13,384.88. The defendant treated both amounts as employment income and made the following deductions:

The plaintiff took issue with such deductions, likely because he had not anticipated paying more than half of his settlement to CRA. Note that the damages characterized as “general damages” were not subject to taxation at all.

The Honourable Justice Lise G. Favreau of the Ontario Superior Court of Justice wrote the following in her reasons for decision, finding that the employer had done nothing wrong:

"retiring allowance" means an amount (other than a superannuation or pension benefit, an amount received as a consequence of the death of an employee or a benefit described in subparagraph 6(1)(a)(iv)) received

[9] After the plaintiff raised the issue of the deductions made to the $25,000 payment, the defendant wrote to the Income Tax Rulings Directorate of the Canada Revenue Agency (the "CRA") to seek an opinion as to whether the $25,000 should have been treated as a retiring allowance and what statutory deductions were appropriate on that amount.

[10] The CRA responded to the defendant by phone and in writing. As part of its response, the CRA indicated that it would not make a formal ruling because it only issues advance rulings on applicable deductions in respect of settlements that have not yet been signed. However, the CRA did indicate that if the plaintiff disagreed with his T4, he would have the option of filing a Notice of Objection with his 2017 Notice of Assessment after which the CRA could make a final decision on the proper deductions at that point. The CRA also provided the defendant with a number of prior rulings on similar issues. This information was shared with the plaintiff soon after it was received.

[11] On this motion, the plaintiff asserts that the payment of $25,000 should have been treated as a retiring allowance, and that the plaintiff made improper deductions from that amount. The plaintiff asserts in his affidavit that it was his understanding that because he would be receiving a lump sum payment in lieu of wages, that that amount would be taxed at 30%. One of the plaintiff's lawyers who attended the mediation also swore an affidavit in which he indicated that it was also his understanding that the payment of a lump sum in lieu of wages was to be taxed at a rate of 30% and that this had been discussed with the plaintiff in the presence of the mediator. However, he has not provided any evidence of direct discussions between counsel for the parties confirming that the $25,000 was to be treated as a retiring allowance.

[12] In contrast, the respondent takes the position that the language of the minutes of settlement makes clear that the $25,000 was to be treated as employment income and that deductions were to be made on that basis. In an affidavit filed by counsel for the respondent who attended on the mediation, she indicates that in the normal course, if it was the intention of the parties to treat settlement amounts as a retiring allowance, she would have indicated so in the minutes of settlement. She also states that she did not have any discussions with the plaintiff's counsel or the mediator about treating the $25,000 as a retiring allowance.

[13] The amount at issue as calculated by the plaintiff is $6,345.38, which the plaintiff says should have been paid to him when the settlement was paid out in January 2017 rather than being deducted and remitted to the CRA.

[14] Notably, both parties seem to agree that the issues between them have limited long term financial consequences. From the plaintiff's perspective, he can seek to recover the amounts from the CRA when he files his 2017 taxes. From the defendant's perspective, whether the amount at issue is paid to the CRA or to the plaintiff does not affect the defendant's overall financial obligations under the settlement agreement. Under the circumstances, I encouraged counsel for the parties to find a resolution but unfortunately they were unable to do so.

[18] I have concluded that my jurisdiction to decide the issue between the parties is limited. At its core, the dispute between the parties is whether the $25,000 payment should be treated as employment income or as a retiring allowance. While parties can agree up front on their intention in this regard, it is ultimately up to the CRA and, if necessary, the Tax Court to make a determination on this issue. Section 12 of the Tax Court of Canada Act, R.S.C. 1985, c. T-2 gives original and exclusive jurisdiction to the Tax Court to determine taxation issues under the Income Tax Act.

[19] Therefore, my limited jurisdiction on this motion is to decide whether the parties reached an agreement on how the $25,000 was to be taxed, and, if not, whether the taxation issue is an essential term of the agreement sufficient to vitiate the agreement.

[20] It is my view that the parties reached agreement on the essential terms of the settlement. They agreed on the amounts to be paid and the timing of payments. They also agreed that Goodlife would make the "necessary deductions" to the payments. While it would have been preferable for them to have a common understanding of what the "necessary deductions" were, on a reading of the words used in the agreement, it was up to the defendant to make the deductions it viewed as necessary. More importantly, it is ultimately up to the CRA to decide whether the payment is in fact a retiring allowance and to determine the deductions to be made from the payment.

[28] It is therefore evident that how a payment is to be characterized depends on the facts of each case, and it is ultimately up to the CRA and the Tax Court to make a final determination on the issue.

[29] This does not preclude the parties to an agreement to agree up front on how they intend to the payment to be characterized, but such an agreement is not determinative as it is ultimately up to the CRA to decide whether the characterization is appropriate in the circumstances. In this case, the parties used the words "payable as wages and subject to all necessary statutory deductions". Based on the objective meaning of those words and in the absence of any evidence that the parties had otherwise explicitly agreed that the amount was to be treated as a retiring allowance, there is no ambiguity in the words used by the parties and it was reasonable for the defendant to treat the $25,000 as employment income and to make the deductions it did. Accordingly, I see no reason to find that the parties did not have a binding agreement or that the defendant did not meet its obligations under the settlement agreement.

[30] Having found that the parties reached an agreement to settle, I also find that this is not a case in which there is any reason to refuse to enforce the agreement. In considering whether a settlement should be enforced, the courts have regard to the equities of the situation based on the evidence put forward on the motion: Draper v. Sisson, [1996] O.J. No. 3654 (Ont. Ct (Gen. Div.)) In this case, refusing to enforce the contract would ultimately be detrimental to both parties. It would unravel an agreement that has already been implemented requiring the plaintiff to reimburse moneys he has already received from the defendant in circumstances in which it is still open for him to seek to recover the amount at issue from the CRA.

[32] As a follow up to my note above about the limited financial consequences of this issue, I note again that it is unfortunate that this motion ever had to be brought. While the defendant is successful on the motion, given the circumstances I agree with the defendant's suggestion that there be no costs of the motion.

In case you missed that, nothing more happened. If the plaintiff thinks he overpaid taxes, he can take it up with CRA.

I echo Justice Favreau’s comments about the need for such a motion. I am not sure what anyone thought they were going to gain from such a motion, other than, perhaps, public attention to the settlement reached.

Second, I also agree with Justice Favreau that had the plaintiff wished to have the money characterized as a “retiring allowance”, he should have said so in the Minutes of Settlement.

Finally, while Justice Favreau is obviously correct that the ultimate decision as to how much tax ought to have been deducted and paid by Mr. Ferhman is up to CRA, a small change in the wording of the Minutes of Settlement could have put an additional $6,345.38 into his jeans a lot quicker and easier.

The takeaway for employees with labour pains is that it is important to focus not just on the gross settlement figures, but the net figures as well. A small change in what the money is called can result in a huge change in how much money is actually received.

Where I respectfully disagree with Justice Favreau is with her comment that, “From the defendant's perspective, whether the amount at issue is paid to the CRA or to the plaintiff does not affect the defendant's overall financial obligations under the settlement agreement.” Actually, the characterization did matter to the employer. In addition to making deductions from the plaintiff’s monies for EI and CPP contributions, the employer would have its own EI and CPP obligations as well. While the actual amount probably was not that great, the employer could have saved some money.