Brave New World: ONCA Says that in Asset Transaction, an Offer of Employment is Sufficient Consideration for Material Changes 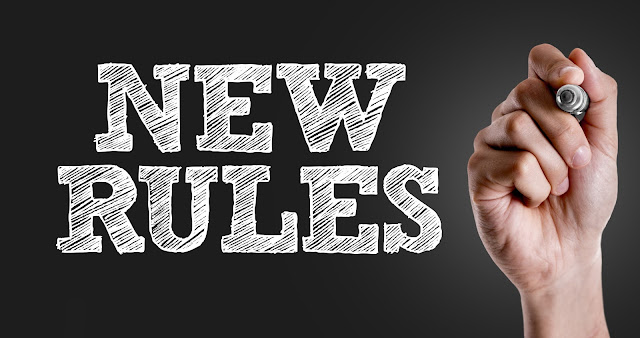 In an asset-sale transaction, if the purchaser offers to employ an employee of the vendor, can the purchaser vary some (or all) of the fundamental terms of the employee’s employment contract and rely on the offer itself as sufficient legal consideration for such changes?

In the case of Krishnamoorthy v. Olympus Canada Inc., 2017 ONCA 873, Ontario’s top court ruled that it can.

The case came before the Court of Appeal from an unreported decision of Justice Grant R. Dow of the Superior Court of Justice, dated September 28, 2016.

The issue on appeal, as framed by the court, was a narrow one: Did Justice Dow err in concluding that the termination clause in the parties’ employment agreement was unenforceable due to a lack of consideration?

The following were the facts referenced by the Court of Appeal in reaching its decision:

In finding that the motion judge erred in concluding that there was no consideration for the termination clause and that therefore the clause was invalid, the Honourable Justice Sarah E. Pepall wrote the following on behalf of the Court of Appeal:

At common law, since a contract of personal services cannot be assigned to a new employer without the consent of the parties, the sale of a business, if it results in the change of the legal identity of the employer, constitutes a constructive termination of the employment.

If the employee is offered and accepts employment by his new employer, a new contract of employment is entered into.

[24] Applying those principles in this case, Mr. Krishnamoorthy’s employment with Carsen was terminated and he entered into a new contract with Olympus Canada upon the sale of the business. At issue is whether there was consideration for that new contract.

[26] However, that is not this case. Hobbs and Francis both involved employment with a single employer and not two different employers as is the case here. The motion judge erred in disregarding the new contract of employment with Olympus Canada, who was a new employer upon its purchase of some of Carsen’s assets. That Mr. Krishnamoorthy’s day-to-day job did not materially change after the sale does not change that fact.

[28] In Addison, this court interpreted the substantially similar language of s. 13(2) of the predecessor Act:

[29] Dubin J.A. acknowledged in Addison, at p. 604, that this predecessor provision “was enacted to avoid, to some extent, … unfairness” to employees when the employer sells the business. However, he rejected the argument that s. 13(2) deemed there to be continuity of employment for all purposes.

[30] Similarly in this case, if the purpose of s. 9(1) of the ESA had been to deem there to be continuity of employment for all purposes, there would have been no reason to include the words “for the purposes of this Act” in the section. These words make clear that s. 9(1) cannot be used to claim rights or entitlements on which the ESA is silent.

[31] Section 9(1) of the ESA does not deem the employment contract between an employee and an employer to bind a subsequent purchaser of some of that employer’s assets as was the case here. Nor does s. 9(1) of the ESA require the purchaser of a business’ assets to offer employment to employees of that business on the same terms as their original contracts as claimed by Mr. Krishnamoorthy. He cannot rely on s. 9(1) to achieve either of these effects. He can only rely on s. 9(1) to claim those entitlements that are set out in the ESA itself.

Viewed in the context of the entire statute, in our view, the purpose of s. 9 of the ESA is to protect minimum statutory entitlements that are related to length of employment where the purchaser of a business, or part of a business, continues to employ the employees of the vendor following the sale. Such entitlements include: vacation entitlements, entitlements to pregnancy and parental leaves, as well as entitlement to notice of termination or pay in lieu of notice and severance pay. [Emphasis added by Pepall J.A.]

[33] Thus, on my reading, Mr. Krishnamoorthy cannot rely on s. 9(1) of the ESA to support his argument that Olympus Canada’s offer of employment did not amount to consideration.

[34] In short, Olympus Canada’s offer of employment amounted to consideration for the termination clause. The motion judge erred in concluding otherwise.

In response to Mr. Krishnamoorthy’s arguments that the termination clause contained within the employment was nonetheless unenforceable, the court found that it did not have the benefit of any factual findings beyond those relating to the narrow issue addressed by the motion judge. It therefore ordered that the action proceed to a trial of the remaining issues in dispute between the parties.

I have looked at the issue of continuity of employment in a number of other posts, including:

In one of my earlier posts, I took the position that simple continuation of employment is not sufficient consideration for a new employment agreement. That position, while demonstrably correct, fails to account for the facts in the Krishnamoorthy case.

In this case, as I have commented with respect to others, had Mr. Krishnamoorthy disapproved of the terms of employment offered to him by Olympus Canada, his remedy was to decline such offer and seek recompense from Carsen. On this point see my post: What Happens in a Buy/Sell Deal if One of the Vendor’s Employees Refuses to Accept the Purchaser’s Offer of Employment? --