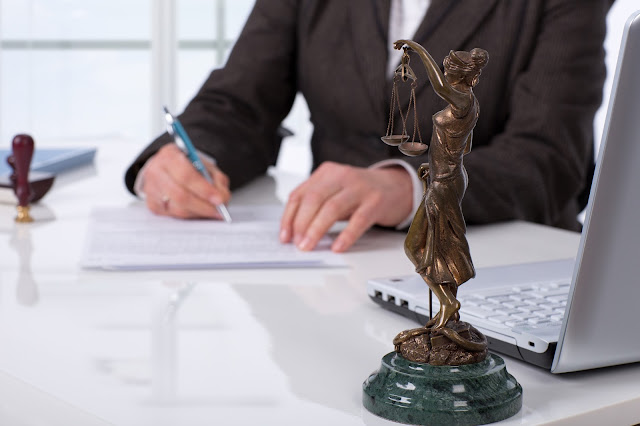 Does an employer’s undertaking to “comply with its obligations under the employment standards legislation” displace the common law presumption of termination only upon the provision of reasonable notice?

In a decision released October 20, 2017, Nogueira v Second Cup, 2017 ONSC 6315 (CanLII), the Honourable Justice Edward M. Morgan of the Ontario Superior Court of Justice ruled that it did not.

Such decision is yet another in the long series of decisions to consider what it takes to contract out of such entitlement and, for the reasons that follow, it leaves this employment lawyer saying: ¯\_(ツ)_/¯

As is common with such cases, the matter was resolved by way of competing motions for summary judgment.

The plaintiff employee was employed by the defendant from February 16, 2016 to November 29, 2016, a period of just over nine months. She was a 47-year old manager and was the senior person in a three-person marketing group, earning $125,000 per year.

The plaintiff claimed damages at common law for a reasonable notice period of 5 months, while the defendant/employer took the position that she was contractually entitled to only one week’s pay at termination, which she had received.

If the Second Cup terminates your employment, it will comply with its obligations under the employment standards legislation in the province in which you work (the ‘Employment Standards Act’).

In resolving that the contractual termination provision was not dispositive of the employee’s rights on termination, Justice Morgan reasoned as follows:

[4] It is, of course, a long established principal of common law that “a contract of employment for an indefinite period is terminable only if reasonable notice is given”: Machtinger v. HOJ Industries Ltd., [1992] 1 SCR 986, 997. On the other hand, the principle is a “presumption, rebuttable if the contract of employment clearly specifies some other period of notice, whether expressly or impliedly”: Ibid., at 998.

[5] Clause 13 of the Employment Agreement is capable of two constructions, reflected in the respective positions of the Plaintiff and the Defendant.

[6] The Plaintiff understands this clause as a confirmation of what is obvious – that the employer will comply with a relevant law. Since the employer operates nationally, it can also be understood as a confirmation that the law of the employee’s particular province of residence and employment will be applied. Citing the Court of Appeal in Wood v. Fred Deeley Imports Ltd., 2017 ONCA 158 (CanLII), at para. 29, counsel for the Plaintiff submits that, “Faced with a termination clause that could reasonably be interpreted in more than one way, courts should prefer the interpretation that gives the greater benefit to the employee.”

[7] On the other hand, the Defendant understands this clause as displacing any rights at common law that the Plaintiff may have had upon termination of employment. Since the clause makes no mention of the employee’s right to reasonable notice or pay in lieu thereof, it can be understood as confirmation that the statutory rights are the only rights that the employee will enjoy. Citing the Court of Appeal in Clarke v. Insight Components (Canada) Inc. 2008 ONCA 837 (CanLII), at para 4, counsel for the Defendant submits that, “…the clause clearly provides that the reasonable notice period to which the employee is entitled is ‘equal to the requirements of the applicable employment or labour standards legislation.’”

[8] The case can therefore be described in terms similar to those used by MacPherson J.A. in Ceccol v. Ontario Gymnastic Federation (2001), 197 DLR (4th) 633, at para. 1: “One interpretation would remove the common law entitlement to reasonable notice; the other would preserve it. One interpretation would result in a termination provision which the trial judge described as ‘especially stringent and onerous’; the other would provide an employee with notice which at common law, both parties accept, is reasonable.” The solution to the interpretive ambiguity can also be described in terms that parallel those used by MacPherson J.A.: “In my view, in each instance the second interpretation is preferable”: Ibid., at para. 1.

[9] Counsel for the Defendant analogizes clause 13 in the Employment Agreement with the termination provision at issue in the Machtinger case, where the Supreme Court of Canada found that the language of the contract effectively displaced any rights at common law. Iacobucci J. set out the relevant clause in Machtinger, as follows:

[10] It is evident that the clause in Machtinger is considerably more explanatory than that in the case at bar. In Machtinger, the employer went out of its way to advise the employee of what he would get (or, more accurately, what he would not get) upon termination. Likewise, in Roden v. Toronto Humane Society, 2005 CanLII 33578 (ON CA), the Court of Appeal found a termination clause displaced the common law where it provided that the employee would receive “the minimum amount of advance notice or payment in lieu thereof as required by the applicable employment standards legislation”. Along similar lines, in Farah v. EODC Inc., 2017 ONSC 3948, the contract provided that, “Upon termination, the Applicant would only be entitled to the statutory entitlements prescribed under the Employment Standards Act” [emphasis added by Morgan, J.].

[11] No such explanation or warning sign appears in clause 13 of the Employment Agreement here. Using the barest possible language, it says nothing more than that the employer will obey the statute. The new employee being asked to sign this contract could be forgiven for assuming that the clause is there to reassure her that none of her rights are being curtailed, when in fact the very opposite is true.

[12] It is evident that the Defendant, as employer, is responsible for drafting the Employment Agreement. It is addressed to the Plaintiff in the form of a letter agreement and refers to the employee as “you”. To the extent that an ambiguity exists in interpretation, the Employment Agreement should be interpreted contra proferentem against the employer as drafter. As Stinson J. stated in Singh v. Qualified Metal Fabricators Ltd. [2010] OJ No 4219, at para. 15, “I am not prepared to find that the Employment Agreement operated to nullify or detract from the implied common law requirement of reasonable notice of termination”…especially “having regard to the power imbalance that exists between an employer and employee as a matter of course.”

[13] In my view, the words of the Employment Agreement are ambiguous at best. They do not convey the meaning that the Defendant attaches to them, and I do not see them as curtailing in any way the common law principal of reasonable notice or pay in lieu thereof.

In a May 2014 article in the Awl, The Life and Times of ¯_(ツ)_/¯, author Kyle Chayka details the history of what is commonly referred to as “the shruggie” and goes on to explain:

¯_(ツ)_/¯ is fundamentally connected to the experience of being online, in part because it cannot be spoken, only acted or typed. “Well, it’s like, the default Internet feeling,” Shane Ferro, an editor at Reuters, told me. She uses it “while gchatting a lot for ‘there is outrage on the Internet, but I just can’t today.’” Amazon editor Kevin Nguyen has it saved in his phone under the shortcut “IDGAF,” “but I realize that I don’t really use it to mean ‘I don’t give a fuck,’” he said. “It represents a way to acknowledging that maybe we take ourselves too seriously on the Internet.” Writer Molly Osberg explained that ¯_(ツ)_/¯ is “the natural answer to spending too much time in Internet c a s c a d e.”

After reading the Nogueira decision I found myself feeling very “¯\_(ツ)_/¯”.

You see, I argued the Farah case, cited by Justice Morgan. And, when I did, I made arguments, which are similar to those used by Justice Morgan to strike down the termination clause in this case. In fact, if one looks at my factum in that case: Factum of the Applicant (17-71150), one will note that I argued, amongst other things:

53. Second, this court has held the phrase “entitlements prescribed in the Employment Standards Act, 2000” to be ambiguous, thereby failing to rebut the common law presumption of termination only upon the provision of reasonable notice. [Citation: Dwyer v. Advanis Inc., 2009 CanLII 23869 (ON SC) at para 36.]

54. The ambiguity stems from the wording of the Employment Standards Act, 2000, itself. In this case, the operative part of that statute, with respect to the provision of notice of termination, is paragraph 57(h) of the same, which provides as follows:

57. The notice of termination under section 54 shall be given…

(h) at least eight weeks before the termination, if the employee’s period of employment is eight years or more.

55. The words “at least” prescribe a minimum, but not a maximum entitlement.

56. The failure to prescribe a clear, maximum entitlement has been held to fail to rebut the common law presumption that the employee is entitled to reasonable notice of the termination of his employment. [Citation: Dodich v. Leisure Care Canada, 2006 BCSC 93 at para 11.]

57. Had the employer wished to provide that it could terminate the Applicant’s employment upon the provision of no more than the minimum entitlements prescribed in the Employment Standards Act, 2000, it could have said so…

For reasons given in June of this year, the Honourable Justice Stanley Kershman rejected such arguments. See Farah v EODC Inc., 2017 ONSC 3948 (CanLII).

At any time, following the conclusion of the Probationary Period, the Employer may terminate the Employee without just cause simply upon providing him/her with the entitlements prescribed in the Employment Standards Act, 2000 (“the Act”) or any amendments thereto.

Is this a distinction without a difference? ¯\_(ツ)_/¯ What I do know is that the court’s decision would have been better had it used the actual contractual language.

In my opinion, the two decisions cannot be reconciled. Moreover, it is my respectful submission that Justice Morgan’s reasoning is to be preferred over that of Justice Kershman. My reasons for that position are as articulated in the factum linked above.