Court of Appeal Confirms that Silence is Golden 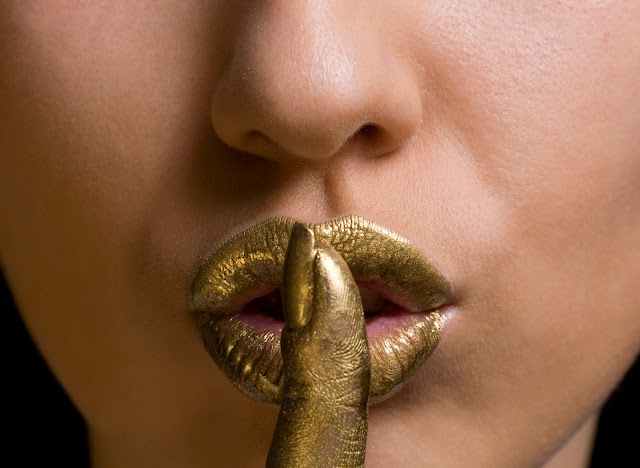 Silence is golden. According to that proverbial saying it is sometimes better to say nothing than to speak.

So what does this ancient saying, and 1964 The Four Seasons’ B-side, have to do with employment law? In short, in Nemeth v. Hatch Ltd., 2018 ONCA 7 (CanLII), the the Court of Appeal for Ontario essentially said as much when it comes to termination clauses.

So, once again, we’re looking at a contractual termination clause and whether it rebuts the common-law presumption that one’s employment may only be terminated upon the provision of reasonable notice.

The termination clause in issue read as follows:

The Company’s policy with respect to termination is that employment may be terminated by either party with notice in writing. The notice period shall amount to one week per year of service with a minimum of four weeks or the notice required by the applicable labour legislation.

The question was whether that clause was determinative of the dismissed employee’s entitlements on termination. The employee had argued that it was not binding because it purported to contract out of his statutory entitlement to severance pay by the absence of any reference to this entitlement.

In a rather remarkable, but illuminating decision, the Honourable Justice Lois B. Roberts held that the clause was binding, in short, because silence is golden. Her reasons for decision read as follows:

53 In Roden, the termination clause in issue stated that the employer, The Toronto Humane Society, could terminate the employment of the plaintiff Roden "upon providing the Employee with the minimum amount of advance notice or payment in lieu thereof as required by the applicable employment standards legislation": see para. 55. Roden made the same argument as Wood: the termination clause contravened the ESA and was void because it failed to include The Toronto Humane Society's obligation to continue its contributions to Roden's benefit plans during the notice period.

54 Gillese J.A., writing for the panel, rejected this argument. In her view, the termination clause was simply silent about The Toronto Humane Society's obligation to continue to contribute to Roden's benefit plans. The clause did not contract out of an employment standard and thus was not void. She wrote, at para. 62:

The without cause provisions in question are of precisely the type that Iacobucci J. says are valid: they referentially incorporate the minimum notice period set out in the Act. The without cause provisions do not attempt to provide something less than the legislated minimum standards; rather, they expressly require the Society to comply with those standards. As I have said, in my view, the provisions do not purport to limit the Society's obligations to payment of such amounts. That is, they do not attempt to contract out of the requirement to make benefit plan contributions. Because the contracts are silent about the Society's obligations in respect of benefit plan contributions, the Society was obliged to – and did – comply with the requirements of the Act in that regard.

55 The difference between Roden and this case lies in the wording of each termination clause. In Roden, the clause dealt only with The Toronto Humane Society's obligation to give the notice of termination, as required by the ESA, or to pay Roden a lump sum for the notice period. It did not exclude The Toronto Humane Society's additional obligation to continue to contribute to Roden's benefit plans during the notice period. It said nothing about that obligation.

[17] As a result, I am of the view that the termination clause in this case does not provide less than the minimum severance obligations under the ESA, and is not void pursuant to s. 5(1).

Nonetheless, Justice Roberts held that the dismissed employee was entitled to one week of notice for every year of service, not just his minimum statutory entitlement and increased the damages award.

When I wrote about the issue of silence being golden in the Wood case, I wrote this:

With respect to Roden, I have often said what Justice Laskin said, one way to potentially ‘save’ an otherwise illegal termination provision is to omit the inclusion of Porky Pig’s oft-cited refrain, ‘that’s all, folks.’ With respect to Justice Gillese’s logic that one can infer that an employer will maintain benefits where a contract is wholly silent on the issue, I cannot help but recall what my friend and fellow employment lawyer Melissa Seal said with respect to the Oudin decision:

I have always been troubled by the seeming expansion of Stevens. My initial reading of that case made some sense to me- the problem was not that the employer left out a reference to benefits. The problem was that the employer placed a limit on entitlements and then said, effectively, "and that's it- you get NOTHING else." [my paraphrase, my emphasis]

Such a limitation is clearly contrary to the ESA on its face.

I have been troubled to see the courts wade in and knock out contracts that have notice limits and simply don't MENTION other things like benefits, severance, or accrued vacation/wages. This always seemed to me like it was going one step beyond what the courts are supposed to be doing: interpreting contracts in accordance with the parties' intentions.

Frankly, now that we are in the age where the courts must assume a duty of good faith in bargaining, I would think that this strengthens the notion that any ambiguity should be resolved in favour of an interpretation that is in accordance with the law (i.e., in good faith), rather than one that is contrary to it. [Emphasis now that of Sean Bawden.]

Where one party has drafted a contract- the terms of which are in clear breach of a statute- by all means, the court should drive a truck through the offending provision. Where, however, there is a contract which is silent on a particular point, and the interpretation of that point can either mean that the contract complies with the law or not, I think it is going too far for the courts to say that it should be struck out as void- at least not without some parol evidence that the parties actually intended the illegal interpretation.

Silence should not be a shortcut to conclusion of illegality without something more.

My own two cents, and worth both (now extinct) pennies.

Is silence golden? It’s not - but it’s better than trying to limit the employee’s entitlements to an illegal amount.

Maybe silence is golden. Certainly that is how I started this post. I guess if we learn anything from Nemeth it’s that Roden is still alive and kicking, and that silence on the issue of severance is not fatal, so long as the contract is silent on the issue and does not contain what should now be referred to as the “Porky Pig Provision.”