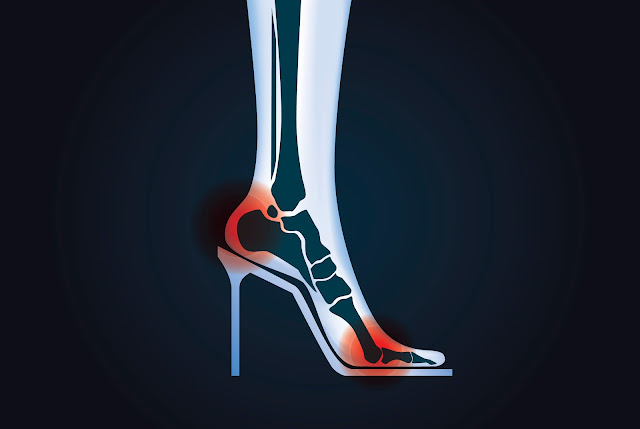 Can an employer force an employee to wear a shoe with an elevated heel – aka “high heels” – if wearing such shoes is not required for the worker to perform his or her work safely?

This blog previously looked at the issue of high heels in the post Is a legal ban on requiring high heeled shoes in the workplace inevitable?. In that posted, authored in March of 2017, I wrote the following:

On March 8, 2017, Dr. Andrew Weaver, Member of the Legislative Assembly of British Columbia for Oak Bay-Gordon Head (Green) introduced a Private Member’s Bill, Bill M237 - Workers Compensation Amendment Act, 2017. As the explanatory note to the bill explained, that bill would have amended the BC Workers Compensation Act, RSBC 1996, c. 492, by prohibiting employers from setting varying footwear requirements for their employees based on gender, gender expression or gender identity. Consequently, the law (if it had passed) would have made employers unable to require select employees to wear high heels.

When I went looking for cases on CanLII concerning high heels and dress codes, I was surprised to see that I could not find a human rights case directly on point. Sure, some come close, but nothing close enough to merit a post on its own; hence this post.

Bill 148 has received a lot of attention, and with good reason, for its changes to the Employment Standards Act, 2000. However, in addition to amending that statute, Bill 148 also amended the Occupational Health and Safety Act.

25.1 (1) An employer shall not require a worker to wear footwear with an elevated heel unless it is required for the worker to perform his or her work safely.

Subsection 25.1(2) provides an exception, however, by confirming that subection 25.1(1) does not apply with respect to an employer of a worker who works as a performer in the “entertainment and advertising industry”.

Subection 25.1(3) provides a definition of the “entertainment and advertising industry” as follows:

“entertainment and advertising industry” means the industry of producing,

(a) live or broadcast performances, or

(b) visual, audio or audio-visual recordings of performances, in any medium or format;

The word “performance” is also a defined term, defined to mean “a performance of any kind, including theatre, dance, ice skating, comedy, musical productions, variety, circus, concerts, opera, modelling and voice-overs, and “performer” has a corresponding meaning.

First, why on earth would persons engaged in “voice-overs” be required to wear high heels? Ditto anyone engaged in an audio recording. If no one is going to see these people, who cares what they are wearing? The mind boggles.

Second, and without being too crass, clearly the government recognizes that there is a profession in which the wearing of high-heel shoes is a bona finds operational requirement. How “adult” of them.

Finally, why are we including “modelling” in the “advertising” industry as an exemption from the application of this law? If anyone can think of an example of anything other than a woman standing beside a car to which this would apply, please add it in the comments, because this is all I can see:


And once again, let’s be honest here, no advertiser is asking a man to stand beside an automobile for 10 hours in a six-inch pump. (Again, feel free to correct me if I am wrong.)

And so, and without being too punny, while this change to the law is clearly one step forward, it is also only one step, leaving workers, to whom this law ought to have applied, still-etto waiting for change.