Workplace Harassment “Arises From” but does not “Relate To” Employment 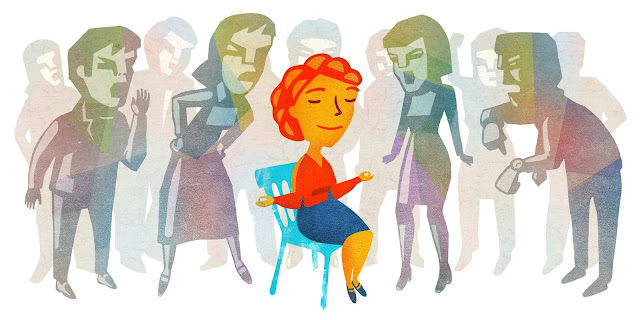 Does workplace harassment simply “arise from and in the course of” an employee’s employment, or does it actually “relate to” that employment?

That question, as incredibly pedantic as it may appear, was of material consequence to a decision of the Ontario Grievance Settlement Board issued January 23, 2018: OPSEU and Ontario (Ministry of Community Safety and Correctional Services) (Rosati), Re, 2018 CarswellOnt 1017.

In short, the answer to that question drove the analysis as to whether a claim for workplace harassment was compensable pursuant to the newly revised provisions of the Workplace Safety and Insurance Act, 1997.

The case concerned a number of grievances filed by the union (OPSEU) against the employer, the Ontario Ministry of Community Safety and Correctional Services. The grievances alleged discrimination and harassment on the part of the employer. They asserted that the grievor experienced various medical symptoms as a result of the stress caused by the employer's actions, ultimately forcing her to take time off work. The grievances sought, among other things, compensation for lost time and medical expenses incurred.

The employer argued that an arbitrator has no jurisdiction to grant those remedies, even if the particulars which the union has provided are all treated as true and in so doing relied upon the decision of the Grievance Settlement Board in Ontario (Ministry of Community Safety and Correctional Services) v. OPSEU, [2010] O.G.S.B.A. No. 119 [the “Monk” decision]. In that case, Arbitrator Gray held:

[110] I find that this Board cannot award a grievor damages "for or by reason of an accident happening to the worker or an occupational disease contracted by the worker while in the employment of the employer" if the alleged accident or disease is or was compensable under the WCA or WSIA, whichever applies.

[111] In determining whether this restriction applies to any particular one of the grievances that allege adverse health effects resulted from exposure to second hand smoke, the question is not whether a claim for compensation was made and granted under the pertinent statute in respect of the injury or illness alleged in the grievance. The proper question is whether an injury or illness of the sort alleged by the grievor would be or would have been compensable under the applicable statute if proven. If that question has been answered in proceedings under the WCA/WSIA, then that answer governs. If that question has not been answered in proceedings under the WCA/WSIA, either because no claim for compensation has been made with respect to the alleged injury or illness or because such a claim was refused for reasons from which it is not apparent whether the tribunal considered an injury or illness of the sort alleged to be compensable in nature, then in any case in which the parties cannot agree on the answer I will have to determine the question myself, as arbitrator Sim did in the University of Saskatchewan matter, subject to any contrary ruling that the union or grievor may be able to obtain in proceedings under the WCA/WSIA.

After finding that there was no WSIAT decision dispositive of the issue, Board Member Ian Anderson had to resolve whether the damages claimed were of the sort that would be compensable under if the Workplace Safety and Insurance Act, 1997 if proven.

In finding that the damages were of such nature, Member Anderson reasoned as follows:

[8] This brings me to counsel for the Union's second argument. Counsel emphasizes certain words in new section 13(5):

[9] Counsel argues the majority of the events which gave rise to the Grievor's stress were actions of the Employer. Thus counsel argues her claim under the WSIA would be barred on this basis.

[12] In my view, the facts plead by the Grievor, if proved, would constitute a disability caused by chronic mental stress arising in and out of the course of her employment. As such, it is a compensable disability under new section 13(4) of the WSIA if the date of that mental stress is on or after April 29, 2014.

In the result, Member Anderson found that Monk applied to the case before him and that the claims for compensation for lost time and medical expenses incurred must be struck.

First, this case is important because it addresses some of the questions and issues that I raised in my post Workers Now Eligible for WSIB Benefits for Chronic Mental Stress and Workplace Harassment. In that post I argued that employees can likely no longer claim tort damages for the tort of harassment.

Second, I confess to having my head spin a little at the words, “Harassment and discrimination may arise from and in the course of a worker's employment, but they do not relate to that employment.” As I read the decision, Member Anderson was ascribing a defined meaning to the words “relating to” as those words appear in subsection 13(5) of WSIA. To that end, the interpretation of what it means for an action to “relate to” employment may be very important.