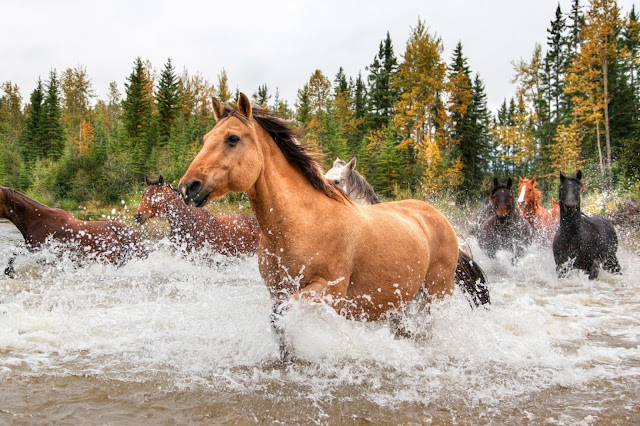 In the 1997 movie “Wag the Dog” the spin doctors hired to get the President re-elected release an ad campaign with the slogan “Never change horses in mid-stream.” That idiom serves as a powerful and important reminder for employers that might seek to change the terms of an employee’s employment during a period of so-called “working notice.”

The facts of the case as set out by the Court of Appeal are simple and straightforward. On July 24, 2007, the employee, Nufrio, received notice of fundamental changes to his employment contract with his employer, Allstate. He was given working notice up to September 1, 2009.

Nufrio accepted the working notice. In fact, he indicated that he intended to retire from his employment with Allstate at the end of the notice period.

However, in October 2008, Allstate sought to impose immediate changes to the employment relationship by requiring Nufrio to close his neighbourhood office and move to an office operated by Allstate by November 1, 2008. These agreements were referred to as, the Allstate Agent Compensation Agreement (the “830 agreement”) and the Neighbourhood Office Agent Amendment (the “NOA”). Nufrio refused, insisting on operating under the previous agreements during the notice period.

Nufrio’s refusal led to his termination for cause on November 6, 2008.

The trial judge, the Honourable Justice Andra Pollak of the Superior Court of Justice, found that Nufrio was properly terminated for cause on November 6, 2008. In her view, Allstate had the right to impose the new terms of employment, since Nufrio had been given reasonable notice of the changes.

In reversing Justice Pollak’s decision, the Court of Appeal for Ontario (Rouleau, Benotto and Roberts JJ.A.) held as follows:

[6] In this court, [Allstate] maintain that the 830 agreement entitled them to require closure of [Nufrio]’s office and his relocation to the Allstate operated office.

[7] For his part, [Nufrio] asserts that the NOA, which amended the 830 agreement, precluded [Allstate] from insisting on his relocation.

[8] We agree with [Nufrio]’s submissions. The proposed relocation was more than a geographic relocation of [Nufrio]’s office; rather, it was a fundamental change to the business model that had been agreed to under the NOA.

[11] Further, it is clear from a plain reading of the 830 agreement that any compensation interest [Nufrio] had in renewed insurance policies ended with the termination of his employment, despite his argument to the contrary.

[12] Accordingly, the appeal is allowed in part. Costs to [Nufrio] fixed at $7,500 for the appeal and $60,000 for the trial, both are inclusive of disbursements and applicable taxes.

First, I should point out and confirm that I have essentially reproduced the whole of the decision. As I said, it was short.

Second, my comment about not changing horses mid-stream is underlined by the court’s comment that the contract amendment precluded Allstate from unilaterally imposing the changes during the period of working notice.

What I found peculiar, however, is that there is not a lick of law in this decision. Not a case, not a statute, nothing. Maybe the same was not required given the facts, but it might have been helpful.

For example, it might have been helpful had the court made reference to section 60, (especially paragraph 1(a)) of the Ontario Employment Standards Act, 2000, which provides as follows:

(b) shall in each week pay the employee the wages the employee is entitled to receive, which in no case shall be less than his or her regular wages for a regular work week; and

(c) shall continue to make whatever benefit plan contributions would be required to be made in order to maintain the employee’s benefits under the plan until the end of the notice period.

While the preceding paragraph imposes a statutory limitation during the statutory notice period, i.e. “a notice period under section 57 or 58”, what the decision in Nufrio appears to signal is that employers may not “alter any other term or condition of employment” during any period of reasonable notice either.