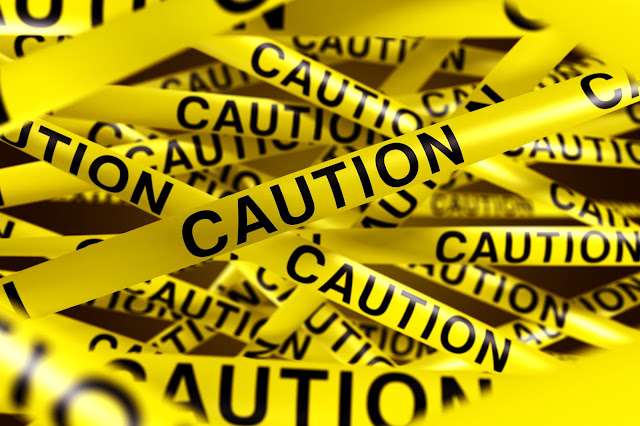 Must an employer provide its employees with a clear warning that it intends to provide no more than the minimum amount of notice prescribed by the Employment Standards Act, 2000 in order to create a legally binding employment contract?

Does the failure to provide a clear warning to an employee that her employment may be terminated upon the provision of no more than the minimum amount of notice prescribed by the Employment Standards Act, 2000 create an ambiguity voiding the contractual termination provision?

In a decision of the Ontario Superior Court of Justice sitting at Ottawa, released February 6, 2018, Bergeron v. Movati Athletic (Group) Inc., 2018 ONSC 885, the Honourable Justice Michelle O’Bonsawin said that the answer to those questions is “yes.”

Ms. Bergeron managed ninety full-time and part-time employees. At the time of her termination of employment, she received an annual base salary of $90,000, three weeks of paid vacation, an annual incentive bonus of up to 20% of her base salary with a maximum value of $18,000 and group benefits including medical, dental and life insurance.

When Ms. Bergeron accepted Movati's offer of employment, she signed a written employment agreement, which contained the following termination clause:

Movati Athletic Inc. may terminate your employment without cause at any time during the term of your employment upon providing you with notice or pay in lieu of notice, and severance, if applicable, pursuant to the Employment Standards Act, 2000 and subject to the continuation of your group benefits coverage, if applicable, for the minimum period required by the Employment Standards Act, 2000, as amended from time to time.

On December 5, 2016, Ms. Bergeron met with Movati’s Area Director and the Human Resources Manager and was informed that her employment was terminated without cause effective immediately.

Following her termination of employment, Movati’s intention was to pay Ms. Bergeron two weeks of pay in lieu of notice as per the provisions of the Employment Standards Act, 2000 (“ESA”). However, Movati made an error and paid Ms. Bergeron for four weeks of pay in lieu of notice. She was also paid her outstanding vacation pay and maintained her group benefits coverage for two weeks. Movati did not seek the reimbursement of the two extra weeks paid in error.

Ms. Bergeron was able to secure alternate work as a Mortgage Representative on a contract basis on January 1, 2017. She did not seek further employment as of February 2017.

As has become a very popular theme in Ontario employment law and on this blog, the threshold issue in this case was whether the termination clause in Ms. Bergeron’s Employment Agreement was valid, enforceable and sufficient to rebut the presumption of reasonable notice at common law.

In resolving that the termination clause was invalid, Justice O’Bonsawin held as follows:

[13] In Wood v. Fred Deeley Imports Ltd., 2017 ONCA 158 (CanLII), 134 O.R. (3d) 481, the Court of Appeal very recently set out the principles that govern payment owed to an employee in Ontario whose employment is terminated without cause. …

Termination Without Cause: Delta may terminate your employment at any time on a without cause basis by providing you with written notice of termination or payment in lieu of that notice and severance pay, if applicable, mandated by the ESA.

In the event of without cause termination Delta will continue those benefits mandated by the ESA for the period required by the ESA, and you will be responsible for the replacement of such benefits thereafter.

If the Second Cup terminates your employment, it will comply with its obligations under the employment standards legislation in the province in which you work (the ‘Employment Standards Act’).

It is evident that the clause in Machtinger is considerably more explanatory than that in the case at bar. In Machtinger, the employer went out of its way to advise the employee of what he would get (or, more accurately, what he would not get) upon termination. Likewise, in Roden v. Toronto Humane Society, 2005 CanLII 33578 (ON CA), 2005 CanLII 33578, the Court of Appeal found a termination clause displaced the common law where it provided that the employee would receive “the minimum amount of advance notice or payment in lieu thereof as required by the applicable employment standards legislation”. Along similar lines, in Farah v. EODC Inc., 2017 ONSC 3948 (CanLII), the contract provided that, “Upon termination, the Applicant would only be entitled to the statutory entitlements prescribed under the Employment Standards Act” [emphasis added by Morgan J.] (para. 10).

[19] Lastly, the Court of Appeal stated in Nemeth v. Hatch Ltd., 2018 ONCA 7 (CanLII), 287 A.C.W.S. (3d) 291, that in cases where a termination clause displaces an employee’s rights to common law notice, “a high degree of clarity is required and any ambiguity will be resolved in favour of the employee and against the employer who drafted the termination clause in accordance with the principle of contra proferentem” (para. 12).

[20] While it may be true that Ms. Bergeron had hired and fired employees on behalf of Movati, she would not have been aware of the implication of the termination clause as it read in her Employment Agreement at the time of signature since at that time, she had less bargaining power than Movati. It is quite common that prospective employees are in a more vulnerable state when signing an employment contract.

[23] In the present case, in order for Movati to have been successful in its argument to exclude common law damages, it would have had to make the language more clear and have stated, for example:

Movati Athletic Inc. may terminate your employment without cause at any time during the term of your employment upon providing you with notice or pay in lieu of notice, and severance, if applicable, only pursuant to the Employment Standards Act, 2000 and subject to the continuation of your group benefits coverage, if applicable, only for the minimum period required by the Employment Standards Act, 2000, as amended from time to time.

[24] The use of the term “only” would clearly indicate to the prospective employee that she would only be entitled to a notice period as per the ESA.

Given that Mrs. Bergeron was found to be entitled to reasonable notice, the second question was that of quantum. In coming to her decision regarding the appropriate notice period to be provided by Movati to Ms. Bergeron, Justice O’Bonsawin took into consideration the Bardal factors, including the fact that Ms. Bergeron was 39 years old, has a Diploma in Hotel Management, was working in a middle to upper management position with Movati, was employed for a period of 16 months, was able to secure alternate work and mitigated her damages. Justice O’Bonsawin also considered the caselaw provided by the parties and concluded that the appropriate notice period in the present case was three months.

When Nogueira was released I blogged about that decision in my post Undertaking to Comply with the ESA does Not Displace Common Law Presumption of Reasonable Notice. My conclusion after reviewing the decision in that case: ¯\_(ツ)_/¯.

My reason for that emotive shrug was as follows:

You see, I argued the Farah case, cited by Justice Morgan. And, when I did, I made arguments, which are similar to those used by Justice Morgan to strike down the termination clause in this case. In fact, if one looks at my factum in that case: Factum of the Applicant (17-71150), one will note that I argued, amongst other things:

53. Second, this court has held the phrase “entitlements prescribed in the Employment Standards Act, 2000” to be ambiguous, thereby failing to rebut the common law presumption of termination only upon the provision of reasonable notice. [Citation: Dwyer v. Advanis Inc., 2009 CanLII 23869 (ON SC) at para 36.]

54. The ambiguity stems from the wording of the Employment Standards Act, 2000, itself. In this case, the operative part of that statute, with respect to the provision of notice of termination, is paragraph 57(h) of the same, which provides as follows:

57. The notice of termination under section 54 shall be given:

(h) at least eight weeks before the termination, if the employee’s period of employment is eight years or more.

55. The words “at least” prescribe a minimum, but not a maximum entitlement.

56. The failure to prescribe a clear, maximum entitlement has been held to fail to rebut the common law presumption that the employee is entitled to reasonable notice of the termination of his employment. [Citation: Dodich v. Leisure Care Canada, 2006 BCSC 93 at para 11.]

57. Had the employer wished to provide that it could terminate the Applicant’s employment upon the provision of no more than the minimum entitlements prescribed in the Employment Standards Act, 2000, it could have said so.

For reasons given in June of this year, the Honourable Justice Stanley Kershman rejected such arguments. See Farah v EODC Inc., 2017 ONSC 3948 (CanLII).

Is this a distinction without a difference? ¯\_(ツ)_/¯ What I do know is that the court’s decision would have been better had it used the actual contractual language.

In my opinion, the two decisions cannot be reconciled. Moreover, it is my respectful submission that Justice Morgan’s reasoning is to be preferred over that of Justice Kershman. My reasons for that position are as articulated in the factum linked above.

The next thing I find notable is Justice O’Bonsawin’s reliance on the Court of Appeal’s decision in Nemeth v. Hatch Ltd., given that court’s ultimate decision in that case. For my commentary on that decision see my post: Court of Appeal Confirms that Silence is Golden.

Do I think Justice O’Bonsawin’s approach is correct? Personally, I do. As I argued in my factum in the Farah case: Had the employer wished to provide that it could terminate the Applicant’s employment upon the provision of no more than the minimum entitlements prescribed in the Employment Standards Act, 2000, it could have said so. As Justice Low observed in the case of Wright v. The Young and Rubicam Group of Companies (Wunderman), 2011 ONSC 4720: There is, in my view, no particular difficulty in fashioning a termination clause that does not violate either the minimum standards imposed by the Employment Standards Act or the prohibition against waiving statutory minimum requirements and there is no compelling reason to uphold a termination clause which the draftsman may reasonably be understood to have known was not enforceable either at all or under certain circumstances.