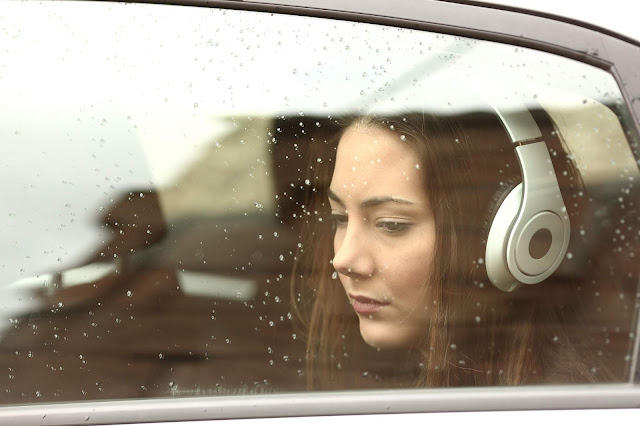 “Is a taxi company liable for a sexual assault allegedly committed by one of its drivers, absent any fault on its part?” That was the question that the Court of Appeal for Ontario answered in the case of Ivic v. Lakovic, 2017 ONCA 446.

The court’s answer, which affirmed an answer from the Ontario Superior Court, was “no”.

The case concerned a claim by a young woman who was at a party – intoxicated and feeling unwell. It was late in the evening and a friend called a taxi company. The company dispatched a taxi. The taxi company’s name was on the roof light and in large graphics on the taxi that arrived to drive the plaintiff/appellant. The plaintiff alleged that she was sexually assaulted in the taxi, by the driver of the taxi.

The plaintiff sued the driver and the owner and primary operator of the taxi for damages, the plaintiff also sued the taxi company, pleading that it was vicariously liable for the acts of the driver, was negligent, owed her a fiduciary duty and had breached that duty. She did not plead breach of contract.

On appeal, the plaintiff, now appellant, challenged the motion judge’s dismissal of her claim based on vicarious liability.

The Court of Appeal expressly noted that the taxi driver had no criminal record. There was no evidence that he had, or that the taxi company had any knowledge that he might have, a propensity for, or history of, sexual or other violence. On appeal, the plaintiff/appellant did not allege any direct fault on the part of the taxi company, and as such the appeal only considered whether the taxi company should be held liable for the alleged assault, in the absence of any fault on its part.

As stated at the outset of this post, the Court of Appeal upheld the decision to dismiss the case against the taxi company. Associate Chief Justice Alexandra Hoy authored the court’s reasons for decision, which were, in material part, as follows:

[8] Sometimes, an employer is held liable for a wrong committed by an employee in the absence of any negligence or other fault on the part of the employer. Such liability is referred to as “vicarious liability”.

[10] Most commonly, an employer is found vicariously liable for an employee’s acts when, in discharging his or her employment duties, the employee inadvertently causes loss or damage to an innocent third party. For example, the employer of a grocery-store worker who negligently left a mop on the floor of an aisle of the store would normally be found vicariously liable for the damage suffered by a customer who tripped over the mop, even if the employer were not itself negligent or otherwise at fault.

[11] The more difficult issue is when an employer should be found vicariously liable for an unauthorized, intentional wrong, such as a sexual assault, committed by the employee. The courts are reluctant to impose no-fault liability for abhorrent, intentional acts on the part of an employee such as sexual assault.

[17] In Bazley, [Bazley v. Curry, [1999] 2 S.C.R. 534] a non-profit organization that operated residential care facilities for the treatment of emotionally troubled children was held vicariously liable for the sexual abuse of children in its care by an employee.

[18] Before articulating the principles that should guide the court in deciding whether vicarious liability should be imposed for an employee’s unauthorized, intentional wrong, McLachlin J. (as she then was), writing for the court, explained the two major policy rationales for the imposition of vicarious liability, generally.

[19] The first is victim compensation. Vicarious liability improves the chances that the victim can recover from a solvent defendant. But effective compensation must also be fair: “…it is right and just that the person who creates a risk bear the loss when the risk ripens into harm”: para. 31.

[20] The second rationale is the deterrence of future harm. McLachlin J. explained, at para. 33, that “Beyond the narrow band of employer conduct that attracts direct liability in negligence lies a vast area where imaginative and efficient administration and supervision can reduce the risk that the employer has introduced into the community.”

[21] In a passage, at para. 36, that was key to the motion judge’s analysis, McLachlin J. cautioned:

[22] A “but-for” level of connection – that is, the mere providing of the bare opportunity for the employee to commit the wrong – is not a sufficient link: para. 40.

[23] At para. 41, McLachlin J. directed that in determining whether an employer is vicariously liable for an employee’s unauthorized, intentional wrong in cases where precedent is not conclusive, “the fundamental question is whether the wrongful act is sufficiently related to conduct authorized by the employer to justify the imposition of vicarious liability.”

[24] She provided a non-exhaustive list of factors that may be relevant in determining the sufficiency of the connection between an employer’s creation or enhancement of a risk and an intentional tort committed by an employee:

[25] At para. 42, McLachlin J. explained that where sexual abuse by an employee is alleged, “there must be a strong connection between what the employer was asking the employee to do (the risk created by the employer’s enterprise) and the wrongful act. It must be possible to say that the employer significantly increased the risk of the harm by putting the employee in his or her position and requiring him to perform the assigned tasks.”

[26] She cautioned that the test must “not be applied mechanically, but with a sensitive view to the policy considerations that justify the imposition of liability”: para. 46.

[27] In Bazley, there was a strong connection: the employee was required to care for the children physically, mentally and emotionally, doing everything a parent would, from general supervision to intimate duties like bathing and tucking in at bedtime. Therefore, the employer was held liable for the sexual abuse of the children.

[28] By way of contrast, “an incidental or random attack by an employee that merely happens to take place on the employer’s premises during working hours will scarcely justify holding the employer liable”: para. 42.

[33] The first factor is the opportunity the taxi company afforded the driver to abuse his power. As noted in Order of the Oblates of Mary Immaculate, at para. 48, this will often be a question of degree. In my view, the opportunity was not negligible. Intoxicated people, and their friends, place their trust in taxi drivers to take them home safely. A taxi driver has a form of power over a lone, intoxicated woman – the driver can determine where the taxi will go, and how quickly, and in so doing create opportunities for predatory conduct. But the degree of opportunity was, nonetheless, not as great as that of the child caregiver in Bazley. The driver’s opportunity for misconduct here was not as intimately connected to his functions, more akin to the groundskeeper in Jacobi, discussed in more detail below, where vicarious liability was not imposed.

[36] The final factor – the vulnerability of potential victims to the wrongful exercise of the employee’s powers – is arguably an important factor in this case. Late in the evening, a lone, intoxicated woman is vulnerable. Sadly, however, she is prey not only to taxi drivers. The power the driver allegedly wrongfully exercised was not predicated on his employment. Moreover, as Binnie J. wrote for the majority in Jacobi, “vulnerability does not itself provide the “strong link” between the enterprise and the sexual assault that imposition of no-fault liability would require” (para. 86).

[37] The test in Bazley must be applied with serious rigour: Jacobi, para. 30.

[38] In my view, it cannot be said that the taxi company significantly or “materially” (the word the Supreme Court instead uses in Jacobi, at para. 79) increased the risk of the appellant being sexually assaulted by permitting the driver to drive the taxi and requesting him to drive the appellant. I agree with the motion judge the requisite strong connection between what the taxi company was asking the driver to do (the risk created by the employer’s enterprise) and the alleged sexual assault was not present in this case. As the motion judge concluded, the alleged sexual assault may be characterized as only coincidentally linked to the activities of the taxi company.

[39] Further, the appellant has not demonstrated, in this case, that imposition of vicarious liability would further the broader policy rationales of fair compensation and deterrence used to justify it.

[40] The lack of an effective remedy for survivors of sexual assault is a matter of public concern. But fair compensation is not about ability to pay: it is not a “deep-pockets” rule. As McLachlin J. instructs in Bazley, imposing vicarious liability where the conduct giving rise to the claim is only coincidentally linked to the activities of the taxi company would not be “fair”.

[42] As to the nature of the conduct, in Jacobi, Binnie J. noted that society has already placed a high deterrence factor on sexual assault. He wrote, at para. 73, “[t]here may be little an employer can do in reality to deter such conduct in its employees if the possibility of ten years in jail is not sufficient.”

[43] In oral submissions, counsel for the appellant argued that if vicarious liability were imposed, taxi companies might require cameras in all taxis and cameras would deter taxi drivers from sexually assaulting passengers. Counsel for the taxi company counters that a camera would not deter a driver determined to sexually assault a passenger: he could disconnect the camera, cover its lens, or commit the assault after the passenger exited the taxi.

[45] Further, the nature of the liability that the appellant asks this court to impose on the taxi company is indirect, no-fault liability. The court should be cautious about imposing indirect, no-fault liability. Here, as noted, the appellant led no evidence as to negligence. As Binnie J. wrote at para. 74 of Jacobi, “There is much to be said for developing and refining the paths of potential direct liability against employers…”

In the result, the appeal was dismissed with costs of $6,000 awarded against the plaintiff/appellant.

The opening words to the decision of former Chief Justice McLachlan in Bazley capture the tension in cases such as these:

It is tragic but true that people working with the vulnerable sometimes abuse their positions and commit wrongs against the very people they are engaged to help. The abused person may later seek to recover damages for the wrong. But judgment against the wrongdoer may prove a hollow remedy. This raises the question of whether the organization that employed the offender should be held liable for the wrong. The law refers to such liability as “vicarious” liability. It is also known as “strict” or “no-fault” liability, because it is imposed in the absence of fault of the employer.

These cases are not easy. Consider the fact that the Supreme Court itself split its decisions in Bazley and Jacobi, which had similar facts and were released at the same time. The court was not unanimous in Jacobi either.