Unfettered Right to Terminate Contract Must be Exercised in Good Faith: ONCA 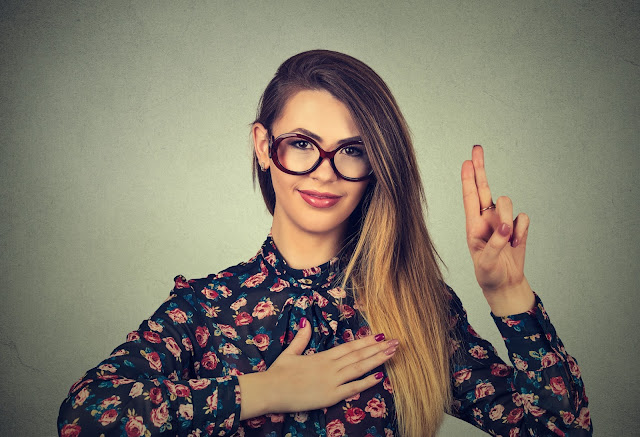 In the case of Mohamed v. Information Systems Architects Inc., 2018 ONCA 428, Ontario’s top court answered that question with a “yes” – the unfettered right must be exercised in good faith.

Information Systems Architects Inc., Information Systems Architects Inc. (“ISA”), engaged the Respondent, Mitchum Mohamed, to provide technological consulting services, as an independent contractor, under an Independent Consulting Agreement (“ICA”) for a six-month project that had an anticipated start date of November 2, 2015 and an anticipated end date of May 31, 2016.

The project was with Canadian Tire, whose agreement with Information Systems Architects Inc. included a term that ISA would not send any consultant who had a criminal record, except with Canadian Tire’s consent. After agreeing to work full-time under the ICA, Mr. Mohamed resigned from his permanent, full-time employment.

Although Mr. Mohamed asked ISA to consider him for other roles, ISA terminated Mr. Mohamed’s engagement on December 10, 2015, relying on para. 11.III of the Independent Consulting Agreement, which provided as follows:

This agreement and its Term shall terminate upon the earlier occurrence of:

I. ISA, at their sole discretion, determines the Consultant’s work quality to be substandard.

III. ISA determines it is in ISA’s best interest to replace the Consultant for any reason.

IV. Immediately, upon written notice from ISA, for any breach of this Agreement by the Consultant. [Emphasis added by Feldman J.A.]

Mr. Mohamed sued ISA for breach of contract, claiming six months’ remuneration, that is, the full amount that would have been paid had the contract been completed, on the basis that the ICA was a fixed-term contract where Mr. Mohamed had no duty to mitigate his damages. Both parties moved for summary judgment, where Mr. Mohamed asked the court to award damages for breach of contract, and ISA asked the court to dismiss the action.

The motion judge, the Honourable Justice Paul M. Perell of the Superior Court of Justice, awarded judgment to Mr. Mohamed in the full amount of $82,540.92 plus $25,000 in costs. He made the following findings:

Information Systems Architects Inc. appealed on the basis that Justice Perell made extricable errors of law in his approach to the interpretation of the contract, and that he erred in law in finding that the termination clause was void for vagueness and in concluding that Mr. Mohamed did not need to mitigate his damages or account for monies earned in mitigation.

The first question that the Court of Appeal sought to answer was “Did the motion judge err in his interpretation of the termination clause?” Writing on behalf of the Court of Appeal for Ontario, the Honourable Justice Kathryn N. Feldman said the following with respect to such question:

[9] In this case, the motion judge found at para. 39 that: “Read literally, it appears that under the termination provision, ISA has an unfettered right to terminate Mr. Mohamed’s contract.” However, the motion judge then went on to say that by adding the contra proferentem rule to the contractual interpretation analysis, and by considering the doctrine of good faith in the performance of contracts from Bhasin v. Hrynew, 2014 SCC 71 (CanLII), [2014] 3 S.C.R. 494, it was unclear whether the appellant could exercise its rights under the termination clause in an unfettered manner. He further found that the clause was vague and uncertain and therefore unenforceable, because it was illogical that the appellant would be required to give notice of termination if it was terminating the contract for breach, but not if it was terminating for one of the other reasons.

[10] The appellant submits that the motion judge erred in law by referring to the contra proferentem rule and the good faith performance obligation in interpreting the termination clause, after finding that its meaning was clear when read literally. I would agree that this would have been an extricable error of law had the motion judge taken that approach.

[11] However, a close reading of the reasons shows that in the impugned paragraphs (paras. 39-40), the motion judge was not interpreting the termination clause to change its literal meaning. Rather, he was assessing the main issue in the action, whether the appellant failed to exercise its right to terminate under the clause in good faith, applying the organizing principle of good faith performance of contracts from Bhasin.

[12] At para. 39 of his reasons, the motion judge specifically identified the principle of good faith as “an operative principle in the performance of contracts” – not a principle applicable to the interpretation of contracts. Applying the principle of good faith to the performance of the termination provision, he concluded at paras. 39-40 that the principle “qualifies ISA’s rights to terminate without cause”, such that the appellant could not “simply, and in an unfettered way, determine that it is in their best interest to replace Mr. Mohamed and then terminate the contract”. He added at para. 42 that the appellant was “mistaken in thinking that it had an unfettered right to terminate Mr. Mohamed’s contract” because the caselaw supported the respondent’s understanding that “there was some element of good faith or trust in the exercise of the provision”. The motion judge then went on to find that the appellant breached the ICA by not acting in good faith when it exercised its rights under the termination provision.

[13] Having made the finding of breach, the motion judge nevertheless went on to find, essentially in the alternative, that the termination clause was void for vagueness. I would agree with the appellant that the motion judge made two extricable errors of law in the application of the principles of contractual interpretation in reaching this conclusion.

[15] Second, having found the meaning of the termination clause to be clear, the subsequent conclusion that the clause is vague and uncertain because of the differing notice requirements is inconsistent, and does not bear logical scrutiny. The motion judge identified no basis on the record for concluding that it was not the intention of the parties to require notice of termination only where the respondent’s engagement was being terminated for breach of the ICA, or that the clause could not be implemented as it reads.

[16] The result of finding two extricable errors of law in the motion judge’s finding that the termination clause is unenforceable is that the finding cannot stand and must be set aside. However, nothing ultimately turns on this conclusion, because of the motion judge’s other finding that the appellant was obliged to exercise its rights under para. 11.III of the ICA in good faith and that it breached the agreement by failing to do so.

The second question that the Court of Appeal sought to answer was “Was Information Systems Architects Inc. entitled to terminate the agreement on the basis of para. 11.III of the ICA?” The court answered that question this way:

[17] At para. 11, the motion judge accepted the evidence of the respondent on the motion that he understood the meaning of the termination clause and accepted it “because he trusted ISA not to terminate the contract for a frivolous reason.” In his discussion of good faith as an organizing principle in the performance of contracts, the motion judge referred to the respondent’s understanding that there would be an element of good faith in the exercise of the provision by the appellant, and found that this understanding was supported by the law from the Bhasin decision of the Supreme Court. He concluded that the appellant breached the ICA by terminating it in the way and the circumstances that he did.

[18] I agree that although the appellant had a facially unfettered right to terminate the contract, it had an obligation to perform the contract in good faith and therefore to exercise its right to terminate the contract only in good faith. Although the motion judge did not state explicitly the basis for concluding that the appellant breached its good faith obligation, he had reviewed the facts and circumstances earlier in his reasons. I see no error in his conclusion.

[19] Because the respondent disclosed his criminal record to the appellant right at the beginning, before signing the ICA and before commencing the project with Canadian Tire, and complied with all the requirements of the security check, the appellant’s reliance on the criminal record to terminate the contract one month later was not a good faith exercise of its rights under the termination clause of the ICA. In my view, the motion judge made no error in concluding that the appellant breached its obligation to perform the ICA in good faith by terminating it under para. 11.III on the basis of the criminal record, without trying to secure Canadian Tire’s agreement to the respondent continuing on the project, and by not offering him any other consulting project.

In the end, the Court of Appeal dismissed the appellant company’s appeals with costs of $10,000 to the respondent individual.

First, it appears that what ISA was trying to do was terminate Mr. Mohamed’s contract without him having done anything wrong and without compensating him.

The Court of Appeal basically says, you can’t do that. You cannot terminate someone’s contract without compensation if they don’t do something wrong – if you have the right to terminate at will, you have to use that power in good faith.

The Court of Appeal (and Justice Perell before) then basically mixes together a whole lot of employment-law concepts and contractual interpretation concepts and says, “the employer did not have cause to terminate the contract, and therefore damages in lieu of notice are owing.” I mean, at the end of the day, that’s what this case looks like: the employer (ISA) attempted to argue cause, the court said “that’s not cause”, and awarded damages as if it was an employment case.

The problem is that because this was not an employment case, the court couldn’t just say that, so instead we get this really disconcerting language about the fettered right to exercise a contractually unfettered right.

Is the decision right? It gets where it should. If this was a true employment case, everyone would nod and move on and it wouldn’t really amount to much.

In my own opinion, the right to terminate without cause remains as it has been, because the right to terminate without just cause is not wholly unfettered: notice of termination or a payment in lieu of notice must be provided. Therefore, so long as such notice is provided, then the whole of the right is exercised in good faith. Where insufficient notice is provided, the termination is said to be “wrongful” and one has a cause of action.