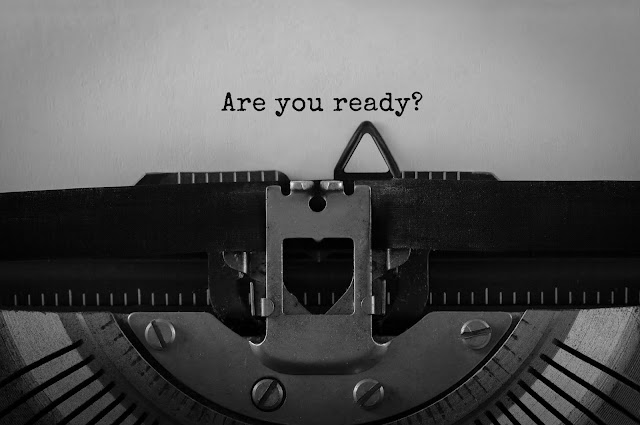 Those were the questions answered by the Honourable Justice Mark L. Edwards of the Ontario Superior Court of Justice in English v. Manulife Financial Corporation, 2018 ONSC 5135 (CanLII)

The Plaintiff employee began her employment with Standard Life in March 2006. Standard Life later merged with, or was acquired by the Defendant, Manulife Financial Corporation (Manulife), in July 2015. The Plaintiff’s most recent position with Manulife was that of a Senior Customer Relationship Manager, Group Savings and Retirement. The Plaintiff is presently 66 years of age.

Towards the end of 2015, Manulife announced that all of its customer information would be converted to a new computer system beginning in January 2016, (the “conversion”).

The Plaintiff’s immediate supervisor was a gentleman by the name of Mr. Ramnath. On September 22, 2016, the Plaintiff met with Ramnath and advised him that she would be retiring effective December 31, 2016. The Plaintiff attended the meeting with Ramnath, with a written notice of retirement that she had typed up herself and which she gave to Ramnath. The notice of resignation read as follows:

This will serve formal notice that I will be retiring effective December 31, 2016.

I have enjoyed working at Standard Life/Manulife for the past 10 years very much, and want to thank you very much for all your support during my tenure.

I especially want to express my gratitude for all your support and understanding during my very difficult times in 2012 and again in 2015.

I will entertain a part-time position, two or three days per week, should be possible [sic], but I understand if it is not.

Again thank you so much for everything.

On October 11, 2016, Manulife announced that it would suspend the conversion indefinitely. As a result of this change, the Plaintiff decided that she would withdraw her notice of retirement.

The Plaintiff alleged that on October 12, 2016, she had a discussion with Ramnath as to whether or not Manulife had done anything with respect to her notice of retirement. The Plaintiff maintained in her evidence that on October 26, 2016, she advised Ramnath that she was rescinding or withdrawing her notice of retirement because Manulife was no longer proceeding with the conversion.

The Plaintiff did not put her rescinding or withdrawal of the notice of retirement in writing.

There was a dispute in the evidence as to whether the meeting occurred on October 12, 2016 as suggested by the Plaintiff, or whether it occurred toward the end of October 2016 as suggested by Ramnath in his evidence. Regardless, there was no dispute that a meeting did take place. Other than Ramnath acknowledging the Plaintiff’s request to rescind her notice of retirement, there was nothing in the evidence that suggested that Ramnath actually agreed that the Plaintiff could rescind her notice of retirement when they had their meeting in October 2016.

Between the time when the Plaintiff provided Ramnath her notice of resignation and the meeting in October 2016 when the Plaintiff purportedly sought to rescind her resignation, the evidence established that Ramnath had advised the Human Resources Department of Manulife about the retirement notice. Manulife then began to develop a plan that would move the Plaintiff’s head count to the Defendant’s West Region because it required more capacity, and to distribute the Plaintiff’s caseload to other Central Region Relationship Managers and to thereafter eliminate her position in the Defendant’s Central Region.

Between November 14 and 25, 2016, there were numerous emails between Ramnath and Hall at the Defendant’s Human Resources Department concerning how the Defendant should respond to the Plaintiff’s oral communication that she intended to rescind her notice of retirement. Ultimately, on November 25, 2016 Ramnath advised the Plaintiff that Manulife would continue to honour her notice of resignation.

The Plaintiff responded by letter dated November 25, 2016 to Ramnath, expressing surprise with the Defendant’s position that the Defendant would be honouring her request to retire effective December 31, 2016. The letter of November 25, 2016 purportedly set forth the Plaintiff’s understanding of what occurred at the meeting with Ramnath in October 2016, as well as her understanding of the meeting in September 2016 when the Plaintiff maintains Ramnath had told her that she could always rescind her notice of retirement if she changed her mind. Ramnath responded to the Plaintiff’s letter of November 25, 2016 by way of an email dated December 1, 2016, acknowledging her letter but further indicating “…your retirement has been accepted and we will be honouring your retirement request as at December 31, 2016”.

The Plaintiff continued to work with the Defendant until December 12, 2016, at which point she was advised by the Defendant that she need not come back to work.

The Plaintiff then sued Manulife for wrongful dismissal and payment of the sum equivalent to 16 months’ salary in lieu of notice. The case proceeded by way of motion for summary judgment.

In the opening paragraph to his reasons for decision, the Honourable Justice Mark Edwards framed the legal question to be resolved as follows: “Whether an employee who has resigned her position of employment by way of a notice of retirement may later rescind her written notice of retirement.” His Honour went on to narrow the issue, as it pertained to this particular set of facts, by saying, “The real issue, in my view, is whether or not the Plaintiff could resile from her notice of retirement such that she could rescind it effectively at any time right up until December 31, 2016.”

Justice Edwards first found that the Plaintiff’s letter of September 22, 2016 was a “clear and unequivocal notice of retirement/resignation”. His Honour came to that conclusion largely on the basis that there was no evidence that the Plaintiff was forced to submit her notice of retirement, and that she did so of her own volition. She typed the letter herself and she came to the meeting with Ramnath with that letter, with the full intention of retiring/resigning effective December 31, 2016.

Turning his attention to “the real issue”, Justice Edwards wrote the following in his reasons:

[25] … There is no dispute that the Plaintiff did have a conversation with Ramnath when she tendered her notice of retirement that she was asked by Ramnath as to whether she was sure that she wanted to retire. She was told that if she was not sure she should take her time and think about it, and that she could always change her mind. When this discussion took place between the Plaintiff and Ramnath on September 22, 2016, the Plaintiff advised Ramnath that she had spoken to a number of people and that she was sure that she wanted to retire, and she did not want to retrain as part of the conversion. She indicated to Ramnath that she was ready to retire. The notice of retirement was accepted by Ramnath.

[27] Fundamentally, this set of facts raises the question as to whether or not an employee can rescind a notice of retirement or notice of resignation after it has been accepted by the employer.

Unless the employer acted to its detriment on the expressing of intention to resign, the plaintiff remained free to change his mind…

Even if the trial judge had been correct in finding a resignation at law, it is clear, as counsel agreed, that an employee may resile from a resignation, provided the employer has not relied upon it to its detriment: see Tolman, supra. Given the finding, however, that Mr. Kieran did not resign, it is unnecessary to address the question of whether Ingram acted to its detriment.

[30] The Court of Appeal in Kieran appears - at least in part, to have relied upon an agreement of counsel, reflected in para. 34, that the law as those counsel understood it, was to the effect that an employee may resile from a resignation provided the employer has not relied upon it to its detriment. Counsel appear to have relied on Tolman in support of that agreement. The comments of the Court of Appeal at para. 34 are obiter. The law in my view has evolved, and is now more a reflection of basic contract law. If the evidence establishes that there has been an offer in the form of a notice of resignation and an acceptance of that offer by the employer, basic rules of contract dictate that there is a binding contract between the parties which cannot be resiled from.

With respect, the appellant’s statement of the law is wrong. His position runs contrary to the basic principles of contract law, which hold that all that is necessary to bring a contract to a close is the communicated acceptance of a valid offer (S.M. Waddums, The Law of Contracts, 6th ed. (Aurora: Canada Law Book Ltd., 2010), p. 20). Whether or not a party relied upon an offer to their detriment is only relevant in cases where the offer has not been accepted. Once it has been accepted, the contractual bargain (to terminate the employment relationship) has been struck.

The appellant reads this passage as saying that the employer must show detrimental reliance in order for a resignation to ever bind the employee. Respectfully, this is not the law. The passage from Ball quoted above and the jurisprudence upon which it relies, only provides for resilement in situations where the resignation has not been accepted by the employer. If the resignation has been accepted, an employer’s detrimental reliance upon the resignation is irrelevant. Mr. Kerr has not provided any authority in which an employee was allowed to resile from an accepted resignation. Nor am I aware of any. As I will explain, there are a number of cases in which an employee has been allowed to resile from an offer of resignation, but in each case the resilement occurred prior to the acceptance of the offer.

[33] The analysis of the Nova Scotia Court of Appeal in Kerr was recently followed in a decision of Sloan J. in Johal v. Simmons da Silva LLP, 2016 ONSC 7835 (CanLII), where Sloan J. dealt with the issue of detrimental reliance as follows:

[97] I agree with the Defendant that Kerr correctly sets out the law of Ontario, in that, if there has been a resignation and if the employer has accepted that resignation, then the employee is precluded from resiling from his/her resignation; in those circumstances the employer would not have to show detrimental reliance.

As a result, the plaintiff’s claim was dismissed. By agreement, no costs were awarded.

I credit and thank counsel for Manulife, Gordon Jermane, for bringing this case to my attention. I am always happy to receive cases of interest.

There is not really a lot of new law in this decision. Justice Edwards' decision does a great job of synthesising the law with respect to this area, and the decision and analysis are clear. Although he would never say it so bluntly, the decision might be reduced to the following: “Having made her bed, the Plaintiff must now lie in it.” Could Manulife have handled the situation better? Perhaps. But that is neither the question nor the test. The legal question was whether she could change her mind after having tendered her notice of resignation, and the legal answer was no. The result was that Mrs. English received nothing in consideration of the termination of her employment.