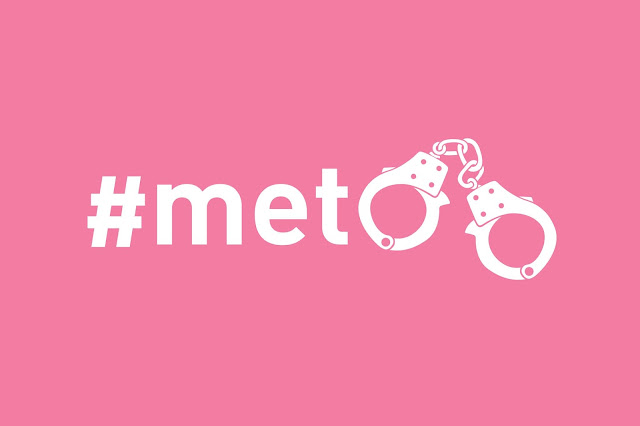 What is a reasonable assessment of damages in a civil case of sexual assault? Is the fact that a perpetrator of sexual assault has not been criminally punished a relevant factor in the decision to award punitive damages?

The appellant, Dr. Syed Ali and the respondent, Dr. Iram Zando were friends and colleagues at the Sarnia General Hospital. Both were married.

Dr. Zando alleged that Dr. Ali had sexually assaulted her at her home on June 22, 1999. The sexual assault consisted of one incident. Dr. Ali went to Dr. Zando’s home, on the pretext of an urgent matter, the completion of a medical form. While he was there he removed his shirt and then, in the bathroom, the rest of his clothes. Returning to the room, he tripped Dr. Zando, thrust his erect penis into her face, pulled down her pants and penetrated her vagina. He rolled off after Dr. Zando screamed. As she was leaving the room she saw Dr. Ali masturbate and ejaculate onto the rug. On the pretext that a patient was waiting for her, Dr. Ali had Dr. Zando drive him back to the Hospital.

In December 2001, Dr. Zando sued Dr. Ali, two other physicians, and the Hospital. Dr. Zando alleged that the sexual assault caused her to react negatively to Dr. Ali in their shared workplace. She also alleged that, as a result of her reaction to the assault, Dr. Ali instigated a campaign of harassment and discrimination at the Hospital in which the two other physicians participated. Dr. Zando settled her claims against all the defendants, except the Dr. Ali shortly before trial. She amended her statement of claim to remove all claims against the settling defendants and Dr. Ali except for those relating to sexual assault.

The trial judge, the Honourable Justice Johanne N. Morissette of the Superior Court of Justice, concluded that Dr. Ali had sexually assaulted Dr. Zando in the manner she described. Justice Morissette awarded general damages of $175,000, punitive damages of $25,000, pre-judgment interest of $155,773.97, and costs of $325,000. The trial judge’s reasons for decision were reported at 2017 ONSC 1289 (CanLII).

On appeal, Dr. Ali did not contest Justice Morissette’s finding of liability. His appeal challenged the trial judge’s assessment of non-pecuniary damages and her decision to award punitive damages.

The Honourable Justice Katherine van Rensburg wrote the following reasons for decision on behalf of the court:

[8] The appellant’s counsel acknowledges that the damages in this case are not so high as to be disproportionate. Rather, he asserts that the trial judge made two errors of principle. First, he contends that the range of damages selected by the trial judge was unsuitable as it applied to cases of severe sexual assault involving repeated abuse and breaches of trust, which are not comparable to the present case. Second, the appellant argues that the trial judge failed to apportion responsibility for the respondent’s psychological injuries between the appellant and the other defendants with whom she had settled her claim, and instead attributed all such injuries to the sexual assault.

[9] I would not give effect to these arguments. I see no reversible error in the trial judge’s assessment of the non-pecuniary damages in this case.

[12] First, there is the purpose of non-pecuniary damages in sexual assault and battery cases: “to provide solace for the victim's pain and suffering and loss of enjoyment of life, to vindicate the victim's dignity and personal autonomy and to recognize the humiliating and degrading nature of the wrongful acts” (B.M.G., at para. 132).

[14] Third, in assessing non-pecuniary damages for sexual assault, the court must first consider the important characteristics of the case to define the types of cases that should be considered for comparison purposes in establishing an appropriate range, and then select an amount of damages within that range, based on the features of the particular case (B.M.G., at paras. 136 to 140).

[16] The appellant asserts that the range set out in B.M.G., a case which involved repeated sexual assaults on a child by a person in a position of trust, was adopted in Evans although that case involved a single incident of sexual assault (by an on-duty police officer after a traffic stop). The appellant contends that the range adopted by the trial judge is appropriate for cases of serious and repeated sexual assaults, including those on children and by persons in positions of trust. The appellant argues that the appropriate range in this case was $20,000 to $50,000, such that non-pecuniary damages of no more than $50,000 ought to have been awarded. He contends that this was a single incident involving persons of equal status, and that there was no evidence of any long-term psychological trauma. The event took place in 1999, by 2003 the respondent had moved away from Sarnia, and the evidence at trial provided by Dr. Robinson, the respondent’s psychologist, was current only until 2006.

[17] In my view there was no error in principle in the trial judge’s determination of the range of non-pecuniary damages. The trial judge adverted to the factors set out in Blackwater v. Plint for assessing non-pecuniary damages for sexual assault. She considered the particular features of the assault in the case before her in identifying a range and in assessing the respondent’s non-pecuniary damages. It is only by reading para. 95 of her reasons in isolation and out of the context of the record that one might conclude that the trial judge was identifying a range applicable to all cases of sexual assault. In fact, the parties provided the trial judge with their written submissions as to the damages that would be appropriate in the present case. The appellant at trial, as on appeal, suggested a range that was applicable to less serious cases of sexual assault, while the respondent suggested a higher range and argued Evans as an appropriate comparator.

After Dr. Zando was sexually assaulted, she had feelings of shame, guilt, humiliation and degradation.

As a result of her cultural upbringing, she felt she had to bear this suffering on her own. Her Muslim faith and Eastern values and beliefs deterred her from speaking out immediately and making it public.

As Dr. Robinson testified, Dr. Zando’s feelings of betrayal and mistrust regarding a colleague who she perceived was attempting to control or sabotage her career, are reasonable and legitimate feelings as a victim of sexual assault.

[19] The trial judge’s determination of damages did not depend on a finding that the respondent suffered long-term psychological trauma from the one incident of sexual assault, nor in my view would it be an error in principle for a trial judge to assess damages at that level in the absence of evidence of such long-term injury. As noted earlier, damages for sexual battery or assault are not solely to compensate for physical or mental injuries. They fulfill a range of functions, including “the recognition of the humiliating and degrading nature of the wrongful acts” (B.M.G., at para. 132).

[20] In all the circumstances, I see no error in principle in the trial judge’s selection of the appropriate range of non-pecuniary damages in this case or in her assessment of Dr. Zando’s damages. Again, I note that the appellant’s argument was not that the damages award was so high as to be disproportionate.

[21] As for the argument that the trial judge did not take into consideration the other potential contributors to the respondent’s mental state, I disagree. The trial judge was aware of the fact that the respondent had reached a settlement with the other defendants for her alleged harassment by them. She rejected the argument that Dr. Zando’s psychological injuries were caused by the alleged harassment that was not before her. The trial judge determined that Dr. Ali had not harassed Dr. Zando, a factor that she indicated was relevant to her assessment of damages. The focus of the trial judge was to determine damages for the sexual assault. I am not persuaded that the damages assessed by the trial judge improperly included in her assessment of damages an amount that would be attributable to harassment of Dr. Zando by the other defendants.

[22] Punitive damages are awarded when a defendant’s misconduct is so outrageous that such damages are rationally required to act as a deterrent: Hill v. Church of Scientology of Toronto et al., [1995] 2 S.C.R. 1130, at para. 197.

[23] The appellant argues that punitive damages were unwarranted in this case. He says that the trial judge failed to undertake the required analysis, in particular to determine whether the non-pecuniary damages she had already awarded for the sexual assault were sufficient to accomplish the goals of denunciation, deterrence, and punishment. Instead, she assumed punitive damages were required simply because the appellant had not been charged criminally.

[24] I disagree. The trial judge’s decision with respect to punitive damages was based on the fact that the appellant’s conduct in sexually assaulting the respondent was morally reprehensible and should be punished and denounced, and that he had not been punished criminally. The fact that he had not been punished criminally was a relevant factor (to satisfy the court of the need for such damages as deterrence) but was not the reason punitive damages were awarded. As such, I see no reversible error in the trial judge’s decision to award punitive damages in this case.

For those reasons, the court dismissed the appeal. It awarded costs to the respondent in the amount agreed by the parties, being the sum of $15,000 inclusive of HST and disbursements.

The amount for which Dr. Zando settled her case against the hospital is unknown. It might also be noted that, according to the College of Physicians and Surgeons of Ontario, Dr. Ali continues to practice medicine.

Awards for sexual assault and harassment, especially in the workplace environment, have been somewhat limited in Ontario. For the last few years, the decision of the Human Rights Tribunal of Ontario in O.P.T. v. Presteve Foods Ltd., 2015 HRTO 675 (CanLII) has been regarded as the “high water mark” for such damages.

In my assessment, the Superior Court’s decision to award, and the Court of Appeal’s decision to affirm, such damages in a case of a “single incident” reflects the start of a sea change with respect to such cases. Whether the decision to award substantial damages in a case where no criminal proceeding was completed (I don’t know whether one was ever commenced) is a further reflection of the civil courts doing what the criminal courts (for a whole host of reasons) cannot is a question left for another day. I am not discounting the possibility however.