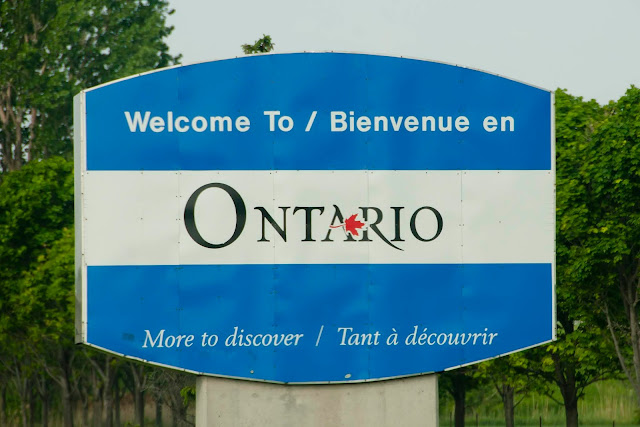 Can an employer and employee agree by contract that the laws of Ontario, Canada will apply to terms of their employment relationship, even if: (a) the employee works and is physically situated in in Los Angeles, California; and (b) the company is a New Jersey company with its head office in the State of Connecticut?

If the answer to that question is “yes”, do / can the employment standards set out in the Ontario Employment Standards Act, 2000 apply to such an employee?

Those were some of the questions put to the Honourable Justice James F. Diamond of the Ontario Superior Court of Justice in the case of McMichael v The New Zealand & Australian Lamb Company, 2018 ONSC 5422 (CanLII).

As recorded in Justice Diamond’s reasons for decision, there was no real dispute that the plaintiff worked for US Lamb, a New Jersey company with its head office in the State of Connecticut, and that the plaintiff was physically situated in the State of California. The plaintiff was employed pursuant to the terms of a written contract of employment, which was drafted by counsel retained by US Lamb. Regardless of all those undisputed facts, it also appeared to be agreed that Ontario law governed the employment agreement and the employment relationship between the parties. Those are really all the facts required to appreciate the decision.

Why did Ontario law govern the employment relationship? That question is not answered by the decision.

Why did the plaintiff elect to sue in Ontario? That question is not wholly answered by the decision either, but hints as to why are dropped in the decision. For example, Justice Diamond noted that, the plaintiff’s action against The Lamb Co-Operative, Inc. (“Canada Lamb”) was stayed. A consent order set out a series of circumstances under which the stay could be lifted against Canada Lamb, i.e. if a judgment was obtained against US Lamb and not satisfied within 30 days, or if US Lamb ceased operations prior to any judgment being obtained against it. That’s as close as we get though. I digress.

One of the questions that the court had to resolve was: Did clause 3(e) of the Employment Agreement preclude the value of the plaintiff’s lost benefits in the calculation of reasonable notice?

Because it was material to the court’s analysis, here is what paragraph 3(e) said:

Pay in lieu of notice will be calculated on the basis of the Employee’s annual base salary as of the date he receives notice of termination. Bonuses and other forms of additional compensation will not be considered part of the Employee’s annual base salary. The Employee’s rights and entitlement under any performance bonus shall terminate effective as of the date of his or her termination of employment, or as at the date he or she receives notice of termination, if pay in lieu of notice is provided.

Pay in lieu of notice will be provided in regular monthly instalments and shall be subject to all deductions and withholdings required by law.

In finding that paragraph 3(e) of the Employment Agreement did not preclude the value of the plaintiff’s lost benefits in the calculation of reasonable notice, Justice Diamond reasoned as follows:

[38] As previously stated, the law of Ontario governs the Agreement and the employment relationship between the parties. As held by the Court of Appeal for Ontario in Singer v. Nordstrong Equipment Limited 2018 ONCA 364, in addition to lost salary, in a successful action for wrongful dismissal an employee is entitled to damages for the breach of his/her contract of employment, including the pecuniary value of lost benefits flowing from his/her dismissal.

[39] Section 60(1)(c) of the Employment Standards Act 2000 S.O. 2000 C. 41 (the “ESA”) mandates each employer to include whatever benefit plan contributions would be required to maintain benefits under such plan until the end of any notice period. As held by the Court of Appeal for Ontario in North v. Metaswitch Networks Corporation 2017 ONCA 790 (CanLII), section 5 of the ESA prohibits employers and employees from waiving or contracting out of any employment standard prescribed by the ESA save to provide a greater benefit to the employee.

[40] Thus clause 3(e) of the Agreement appears to be void and unenforceable in Ontario. However, US Lamb relies on section 3(1) of the ESA which provides that all employment standards set out in the ESA only apply to an employee if his/her work is to be performed in Ontario, or outside Ontario as a continuation of work performed in Ontario. As the plaintiff resided and worked for US Lamb in California, US Lamb argues that the provisions of ESA do not apply to the plaintiff. Put in another way, clause 3(e) “boomerangs” back to being enforceable due to (a) the law of Ontario applying, but more narrowly (b) the provisions of the ESA not applying.

[41] In response, the plaintiff relies upon the decision of the Court of Appeal for Ontario in Landsbridge Auto Corp. v. Midas Canada Inc. 2010 ONCA 478. In Landsbridge a group of franchisees brought a class action against a franchisor for, inter alia, damages for the breach of the duty of fair dealing under the provisions of the Arthur Wishart Act (Franchise Disclosure), 2000 S.O. 2000 C. 3 (“the AWA”). Some of the franchisees who formed part of the defined class operated outside of the province of Ontario. Section 2(1) of the AWA states that the provisions of the AWA apply to franchise businesses “operated partly or wholly in Ontario”. As a result, the franchisor argued that those franchisees who carried on business outside of Ontario had no standing to claim a breach of a duty of fair dealing under the AWA.

[42] In upholding the original decision of Justice Cullity, the Court of Appeal for Ontario held that as the parties had agreed to the law of Ontario governing the validity, construction, performance and enforcement of the franchise agreements, the most reasonable inference was that the parties intended to have all their rights and obligations be the same, ie. as if the business operations of all franchisees were operated in Ontario. A choice of law clause often bears no relationship to the location in which the contract is to be performed. A governing law can thus be the law intended by the parties. As long as that choice is “bona fide and legal, and there is no reason for avoiding the choice on the ground of public policy”, then the law will govern the contract.

[43] Accordingly, the plaintiff submits that, using the same logic applied to the ESA, by agreeing to Ontario as the governing law, the plaintiff and US Lamb agreed that the provisions of the ESA would apply to them regardless of where the plaintiff was situate when he performed his employment functions for US Lamb.

[45] US Lamb’s argument is attractive. The plaintiff appears to be speaking out of both sides of his mouth, as he has sought to excise his vacation pay claim from being governed by the laws of the province of Ontario, and advance that claim in California under the provisions of California Labour Code. Such a step could render the rationale in the Landsbridge decision inapplicable.

[46] To reject the plaintiff’s argument, I must be satisfied that granting him the relief sought would not violate conceptions of essential justice and morality. On the record before me (which I am to assume represents all the evidence available to the parties), I cannot conclude that such public policy grounds exist. No expert evidence proving the foreign law of California was tendered on the plaintiff’s motion, and thus I have no ability to determine whether the plaintiff’s claim for vacation pay under the California Labour Code could possibly succeed given the provisions of the Agreement. There may be a solid factual and legal basis to support the plaintiff’s decision to pursue his vacation pay claim in California, which claim may or may not prove successful.

[47] US Lamb cited no real jurisprudence in support of its request. In the absence of appellate authority confirming that the purported actions of the plaintiff could invoke public policy concerns, I believe that the rationale in Landsbridge must apply.