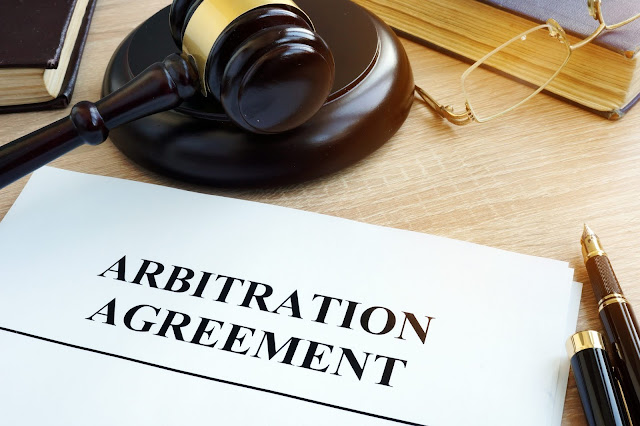 Will an arbitration clause in independent contractor agreement always be found to be illegal, if, notwithstanding that to which the parties ostensibly agreed, the worker can later allege that he is, in fact, an “employee”?

A cursory reading of the Court of Appeal for Ontario’s decision in Heller v. Uber Technologies Inc., 2019 ONCA 1 might lead those who do not practice in the area of employment law to conclude that the answer is “yes.”

Heller v. Uber Technologies Inc. is already garnering a lot of public interest and there is already no shortage of commentary on the issue. In fact, notwithstanding the facts that: (a) the decision was only released on January 2, 2019; and (b) it’s now only January 5th, this is already my own second post on this case.

My initial post, which contains a much more involved summary of the court’s decision, can be found here: ONCA says Uber's Arbitration Clause is both Illegal and Unconscionable.

This post will focus squarely on the issue of whether independent contractor agreements can legally contain an arbitration clause.

I am not going to address the court’s other finding that the arbitration clause at issue was also unconscionable at common law. That is a separate issue that goes beyond the threshold issue of whether any arbitration clause will be permissible.

At paragraph 74 of the court’s reasons for decision, Justice Ian Nordheimer wrote, “I conclude that the Arbitration Clause amounts to an illegal contracting out of an employment standard, contrary to s. 5(1) of the ESA, if the drivers are found to be employees as alleged by the appellant. … The remedy of a mandatory stay has no application.”

Justice Nordheimer’s reasoning for finding that the impugned arbitration clause amounted to an illegal contracting out of an employment standard can essentially be distilled down to the following findings:

Of critical importance, given that the position taken by Uber that the worker at issue was not, in fact an “employee” to which the ESA applied but rather an “independent contractor”, was Justice Nordheimer’s finding that:

This is a preliminary motion in a proceeding and, like many other preliminary challenges to the court’s jurisdiction to entertain a claim, the court normally proceeds on the basis that the plaintiff’s allegations are true or, at least, capable of being proven. (Para 27)

Put another way, because of when and how the motion was brought, it was legally irrelevant whether the appellant worker, Mr. Heller, is actually an “employee”; all that matters is that he now alleges that he is. This finding, and approach, are critical to the entire decision and case: it simply does not matter whether Mr. Heller is or is not an “employee”; he alleges that he is and therefore, for the purposes of this motion, at this time, the same is deemed to be true. That finding then drives all of the court’s analysis with respect to the Employment Standards Act.

So what does that mean for parties that genuinely want to include such clauses in their agreements?

The more I think about the ONCA's #Uber decision the more I am lead to believe two things:

1. Arbitration clauses in employment agreements *can* be legal; but
2. Much like ESA-minimum termination clauses, a "carving out" of ESA claims will have to be included in the arb clause.

That tweet received some responses, two of which I will consider here. First is the response from Paul-Erik Veel, who wrote:

The weird thing about a carve out to an arbitration clause is how that would look in an independent contractor agreeement: “you agree to arbitration, except if (contrary to everything in this agreement) you take the position that you’re an employee and you make a MoL complaint”

I mean... you're not wrong, but it's not that uncommon either. I frequently see similar language with respect to termination in such agreements. I.E. notwithstanding the entire point of this agreement, IF you're actually an EE, then termination is limited to the ESA...

In support of my Twitter hypothesis and adding some important nuance was Dennis Buchanan, who wrote:

That's right. If you want a contractual clause limiting an employee's rights, you typically need to ask "Could this operate to thwart employment standards entitlements?" If yes, expressly exclude such standards from those limitations. (Also beware unconscionability, though...)

As to how such a carve out could be accomplished, if our experience with trying to draft termination provisions provides any insight, this should prove to be a years-long exercise in frustration.

The takeaway for employees with labour pains is that you may not be stuck with the agreements that you have “accepted”. While this case is likely not yet done, it demonstrates that Ontario’s courts will likely not give a warm welcome to the idea of arbitration clauses being used to contract out of the ESA.

The takeaway for “employers” is as I said in my tweet: I remain of the opinion that “employers” can include arbitration clauses in their contracts, should they wish to. But, such clauses will have to ensure that they comply with the strictures of the ESA. Any failure to comply with the ESA, even if only hypothetical, will likely result in the clause being voided by the court.